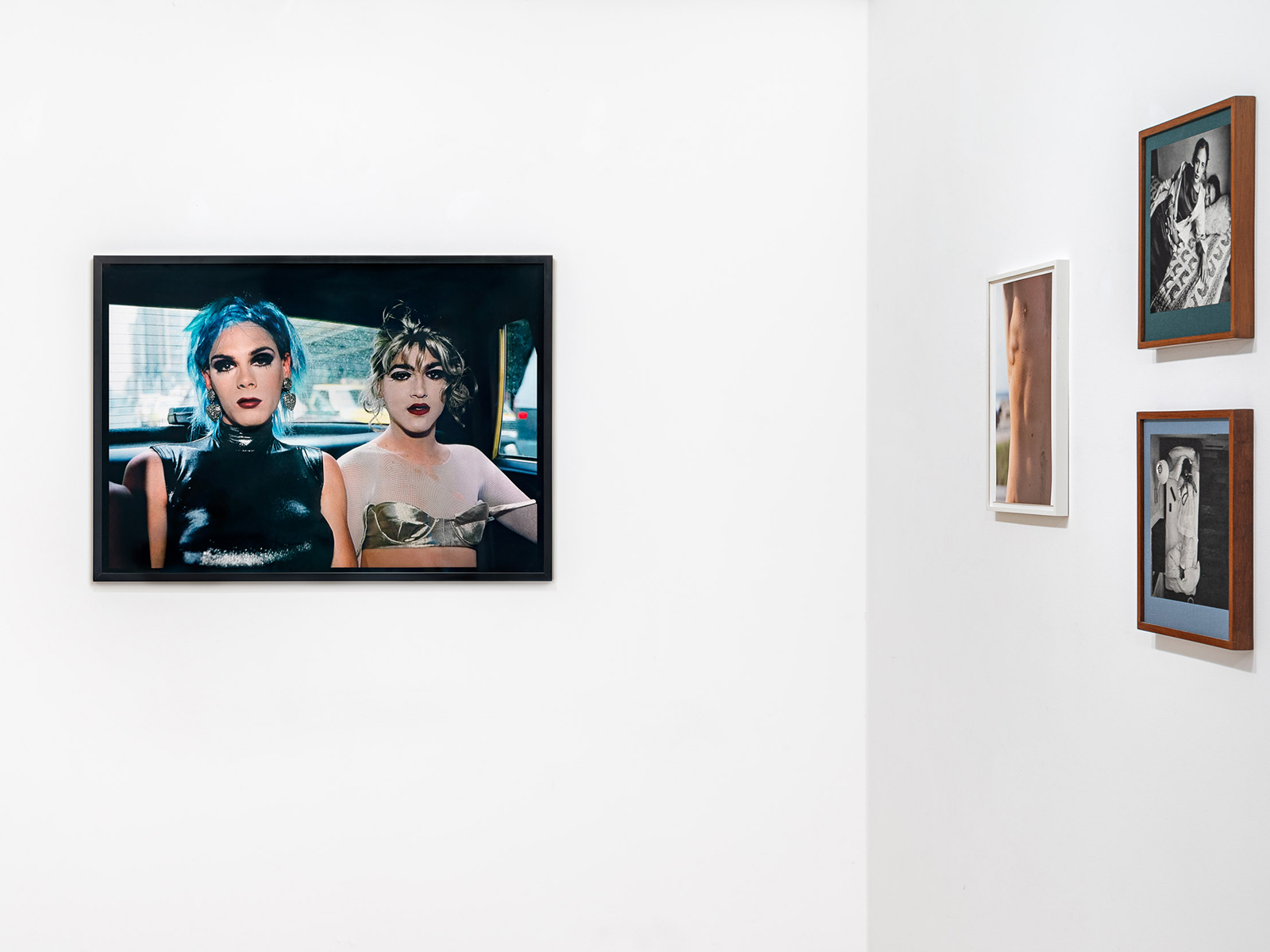 ALMA ZEVI is delighted to inaugurate the 2021 Venice gallery programme with The Portrait in Focus. Ten international artists are included in a selection which examines how their work has pushed the boundaries of the photographic portrait genre. These photographs take many different forms, yet they all encourage visual, conceptual and philosophical readings. The pieces on view date from the early 1990s (in the case of Nan Goldin’s iconic work), to recent projects shown for the first time in Italy (for example, the digital photo collages of Alberta Whittle).

The photographic image is widely understood as a way to view and accurately document one’s surroundings in order to comprehend the world. In parallel, image manipulation and photomontage have also increasingly become very common practices for photography, in the digital era, opening a multiplicity of options and stimulating unexpected approaches to the visual language. Artists have used the photographic medium as a tool of communication and as a way of filtering and framing different narratives. The pieces in this exhibition explore social dynamics, identity and a multiplicity of truths. It is indelibly a complex area of representation; photography as a mirror to reality also hides inner complexities.

Portraiture is one of the most explored themes in photography; creating a direct connection between the artist and their chosen sitter. The photographic portrait is frequently the catalyst for deeper reflection on those represented: who they are as individuals as well as what they might symbolise in a wider context. Portraiture also often exposes relationships between those shown together in images. Representing ‘the other’ can introduce social, political, or gendered discourses.

Larry Achiampong’s (b. 1984) practice incorporates his British-Ghanaian heritage with postcolonial critiques and his own cultural experience. Included in this exhibition are two photographic series, Glyth (2018) and Ordinal (2016), consisting of archival family photographs. The artist obliterates the subjects by placing black circles with red lips over their faces, recalling the derogatory ‘blackface’ characters popular in Europe in the 19th century and which, Achiampong points out, were still prevalent in advertising throughout the 1980s and 1990s. By obscuring the faces, these individuals lose their identity, becoming universal symbolical of the struggle of the representing the black body. Achiampong asks us to what extent stereotypes and systemic racism have been eradicated from contemporary society. Achiampong’s work from the Glyth series have recently been acquired by Tate for their collection.

Alain Baczynsky (b. 1953) is an Israeli artist whose work centres around identity, empathy and the limitations we encounter when trying to understand each other. The piece exhibited, Sivane (2013-2019), is a diptych showing a self-portrait of the artist alongside one of his daughters, (Sivane). Both are taken in the same style: a frontal pose with a neutral expression, similar to a passport photo. However, Baczynsky’s eyes are not his own: he digitally cuts out Sivane’s eyes and pastes them onto his own. In doing so, he enacts a shift of identity by appropriating the gaze of the other. This piece is part of a series entitled HATUFIM, which was first shown at ALMA ZEVI Venice in the artist’s solo exhibition in 2019.

Tereza Cervenova (b. 1991) is a young Slovak photographer whose work is characterized by juxtaposing delicate imagery and soft light with political and personal references. The artist often photographs people who play an important role in her life as she is drawn to the connections that exist between herself and the sitter(s). Her piece Tomky, Borský Svätý Jur, Slovakia; August, 2016 is a celebration of youth and playfulness. It is also part of Cervenova's project June, which, conceived after the Brexit referendum in 2016, is a poignant commentary on the displacement of young people in Europe. A young boy and older figure are depicted while swimming and collecting shells alongside a lake. This spontaneous image becomes poetic and meditative as a result of the artist’s careful framing. The hazy focus creates a painterly, other-worldly dimension which is often found in Cervenova’s work.

Nan Goldin’s (b. 1953) iconic work Misty and Jimmy Paulette in a taxi, NYC (1991) is centrally positioned in the exhition. Goldin depicts two drag queens sitting in the back seat of a New York taxi, both of whom stare directly into the camera. Throughout the artist’s career of almost five decades, Goldin’s lens has explored gender politics and the plurality of sexual identity. The drag queen became a popular subject in her work in the 1970s, symbolising freedom of expression. The two protagonists in this image are depicted in a candid fashion with Goldin’s flash highlighting their shiny outfits and heavy make-up.

Hassan Hajjaj (b. 1961), is one of the most important Morrocan artists working today. His style of portraiture is highly staged and has roots in both studio and fashion photography. Drawing on a wide variety of pop cultural references, Hajjaj’s portraits typically include bright colours and geometric patterns within their compositions, both in the background and on the branded clothing  specifically made for his sitters. Southpaw (2012), exhibited here, shows a young veiled woman wearing boxing gloves and ready to fight. Her powerful pose and boxing attire challenge ideas around women, religion and dress. The image is framed by a border of harissa cans, a reference to food which provides a further commentary on the role of women in the domestic sphere.

Tom Lovelace (b. 1981) is a London-based artist who works at the intersection between photography, sculpture and performance. Within this exhibition, Lovelace’s interest in examining the relationship between portraiture photography and his own body is explored. The diptych, entitled In Preparation (2012), belongs to a series of photographs in which industrial objects and material are assembled in a state of precarious balance. Different degrees of tension, balance and weight create a pair of dynamic portraits; in this case, the artist himself steps on his assemblage, carrying out a performance, witnessed by the eye of the camera.

Jean Pigozzi (b. 1952) is a French-born, Italian photographer. His work can be generally defined as belonging to the spontaneous snapshot genre; he has been using a Leica camera since a young age to capture the world around him. Pigozzi’s diaristic practice reveals observations of his own daily life and those of his immediate social circle. A less well-known series of his portraits is shown here: those of Pigozzi’s beloved Vizsla dogs who are his constant companions at his home in France. These highly energetic dogs are pictured in the act of play-fighting; black-and-white images that are full of movement and drama. The viewer is forced to make judgement on what they see; Pigozzi shows the animals in a situation which teeters between affection and brutality.

Dayanita Singh (b. 1961) is India’s pre-eminent photographer, whose career started in photo-journalism and quickly expanded into a wide-reaching artistic practice which encompasses the representation of architecture, archives, museums and more. Her photographic production is deeply intertwined with the notion of the photobook, which she defines as her “book objects”. The works from Museum of Chance (2015) that are exhibited here are an extraordinary example of these, consisting of a framed book where the cover photographs becomes the focal image of the object. Capturing people has remained a central theme for Singh. Whilst one of the images exhibited conveys a relationship between two female sitters, the other is a striking self-portrait of the artist lying on a bed and holding her camera.

Wolfgang Tillmans (b. 1968) is considered one of the most influential and politically-engaged artists working today. The German photographer produces images that elude specific categorisation, instead alternating between abstract compositions, portraits, still lifes and landscapes. The artist’s piece Corporeal (2018) here on display is a cropped photograph showing the naked torso of a young man. The work is characteristic of the artist’s portraits of men, which presents unconventional and abstracted notions of male beauty. The idea of the individual is central to Tillmans’ fragmented portraits, where the artist focuses on specific details of the bodies whilst exploring traditional ideas surrounding masculinity.

Alberta Whittle (b. 1980) is an interdisciplinary artist who lives between Barbados and Scotland. Her work questions our attitudes towards history and society with specific reference to the legacies of colonialism and xenophobia. Whittle’s digital photo collage on display is from her series Celestial Meditations (2017-2018). Incorporating image manipulation and photo montage, much of the artistic process is in the post-production (rather than the shooting), of the photograph. Self-portraiture is at the centre of Whittle’s practice; in Celestial Meditations, the artist positions herself within an alternative, fantastical seascape, holding two pineapples with a downcast gaze. At once celebratory and sinister, Whittle’s collages are full of elements that recall historical traumas, the notion of the African diaspora, the proliferation of racism, the objectification of female body and the Western notion of the Caribbean as a ‘tropical paradise.’ Whittle will represent Scotland at the 59th Venice Art Biennale in 2022. 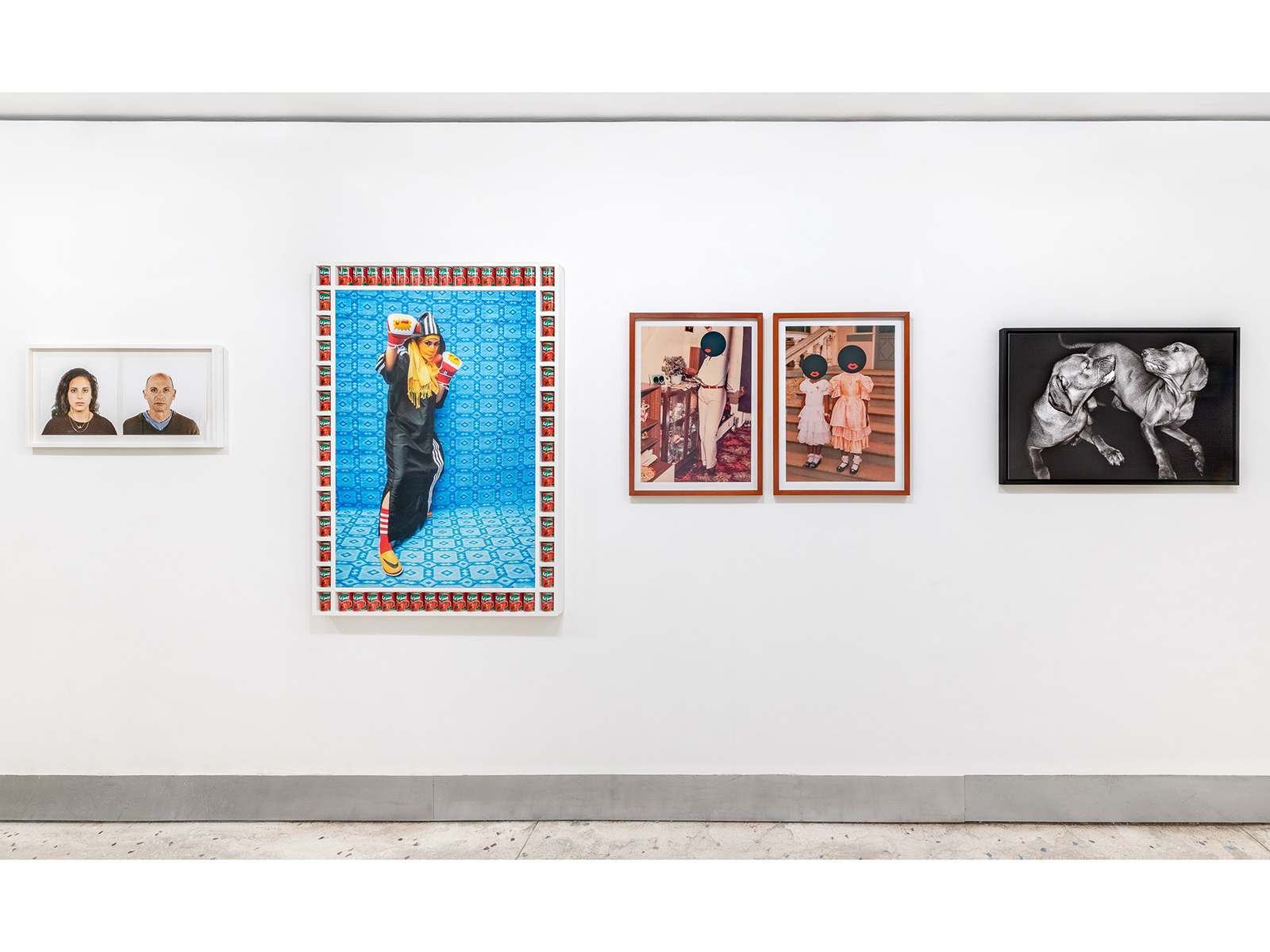 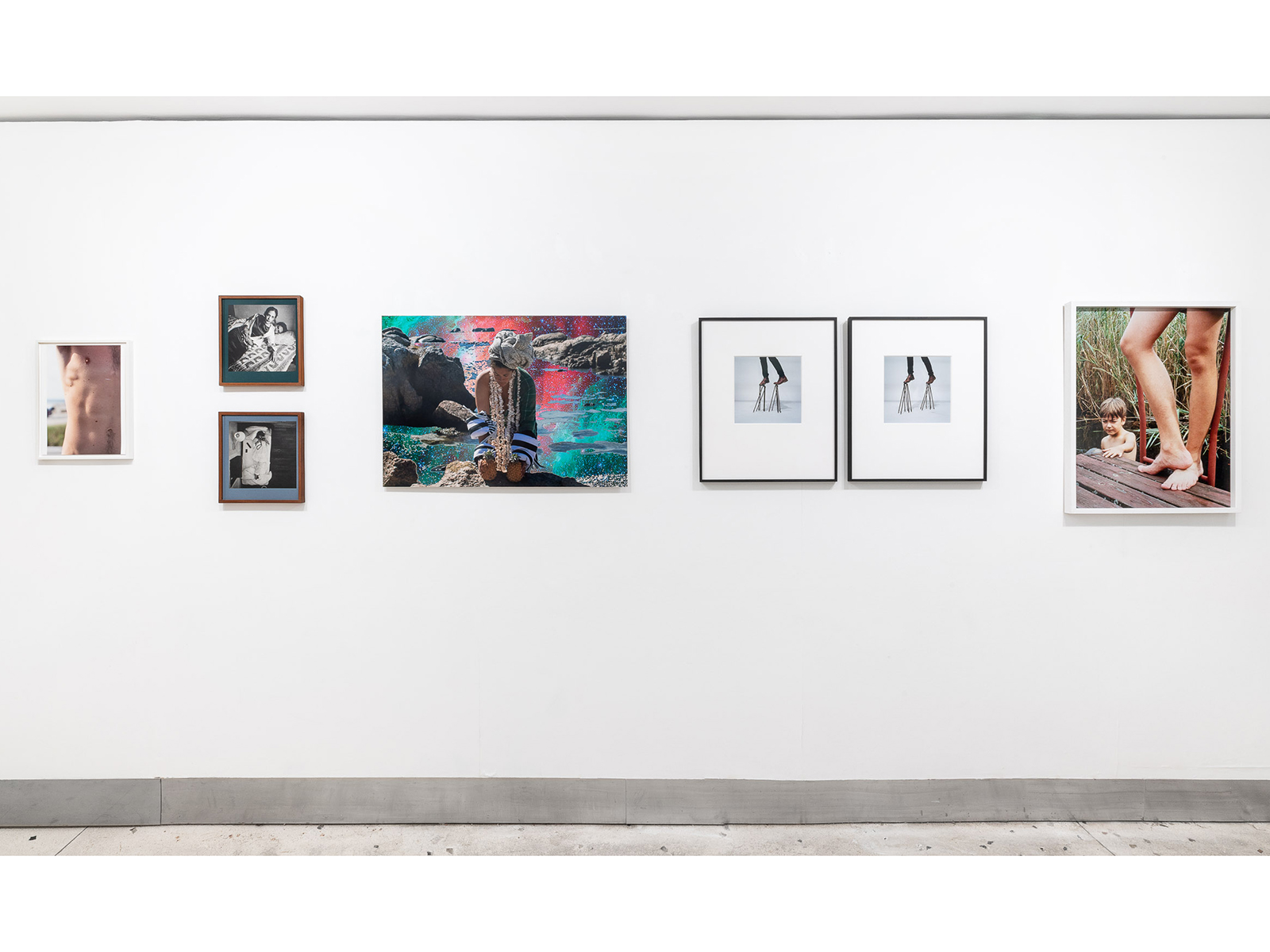 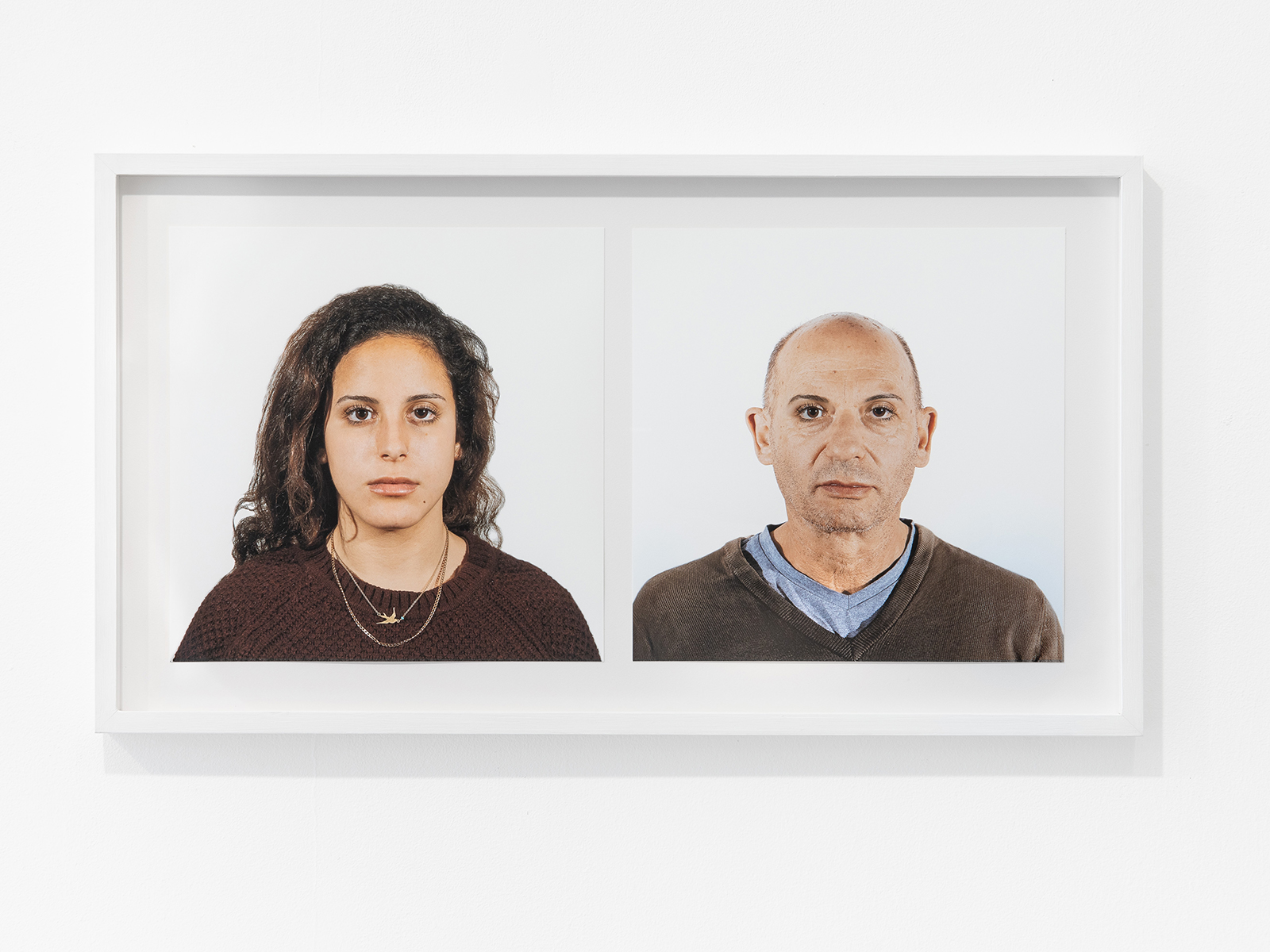 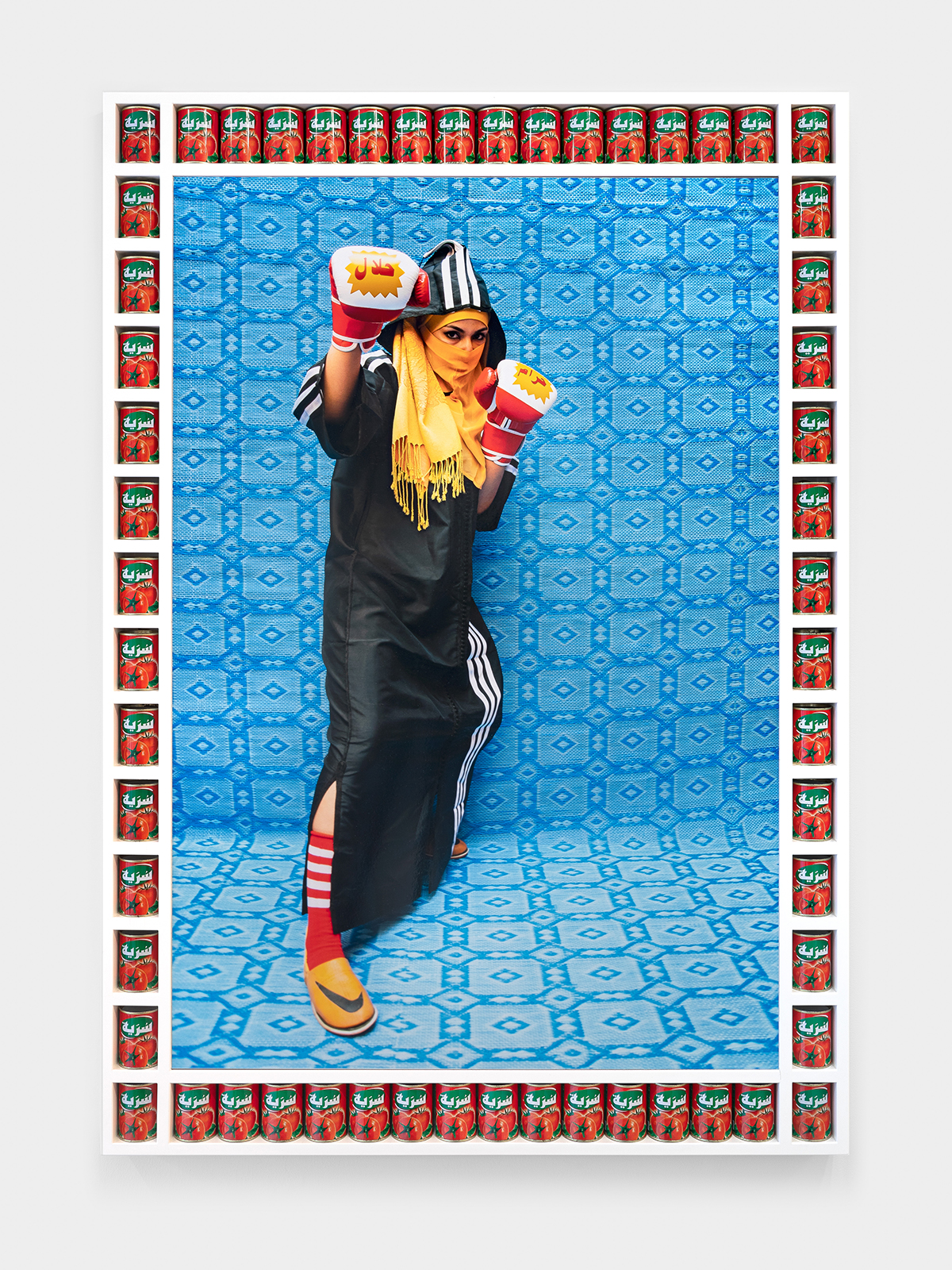 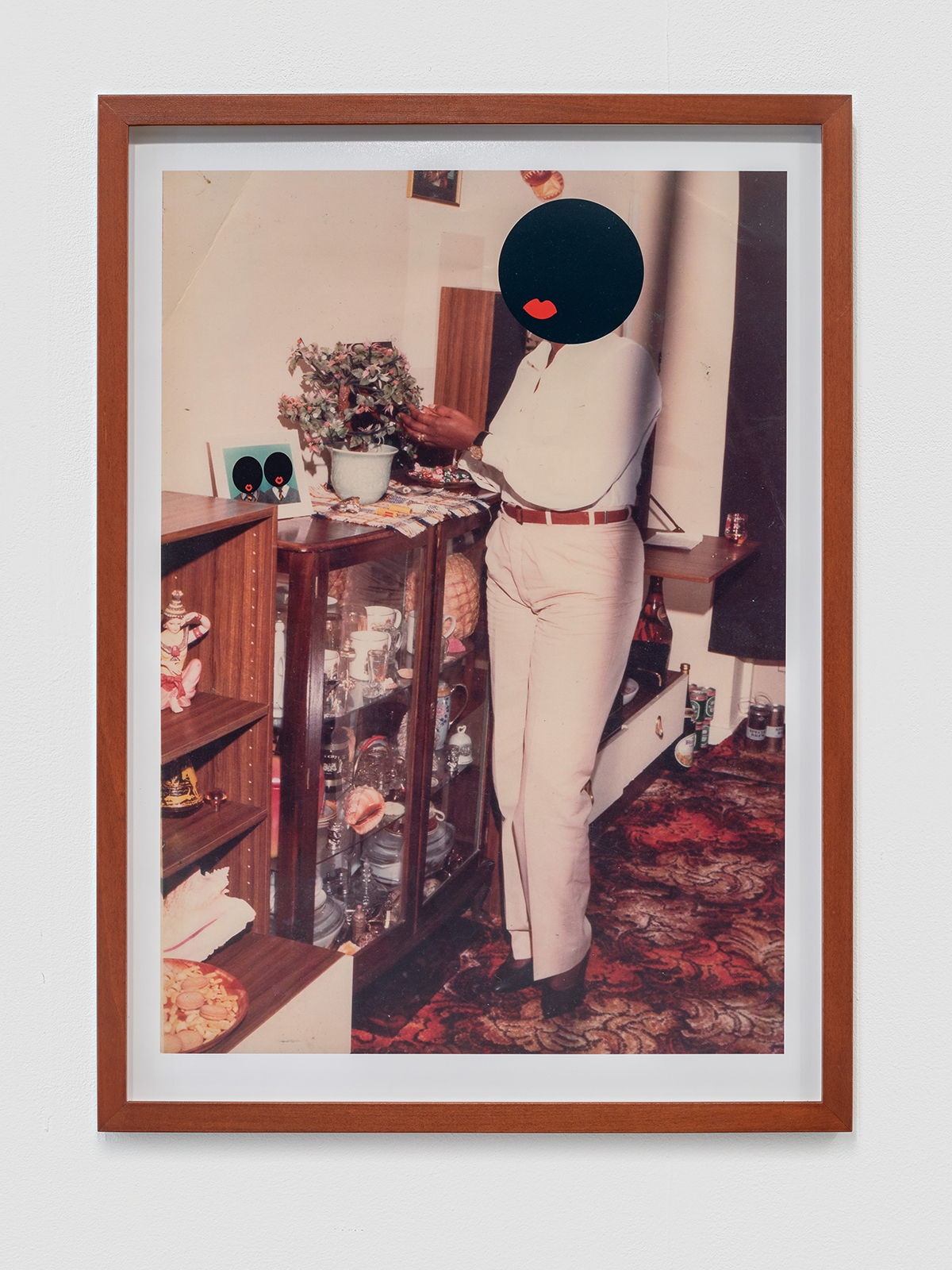 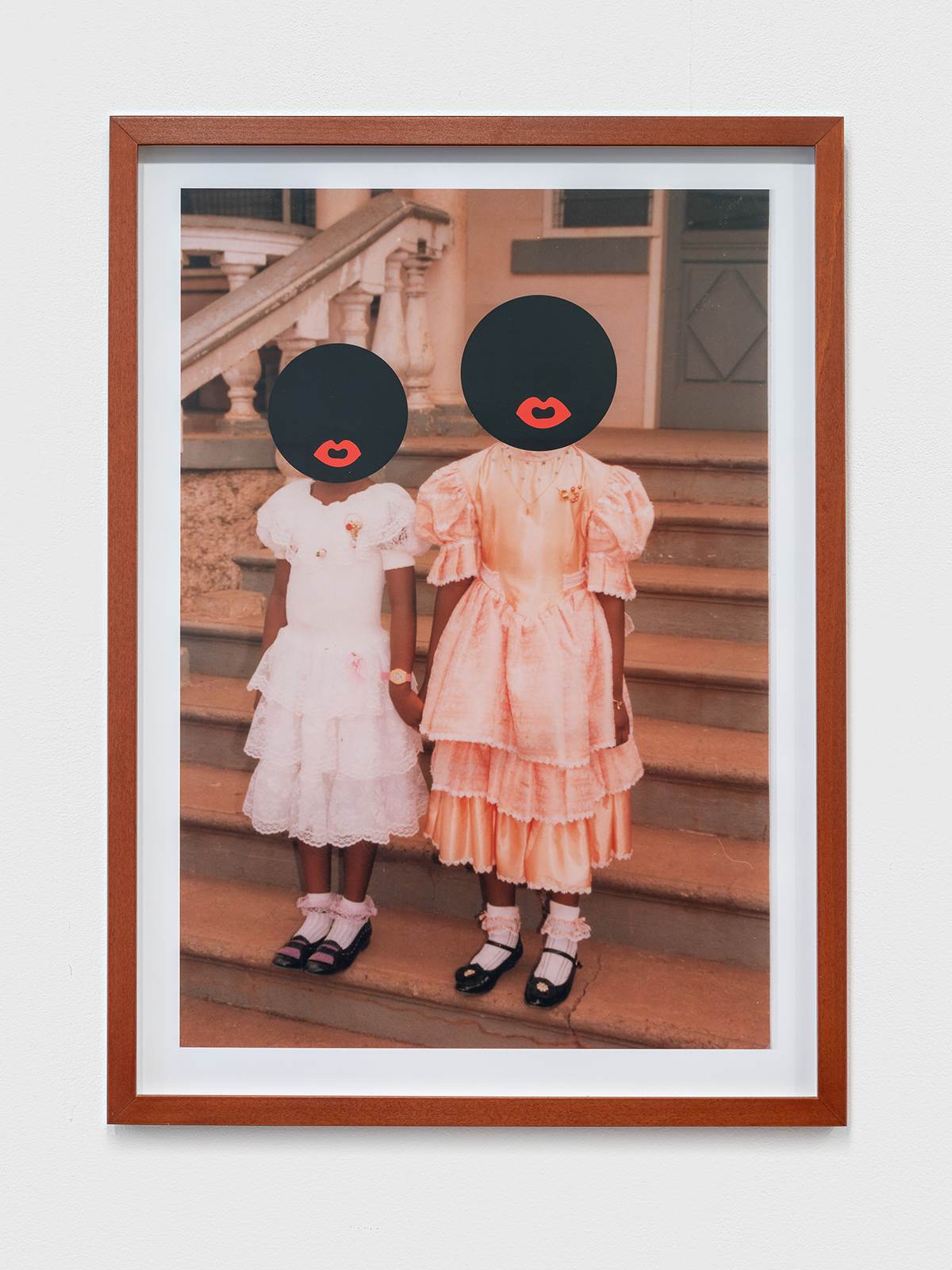 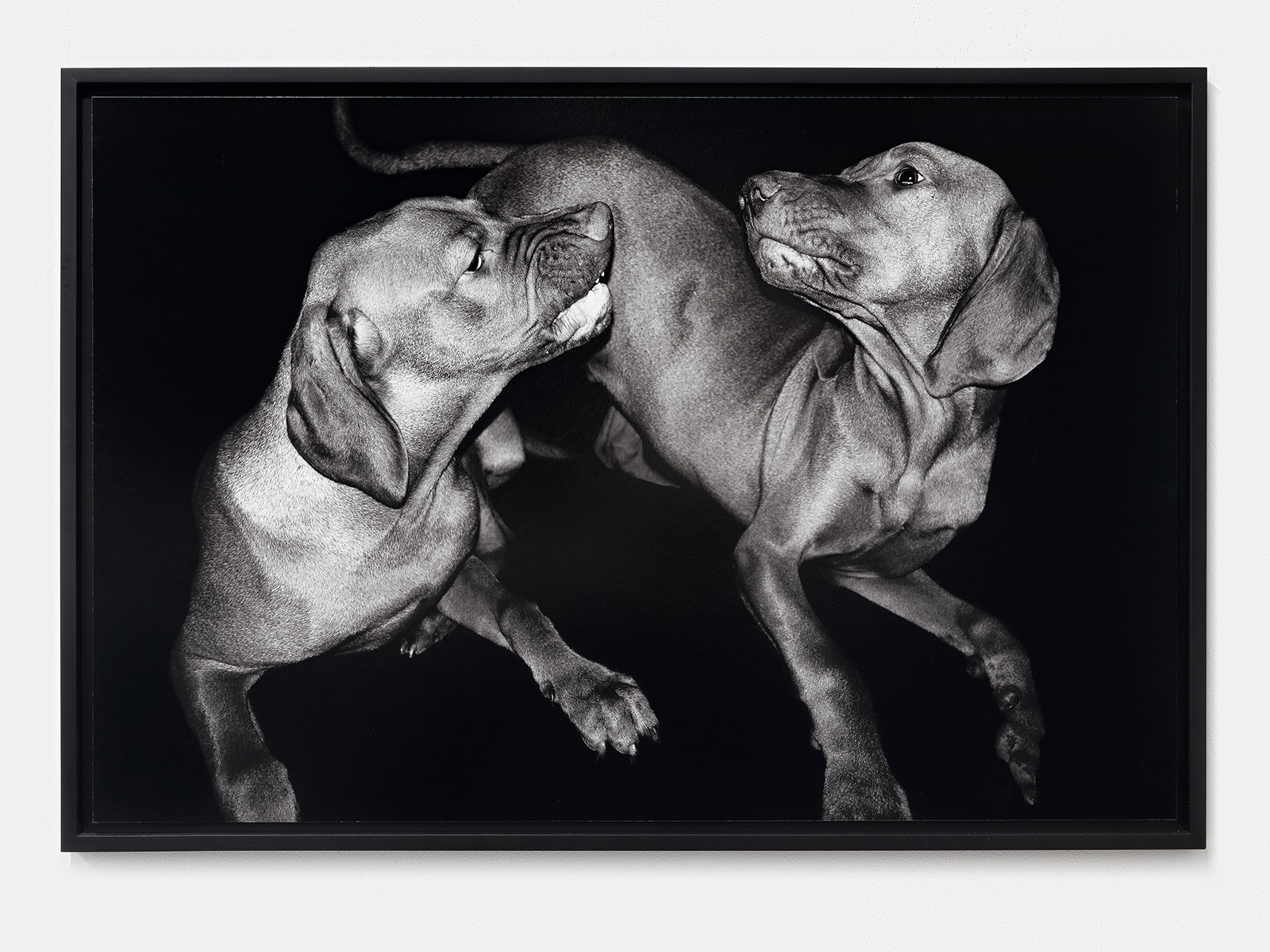 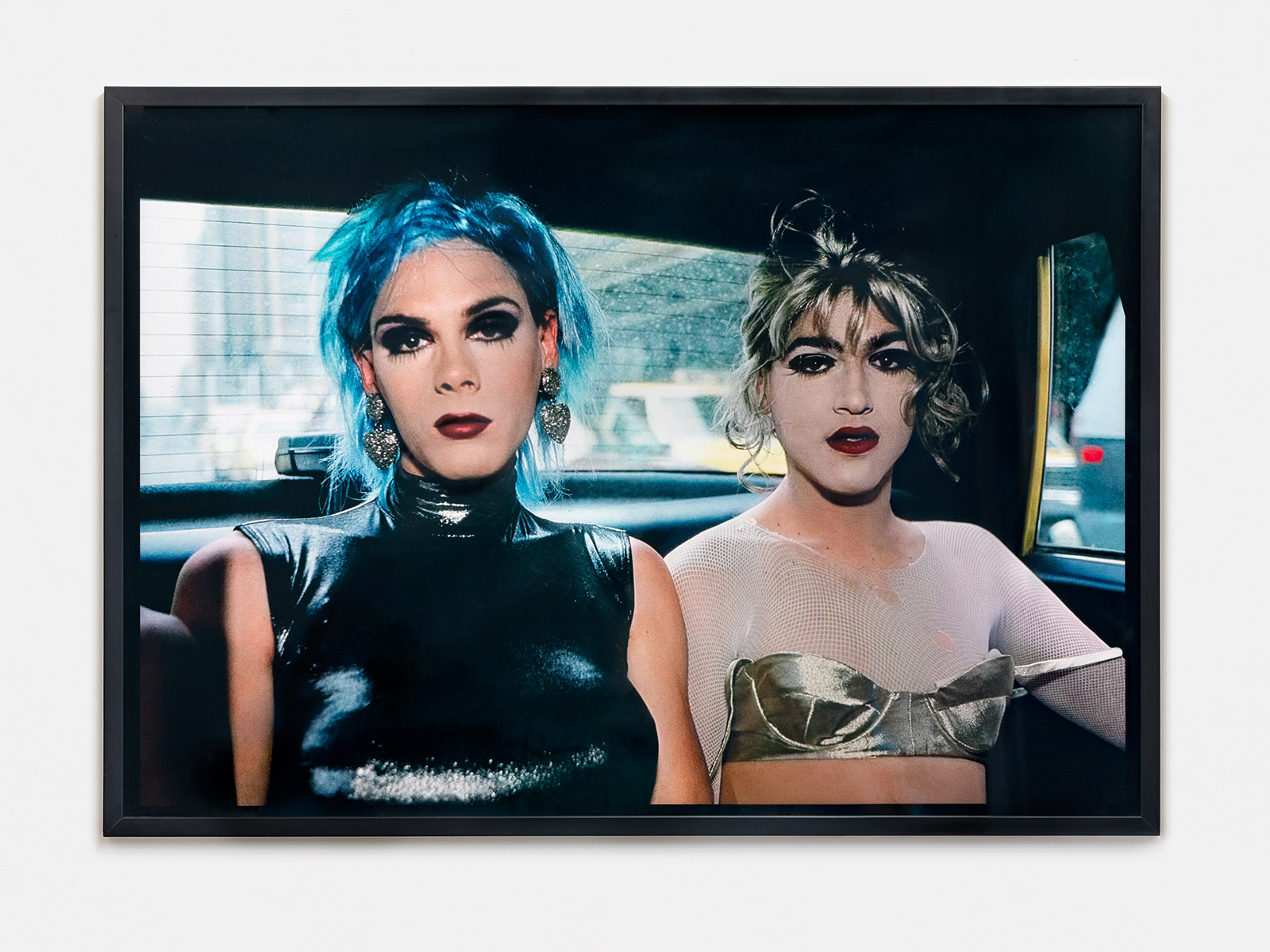 Nan Goldin, Misty and Jimmy Paulette in a Taxi, NYC, 1991 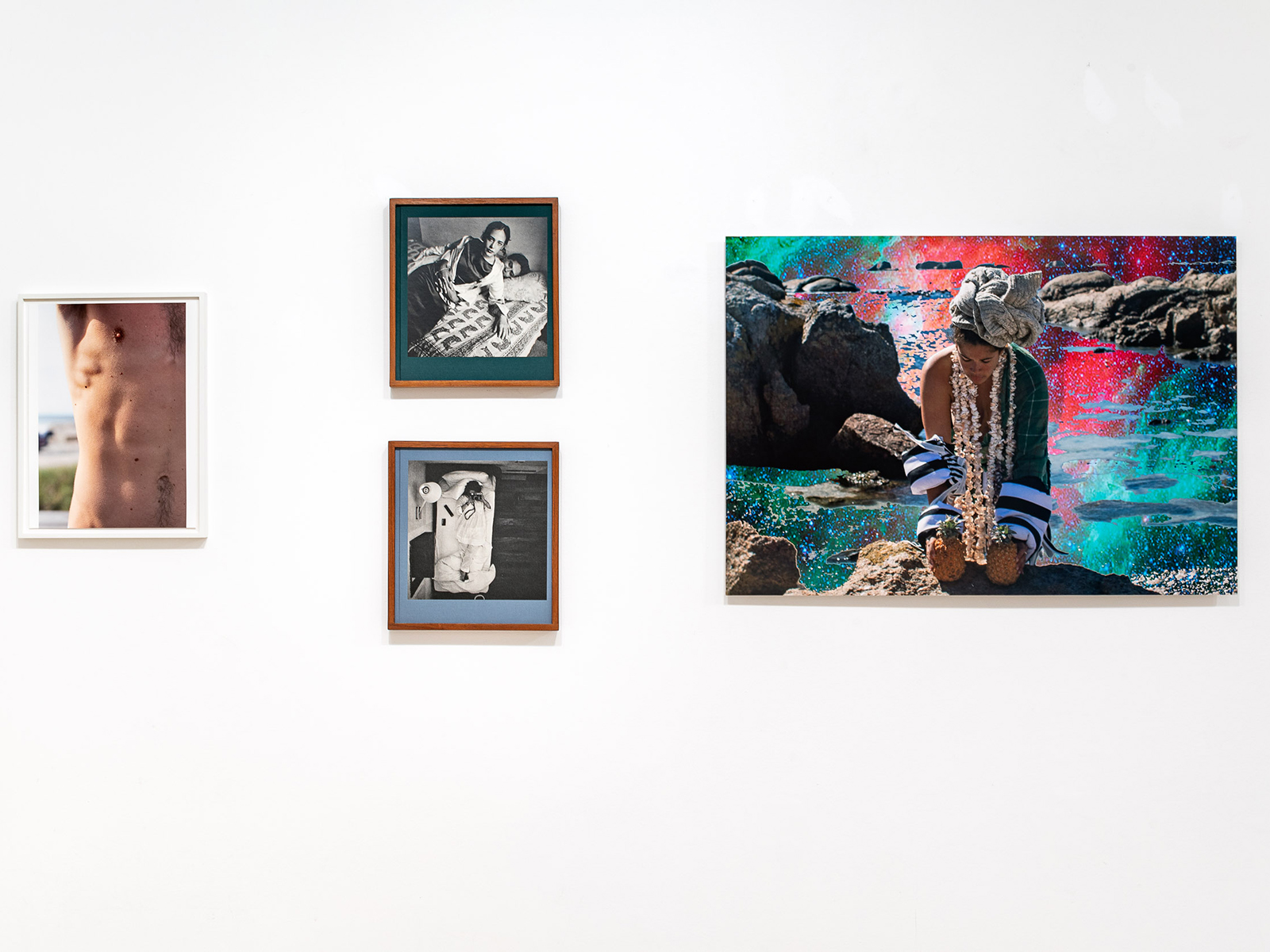 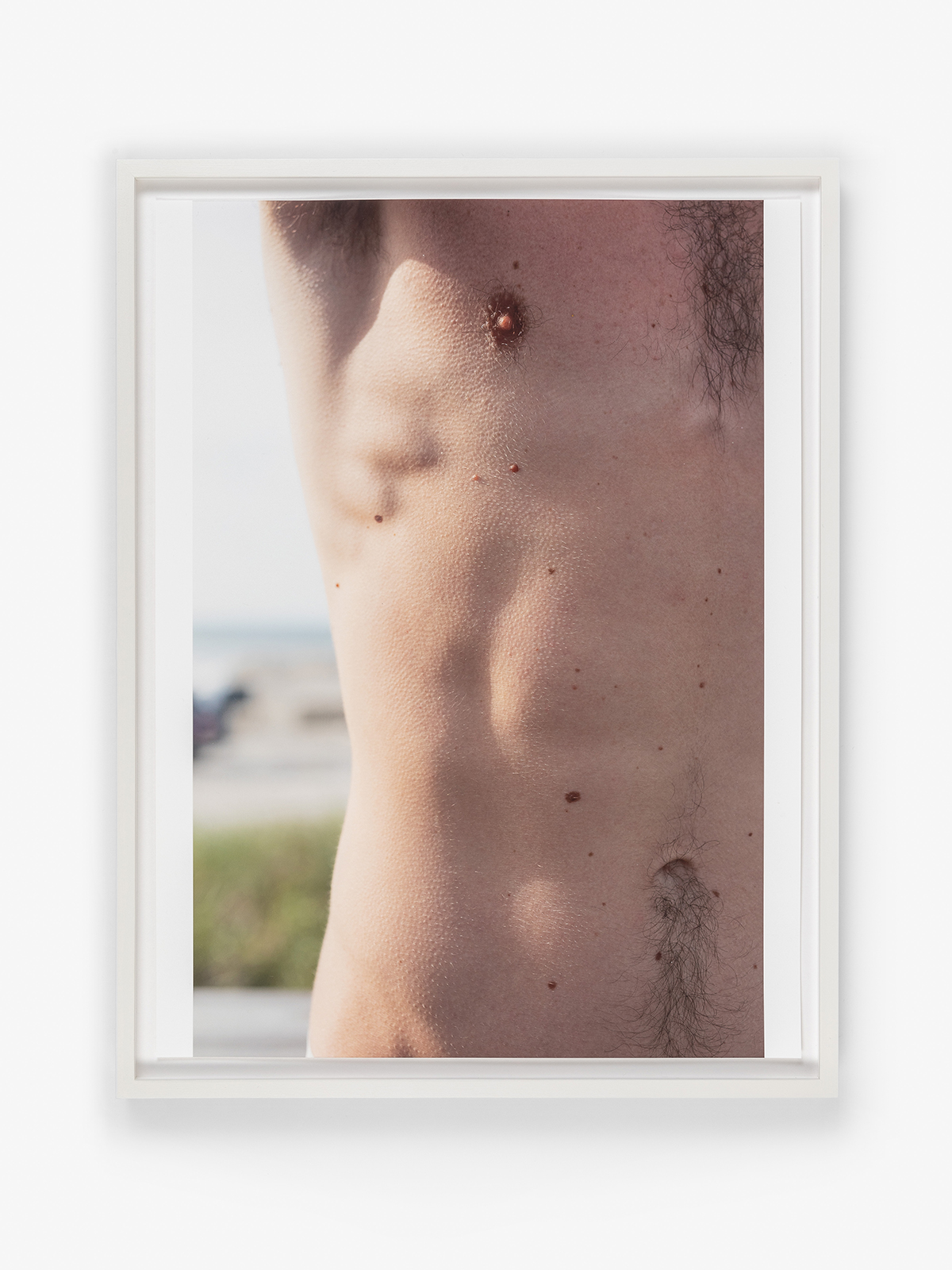 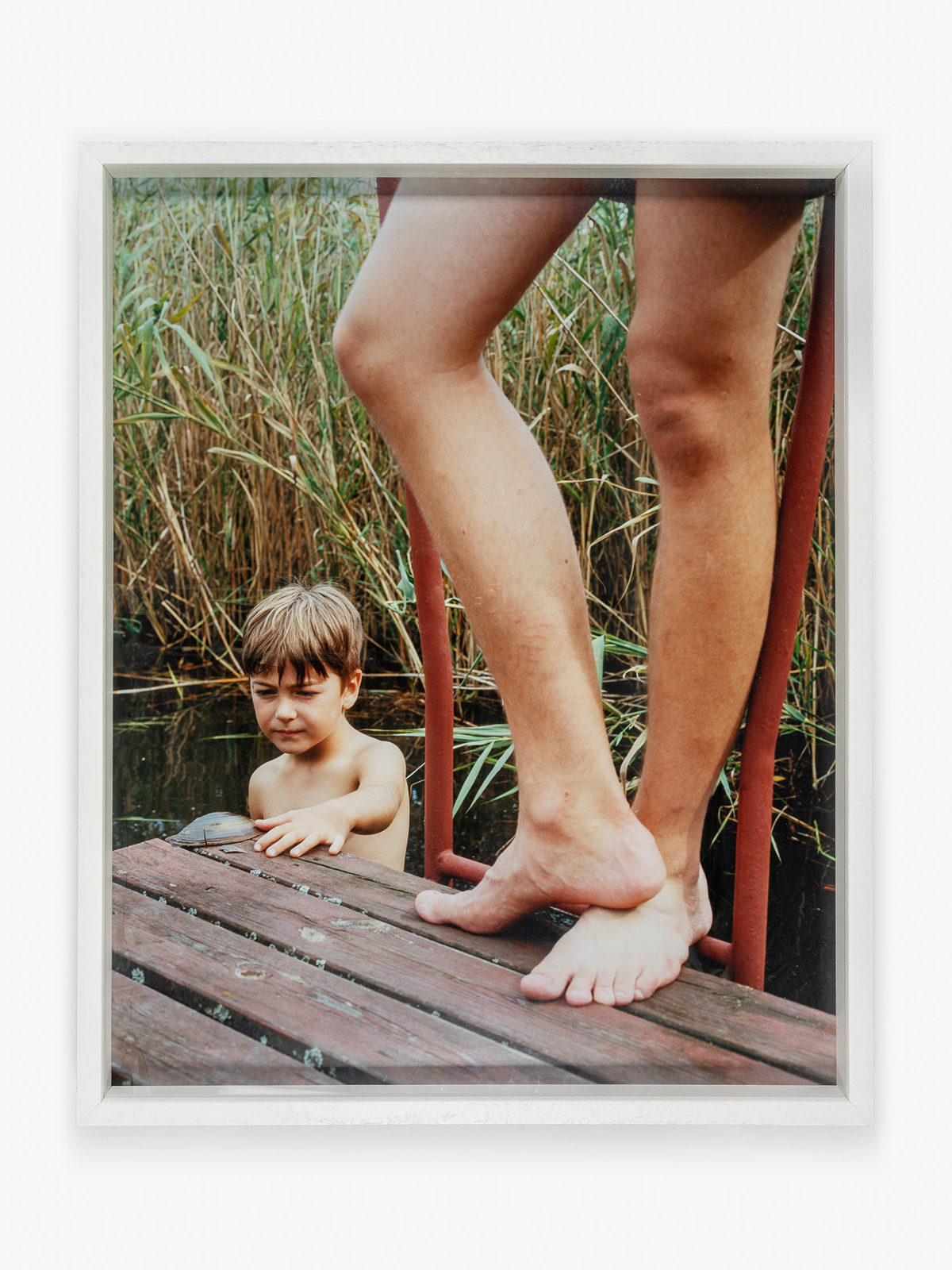 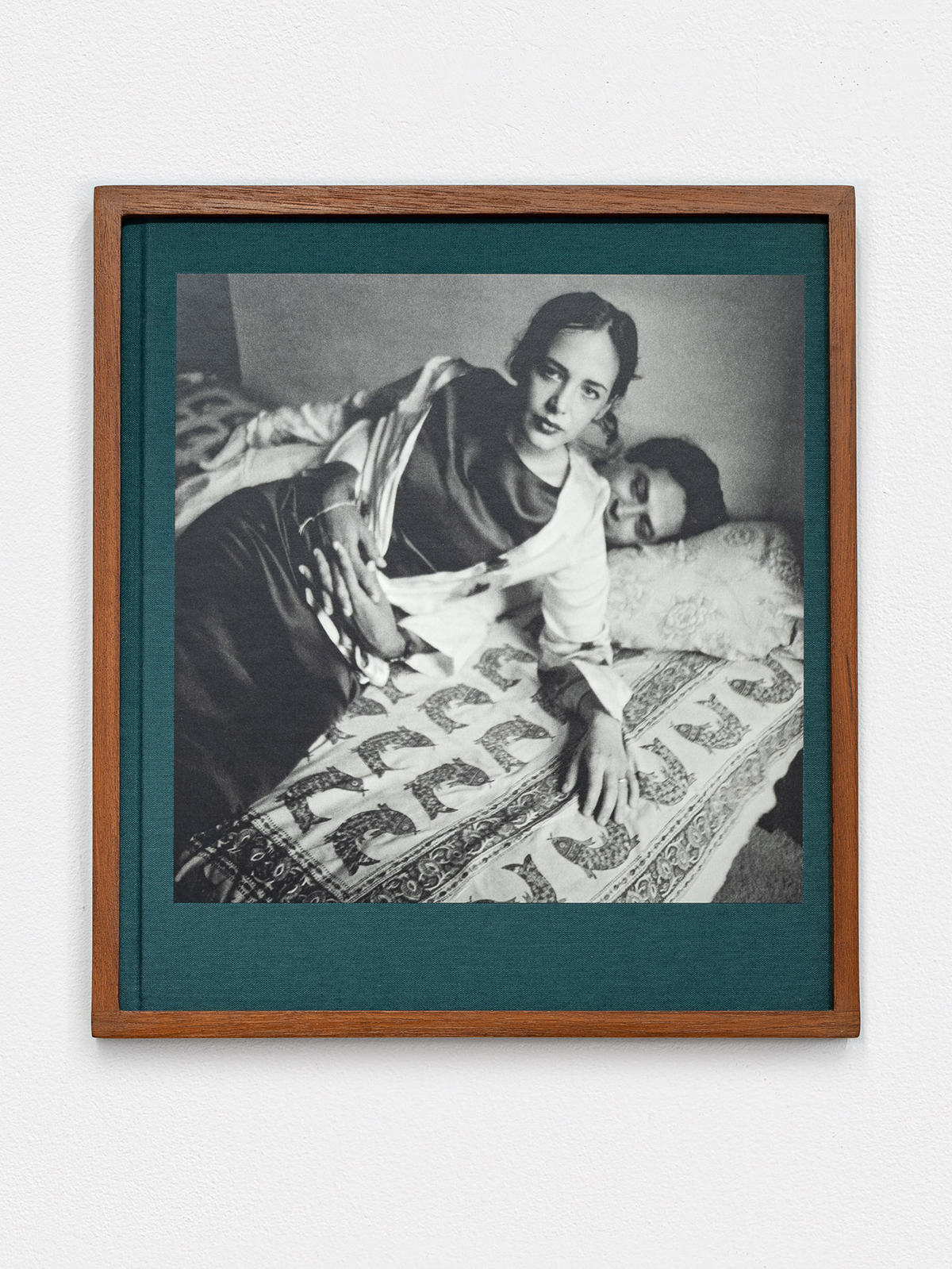 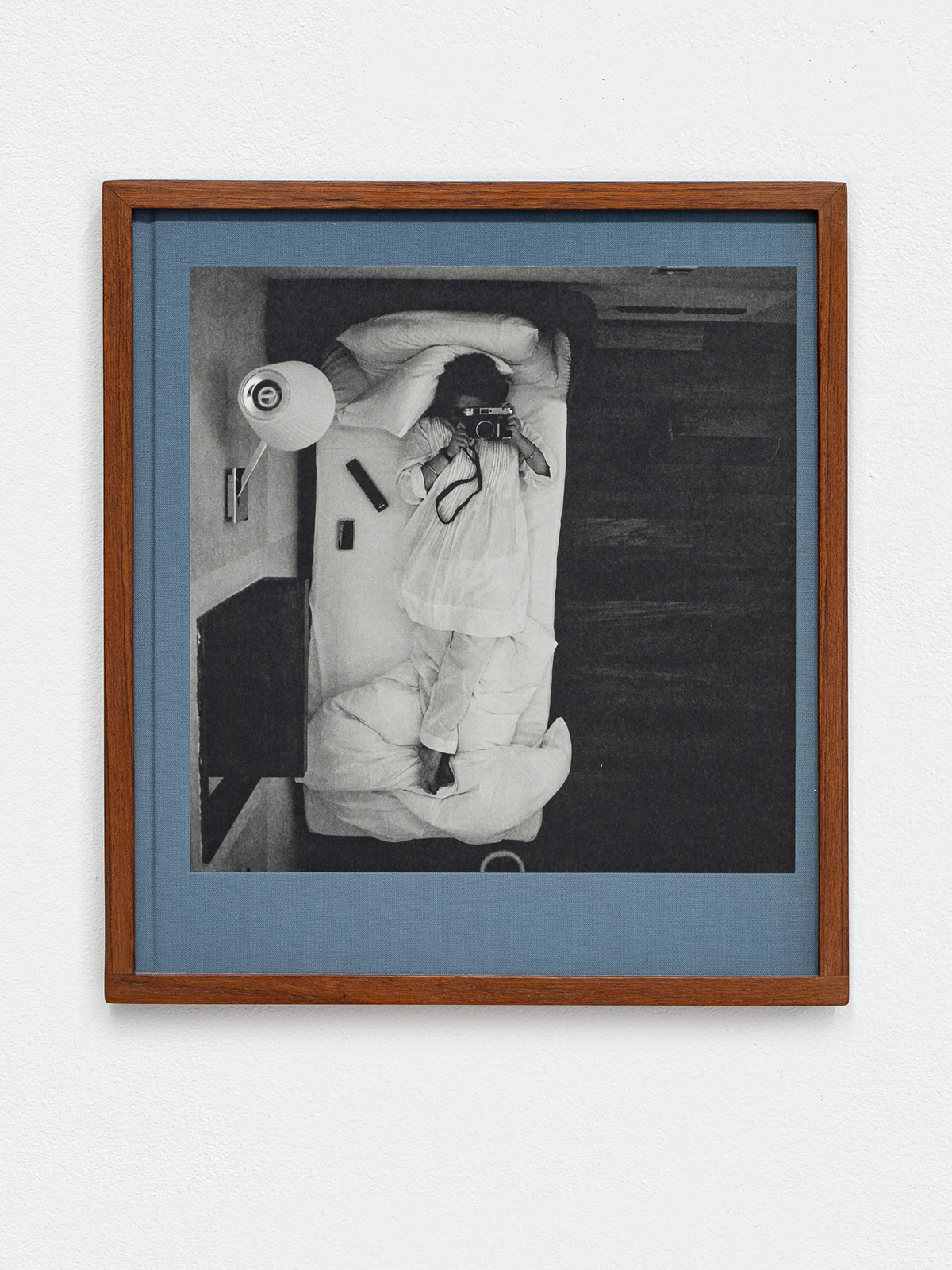 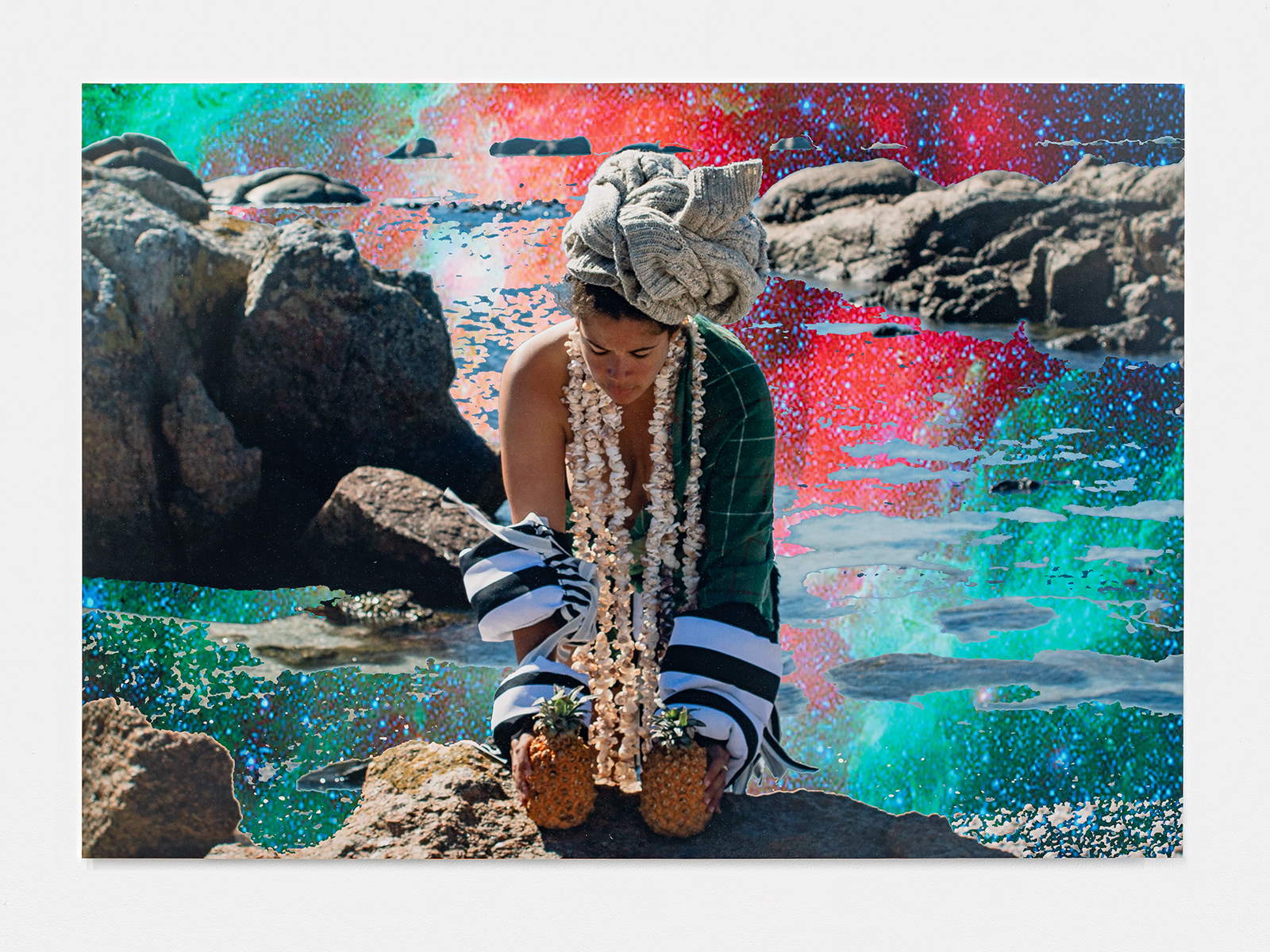 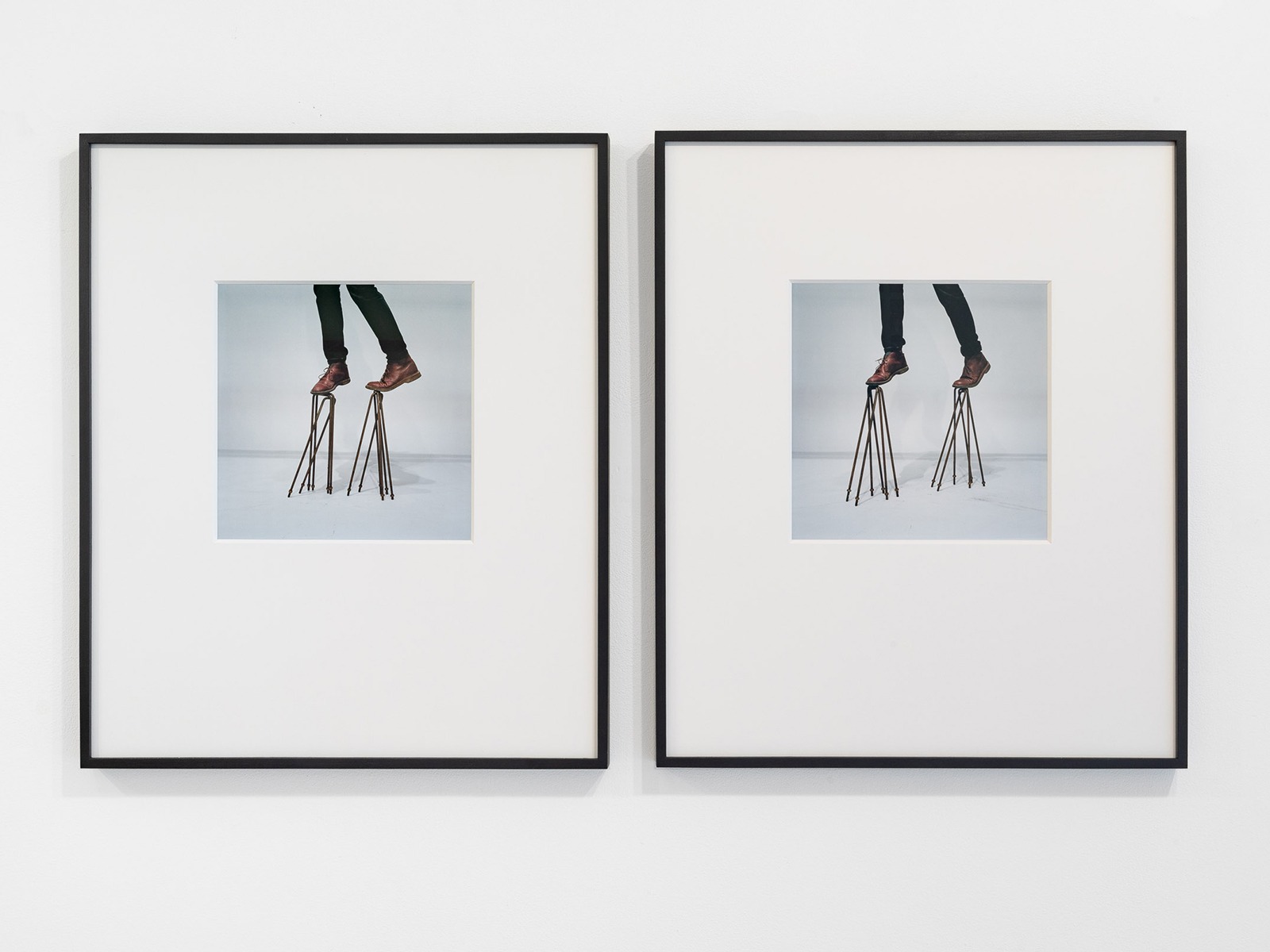 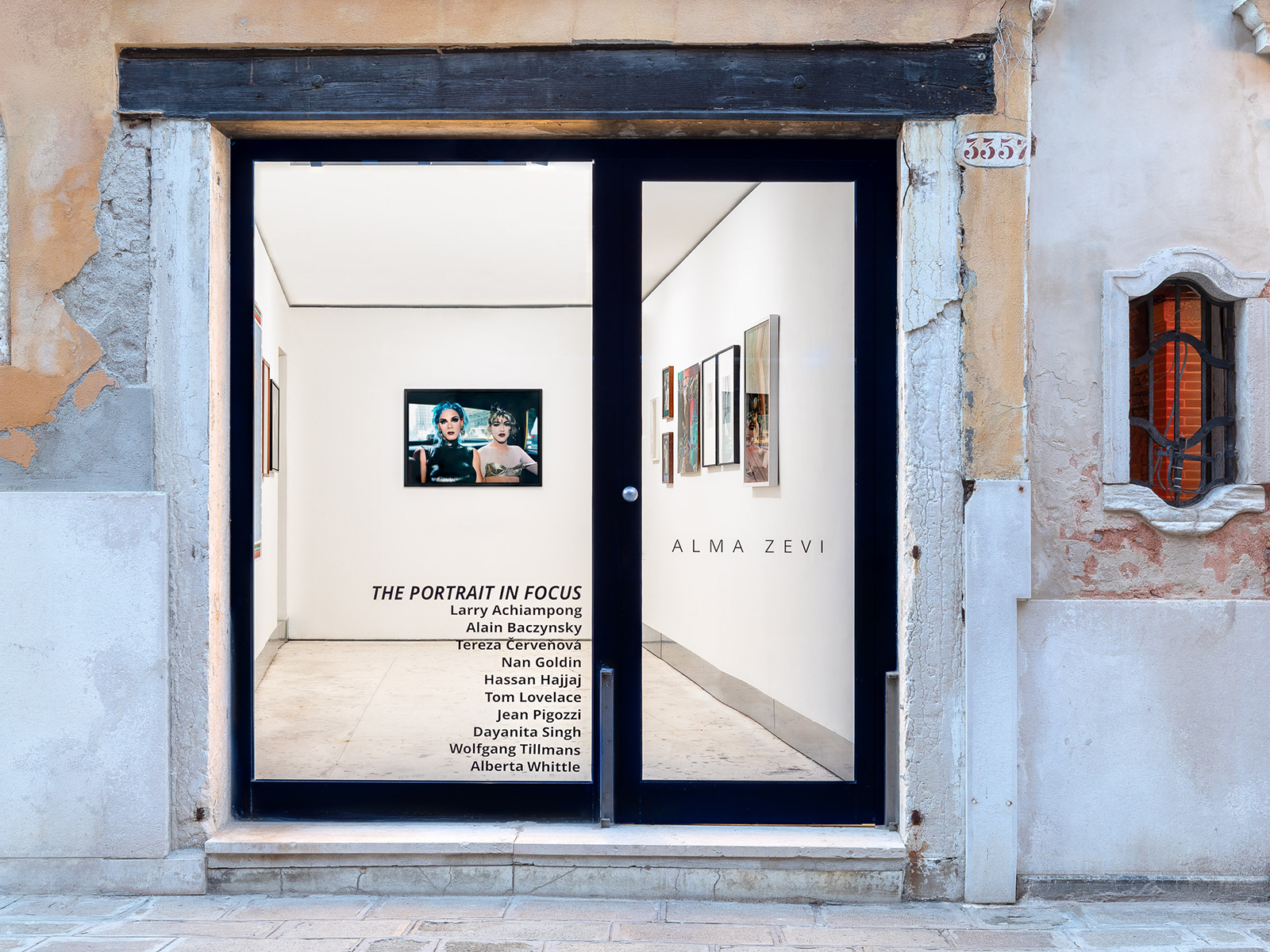