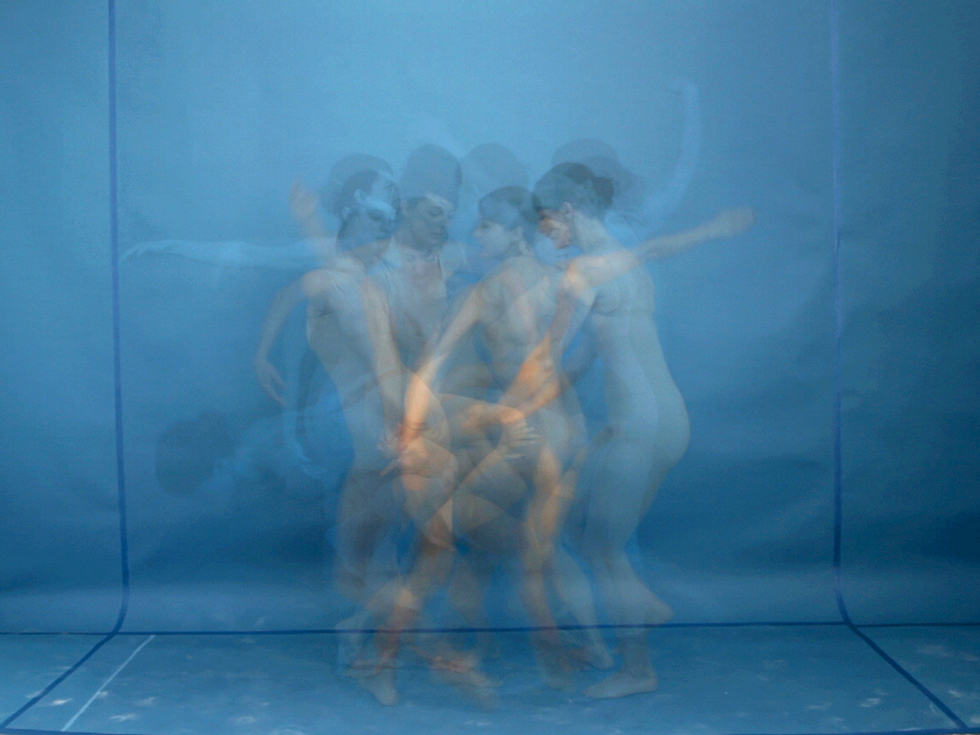 Collaboration Katie #1 (2012) shows my first collaboration with a dancer, in this case Katie McGreevy who at the time was a professional dancer working with Molissa Fenley and Fisherspooner. At the time I had no formal dance experience myself and I lacked the language to explain to Katie what I imagined for the short piece of choreography that I wanted to film. This is evident in her patient explanations and my awkward direction. My goal was to digitally overlay her movements experimenting how time relates to motion, and with the technique employed - in analog - by Norman McLaren in creating his dance film Pas De Deux (1968). In this seminal black and white dance film the director overlaid repeated images of two dancers performing a pas de deux, delaying each sequence by a fraction of a second so that their bodies fan out into multiple iterations of themselves.

The experimental video I hoped Katie and I would produce ended up generating something unexpected when I watched the footage of our rehearsal. In this footage I saw Katie's repeated starting and ending of the brief choreographic sequence that she proposed for the video. As we varied the speed of her movements, experimented with different pauses, and as Katie made the occasional mistake, she would stop and move back to the left side of the small studio space to start the dance again.

Watching these temporally distinct repetitions suggested to me a variation to McLaren's Pas de Deux, one in which Katie is multiplied but diverges from herself not by the logic of the film's frame rate, but by performing different overlaid versions of the same 'idea' of a dance. My interruptions and our exchanges are all included with the intention of revealing that as director and dancer we perform a strange sort of pas de deux in order to distill, from a cloud of attempts, the notion of an aesthetically interesting choreography for a dance video where time becomes a visible medium. 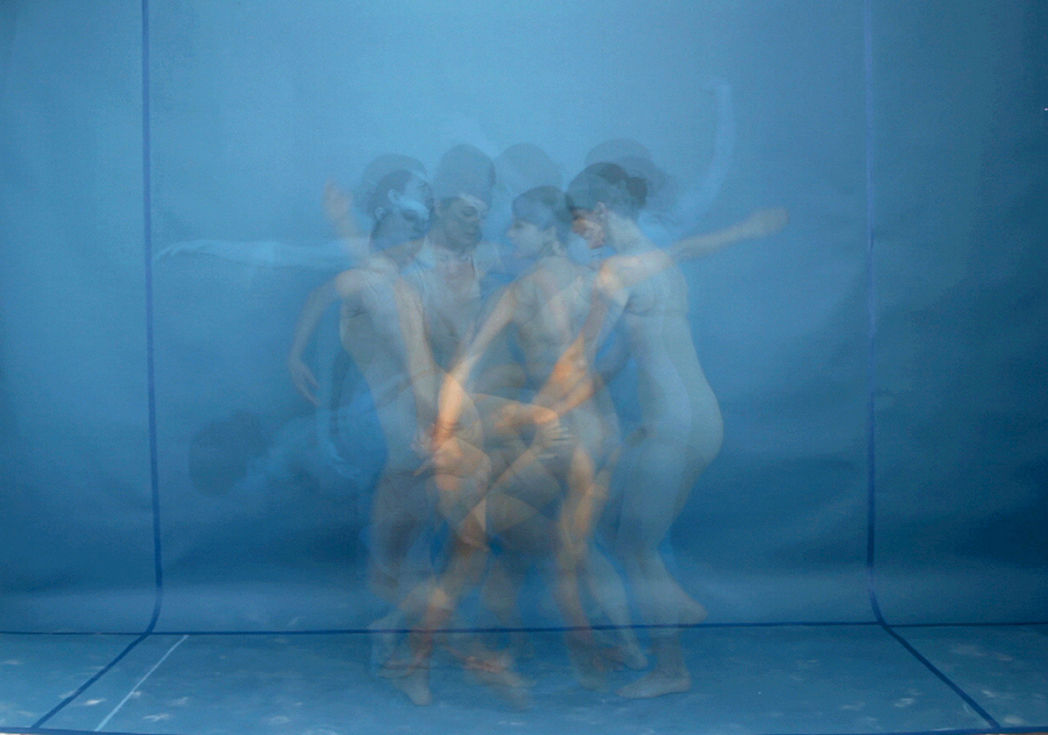