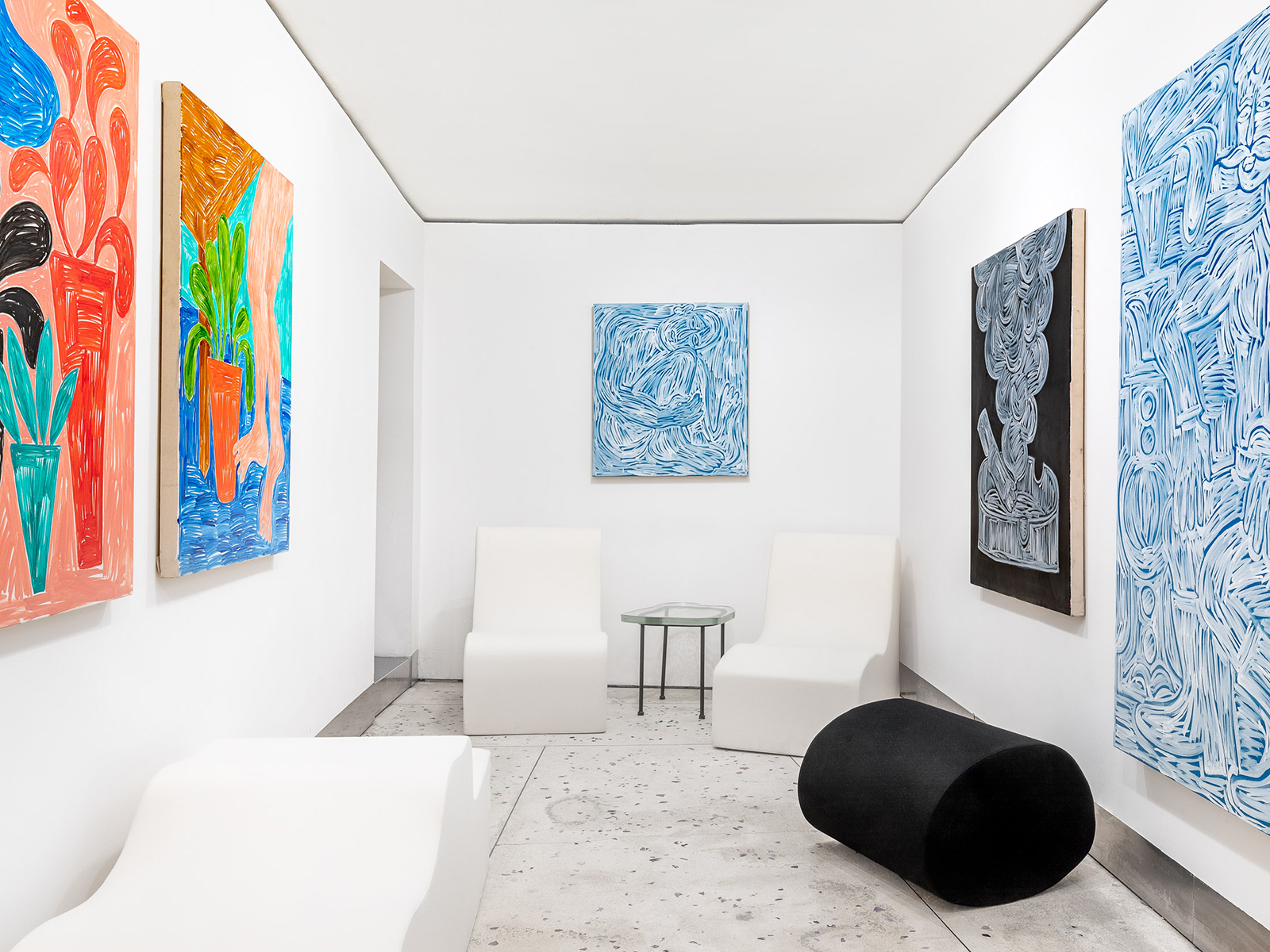 The SALOTTO (‘Sitting Room’) is an invitation from ALMA ZEVI to look, explore, and take a seat in the gallery. Reverberating with Rade Petrasevic’s bright oil paintings, the visitor’s journey through the space is moulded around the supine forms of Roberto Matta’s iconic Malitte suite of lounge seating, an original example from 1966. These curved forms resonate into the wavy outlines of Yali’s glass tables, made in the Veneto in 2019. Meanwhile, our eyes are caught by the ribbed surfaces of Charlap Hyman & Herrero’s (CHH) oversized ‘shell lamps’, presented in Italy for the first time.

SALOTTO, one enters a world of distinctive silhouettes and graphic lines that are both fluid and free. These lines extend from the furniture and into Petrasevic’s paintings through his depictions of curling smoke, sensual plants and rippled bodies. The idea of nature infuses the show: the tables are titled ISOLA (‘Island’), referring to the myriad of islands in the Venetian lagoon; whilst CHH’s shells invoke a phenomenon of nature, and foliage is depicted in almost all of Petrasevic’s paintings.

In SALOTTO, quintessential 1960s interior design collides with contemporary young artists and designers. There are clear connections between past, present and future in the exhibition. While Petrasevic and CHH are looking forward within their individual practices, their respective visions incorporate moments from the past. Petrasevic cites painters such as Leon Golub and Philip Guston, while CHH’s lamps connect to the 18th Century fashion for Grottos. In addition, Yali presents a timeless aesthetic that bridges between Modernist furniture and emerging art and design. By rethinking the ancient craft of Venetian glass and organic forms to produce unique pieces, Yali challenges the divisions between sculpture, furniture, art and object.

The exhibited SALOTTO artists and designers surprise the audience with their visual and conceptual choices. Petrasevic’s paintings - ‘traditional’ oil on canvas - are executed like drawings, creating tension between the surface and depicted subjects. The Yali tables take inspiration from the abstracted relationship between land and water in the lagoon. CHH’s shell lights offer an evocative narrative: giant shapes washed up on the shore that are imagined homes to fantastical creatures. Matta’s enigmatic Malitte furniture is a modular system made up of seemingly irregular components that slot together to become an architectural element or freestanding sculpture.

SALOTTO is an environment of open forms with a repeated use of transparency: glass-topped tables, semi-transparent plastic lamps and paintings where a luminous white paint shines through the gestural brushstrokes. In this exhibition, our sense of touch becomes activated: the cool silky glass of the Yali tables meets the soft elastic felt of Matta’s furniture, which meets the warm, glowing plastic of CHH’s lamps. Meanwhile, the mesmerising, tightly packed lines of Petrasevic’s canvases dance through the space. These paintings, consisting of still-lifes, nudes and portraiture, convey idiosyncratic, energy-filled domestic scenes. In fact, the gallery space becomes the setting for an intriguing domestic interior in itself, not unlike those that Petrasevic captures within his paintings. The result is an exhibition that invites a closer look at the organic volumes and mise-en-scène of this intimate viewing experience, offering common ground to different, intergenerational creative forces.

Rade Petrasevic (b. 1982) is an Austrian-Bosnian painter who lives and works in Vienna.

Charlap Hyman & Herrero is an architecture and design firm founded in 2014 and based in New York/Los Angeles.

Yali is a glass design firm based in Venice and founded by Marie-Rose Kahane in 2008.

Roberto Matta (b. 1911, d. 2002) was a Chilean artist who initially trained as an architect and was as an Abstract Expressionist and Surrealist painter. 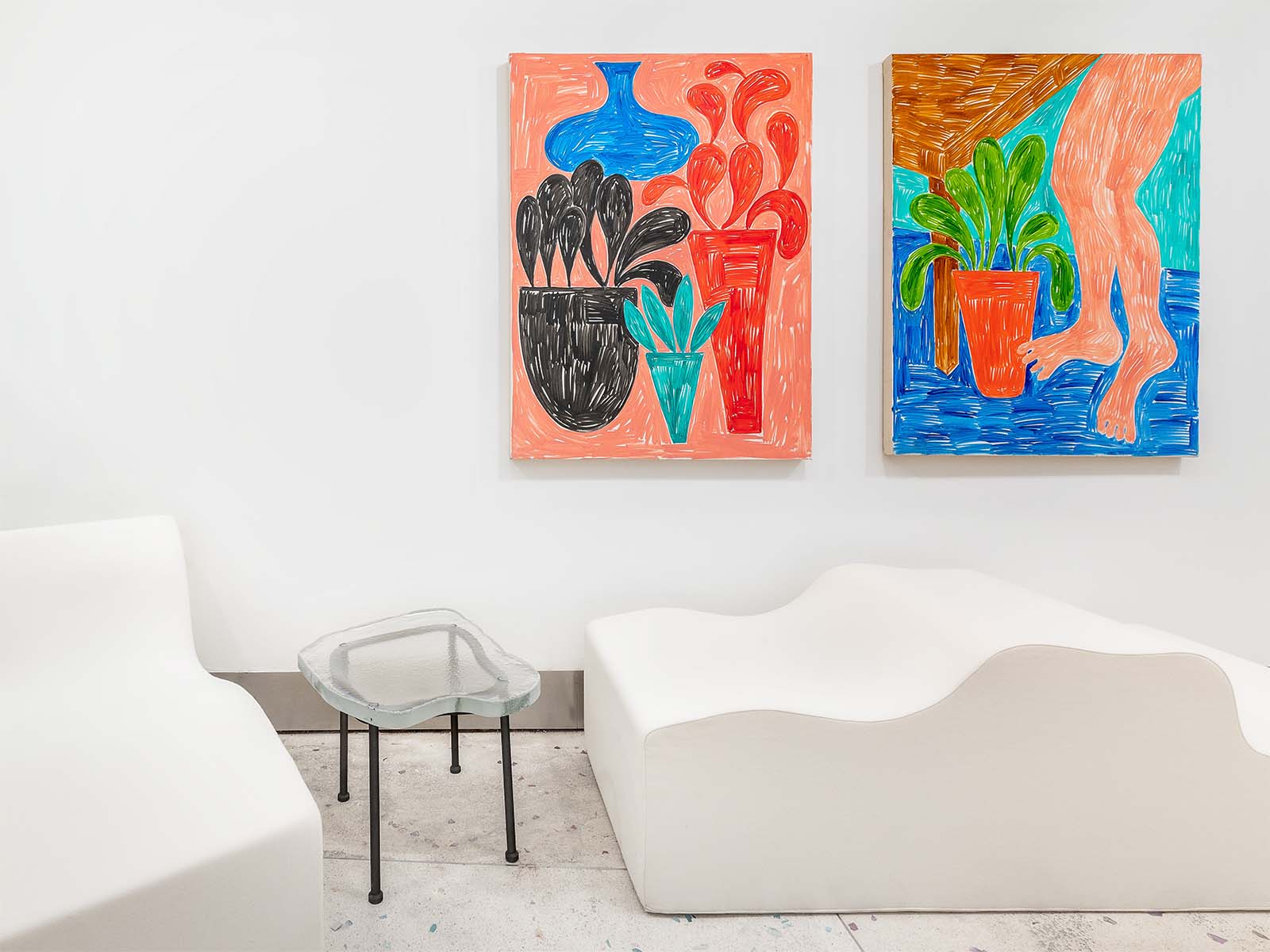 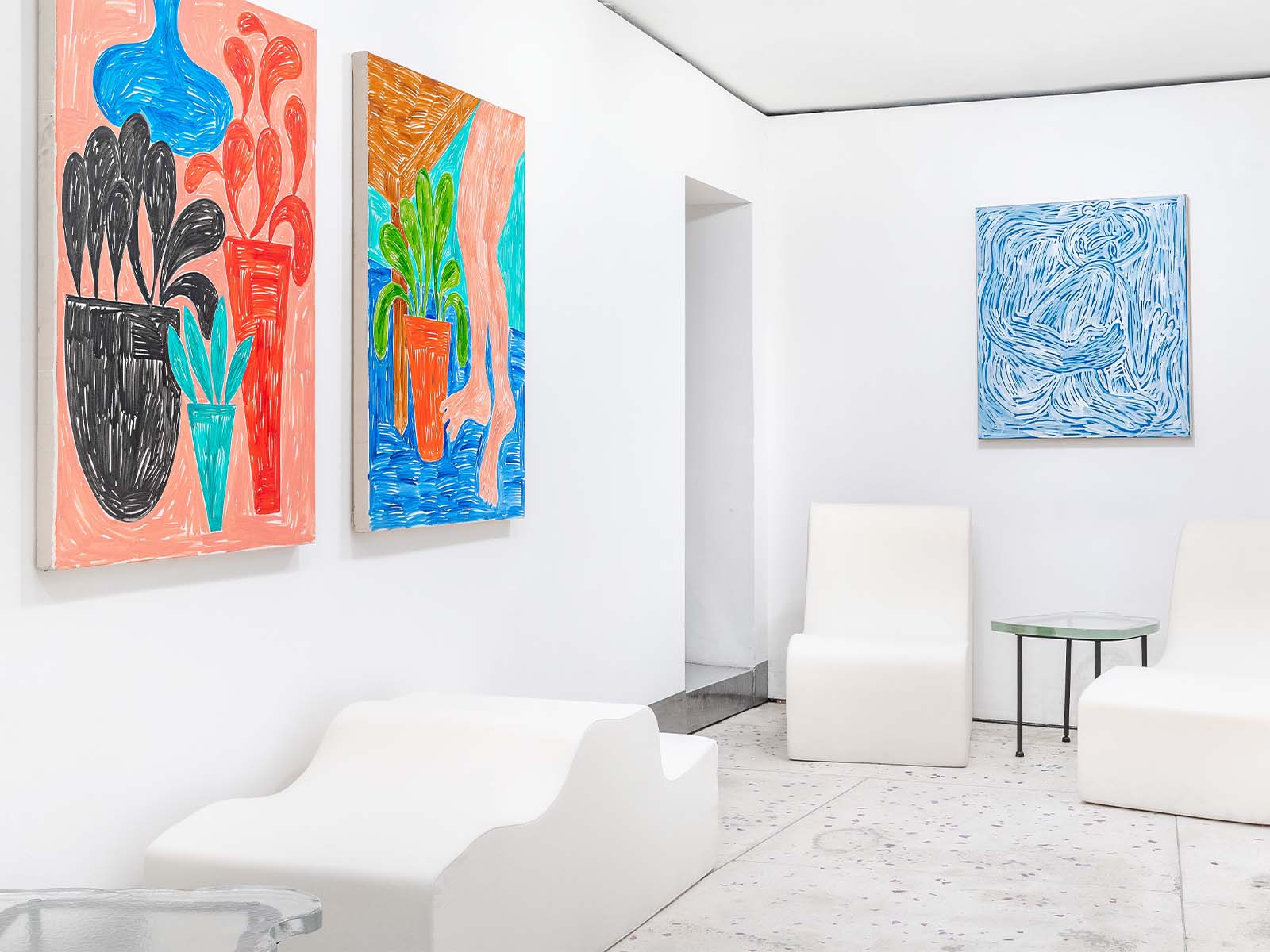 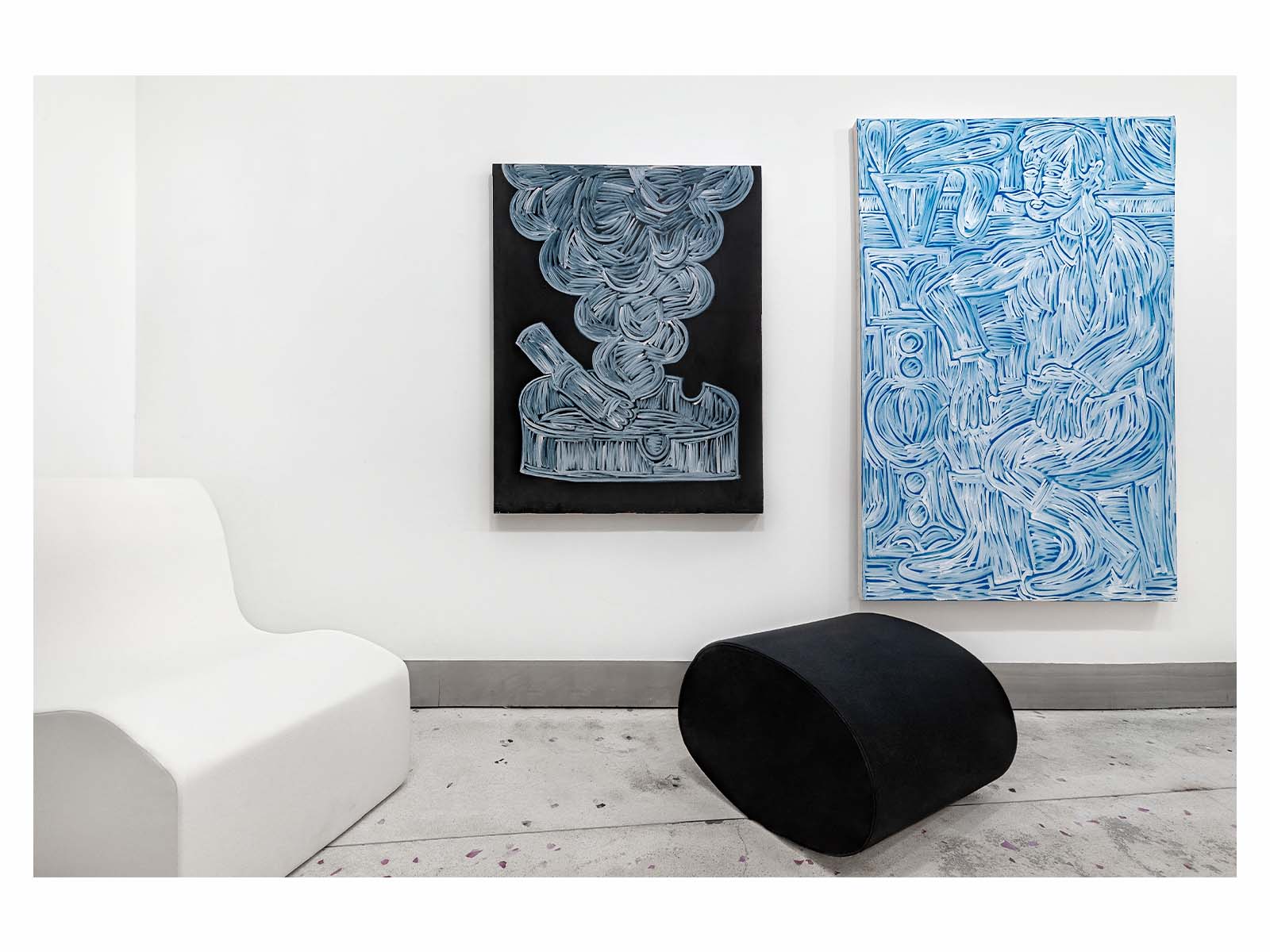 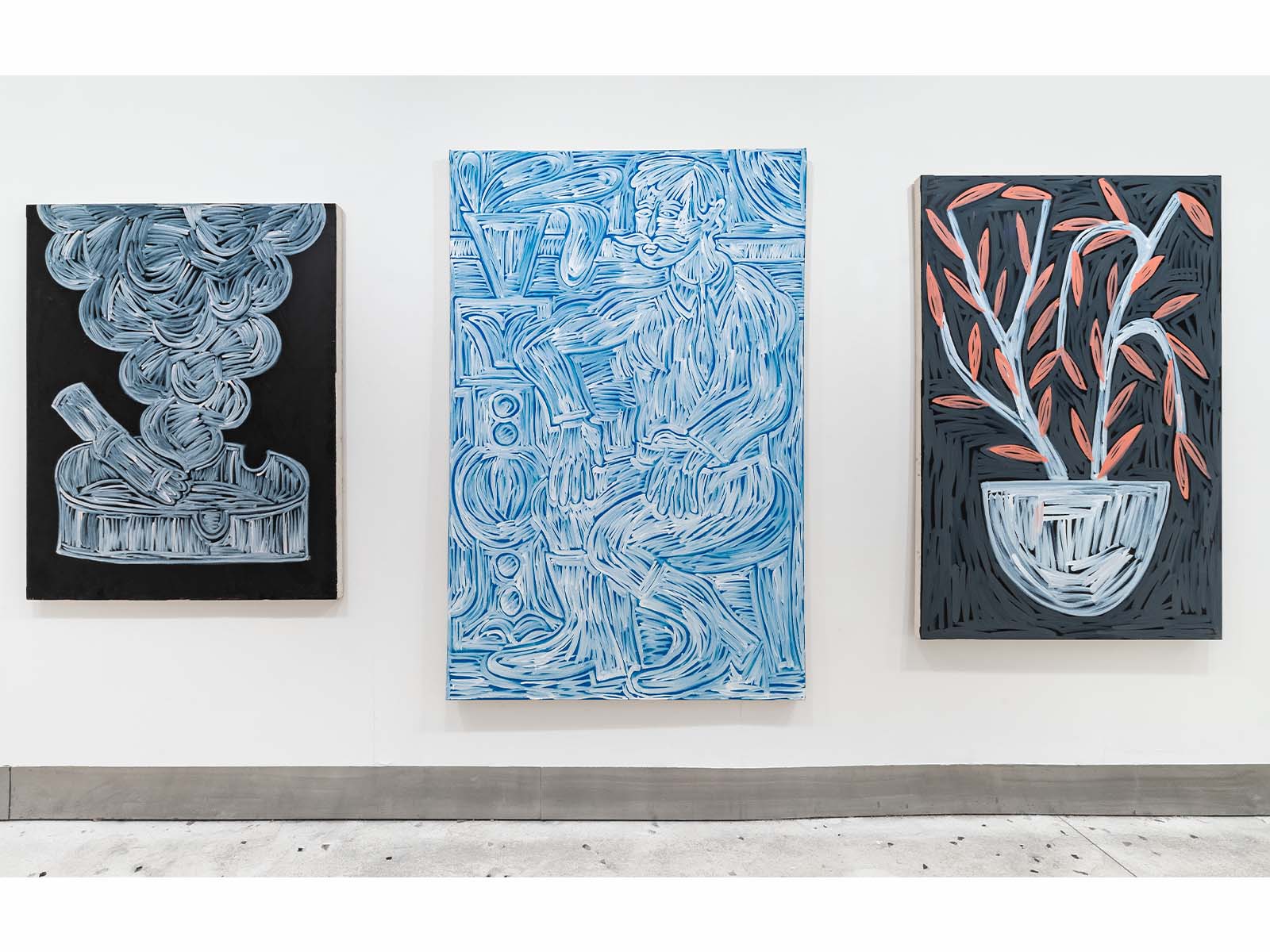 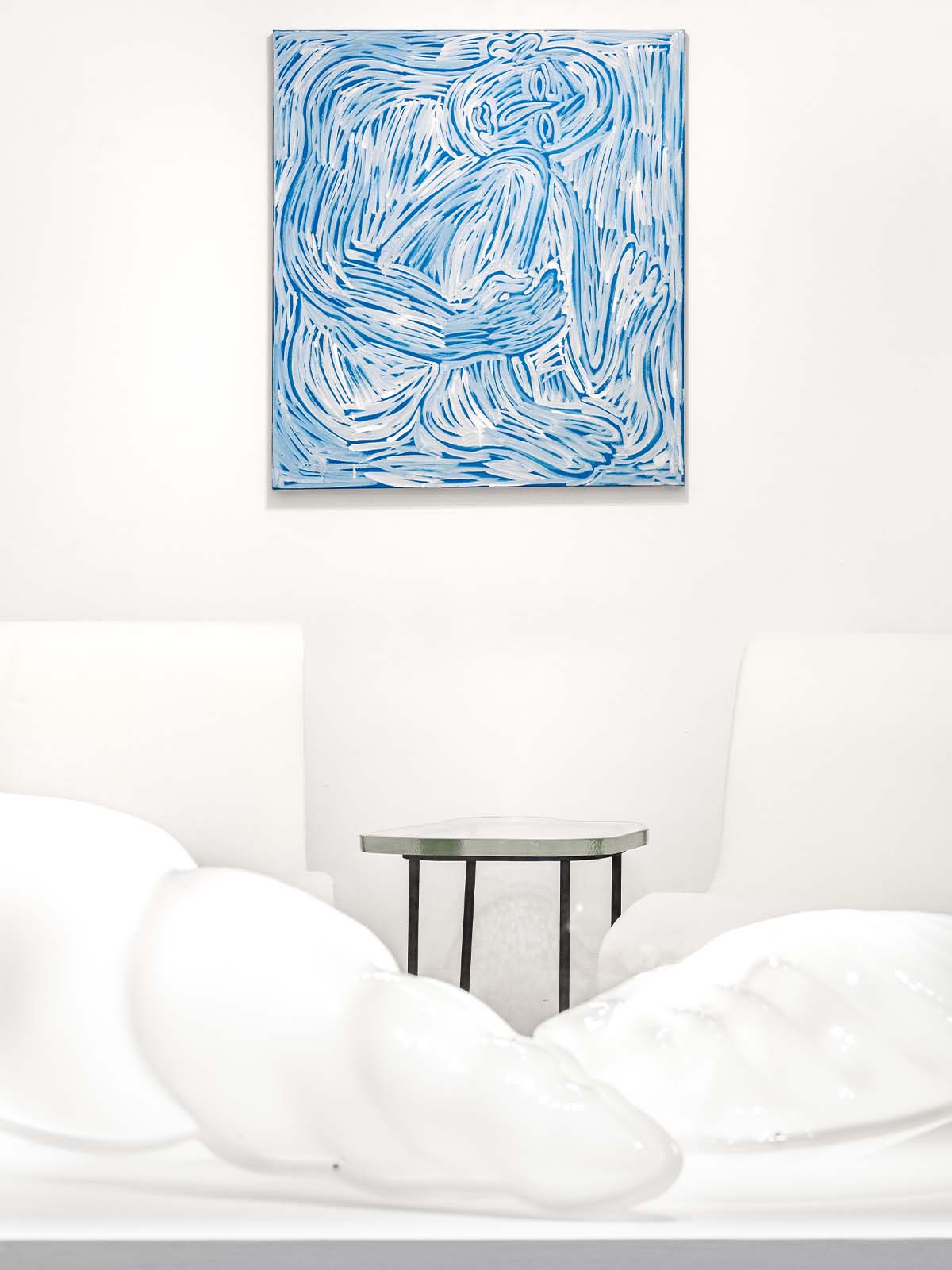 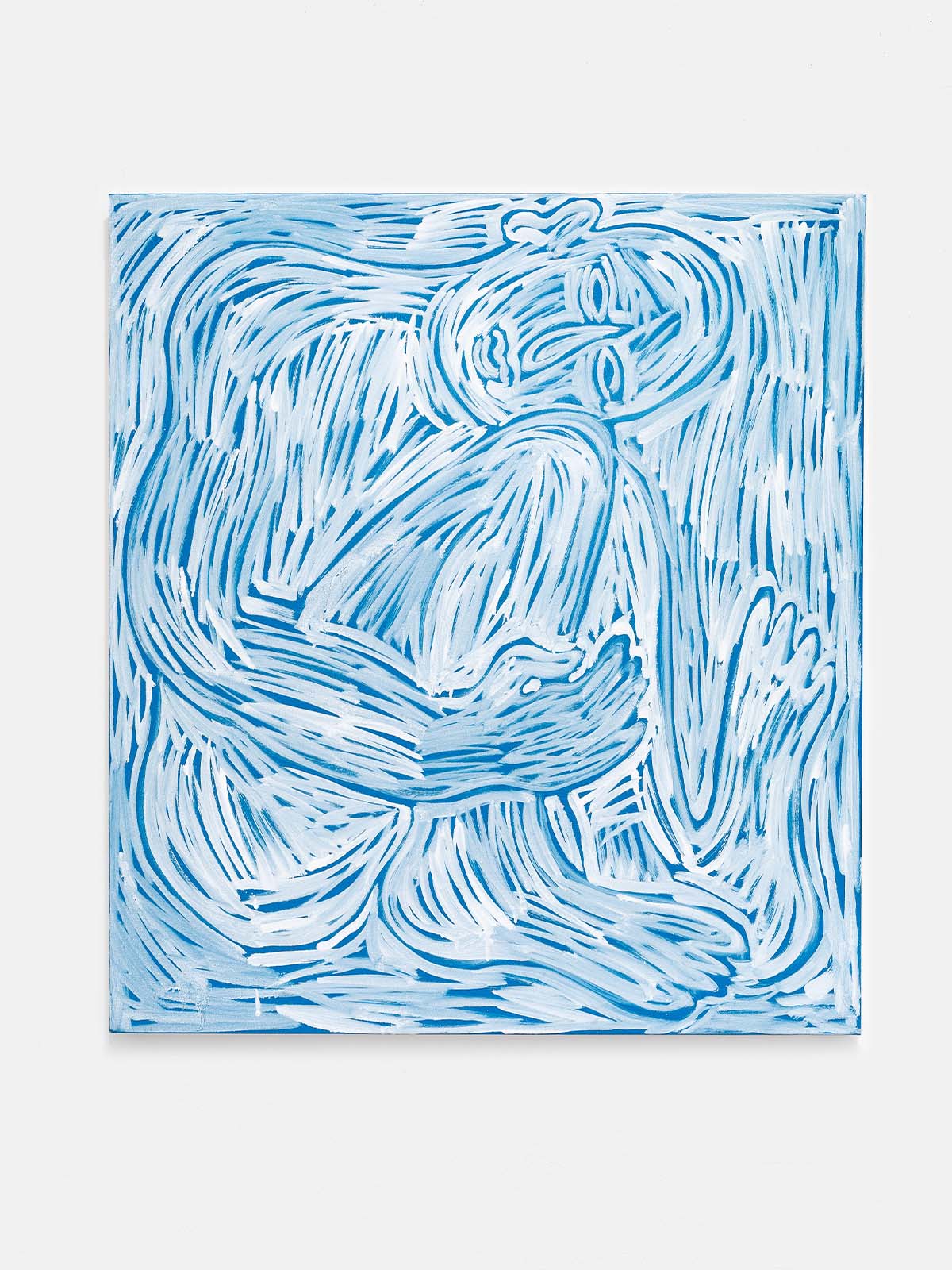 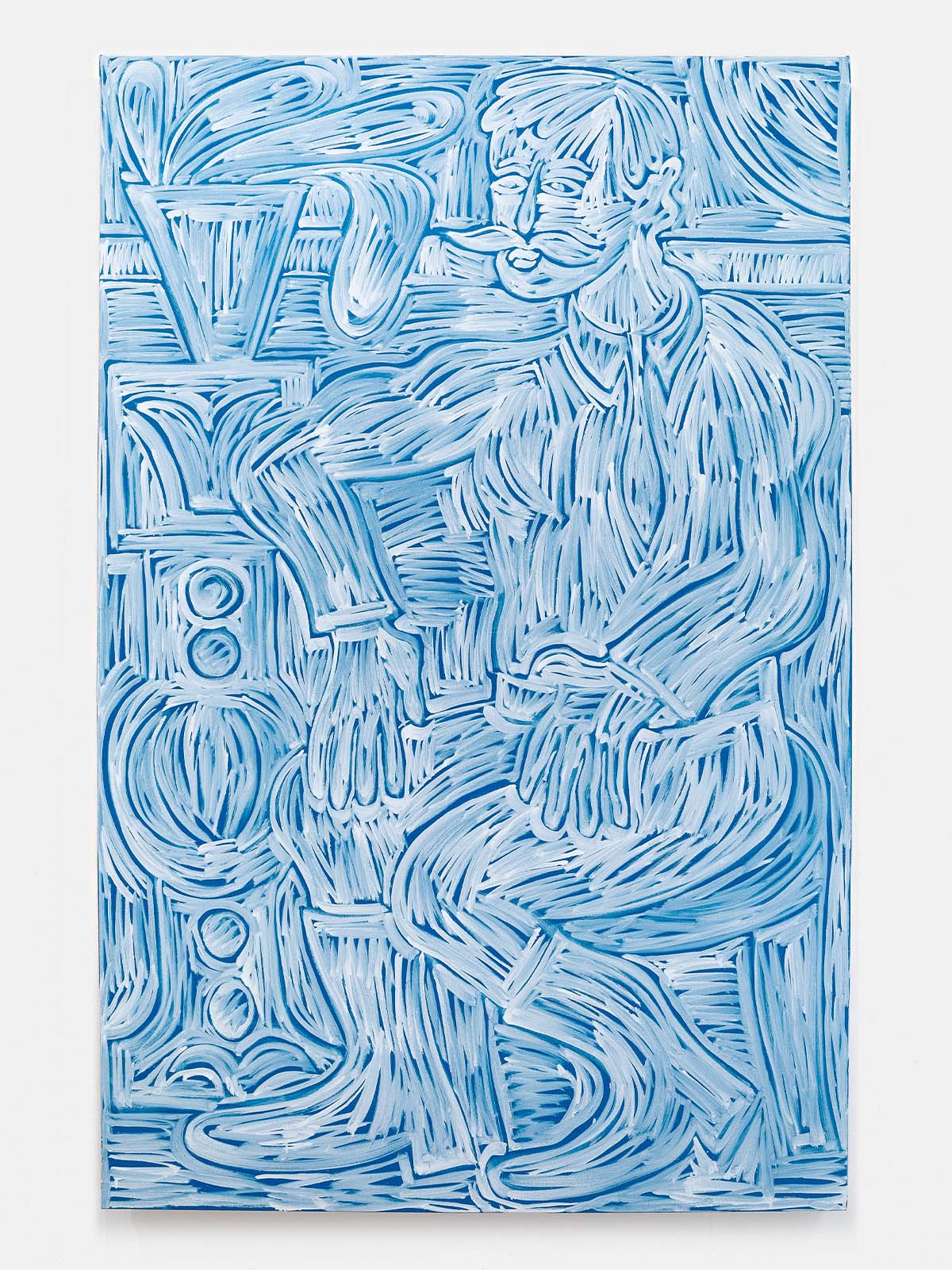 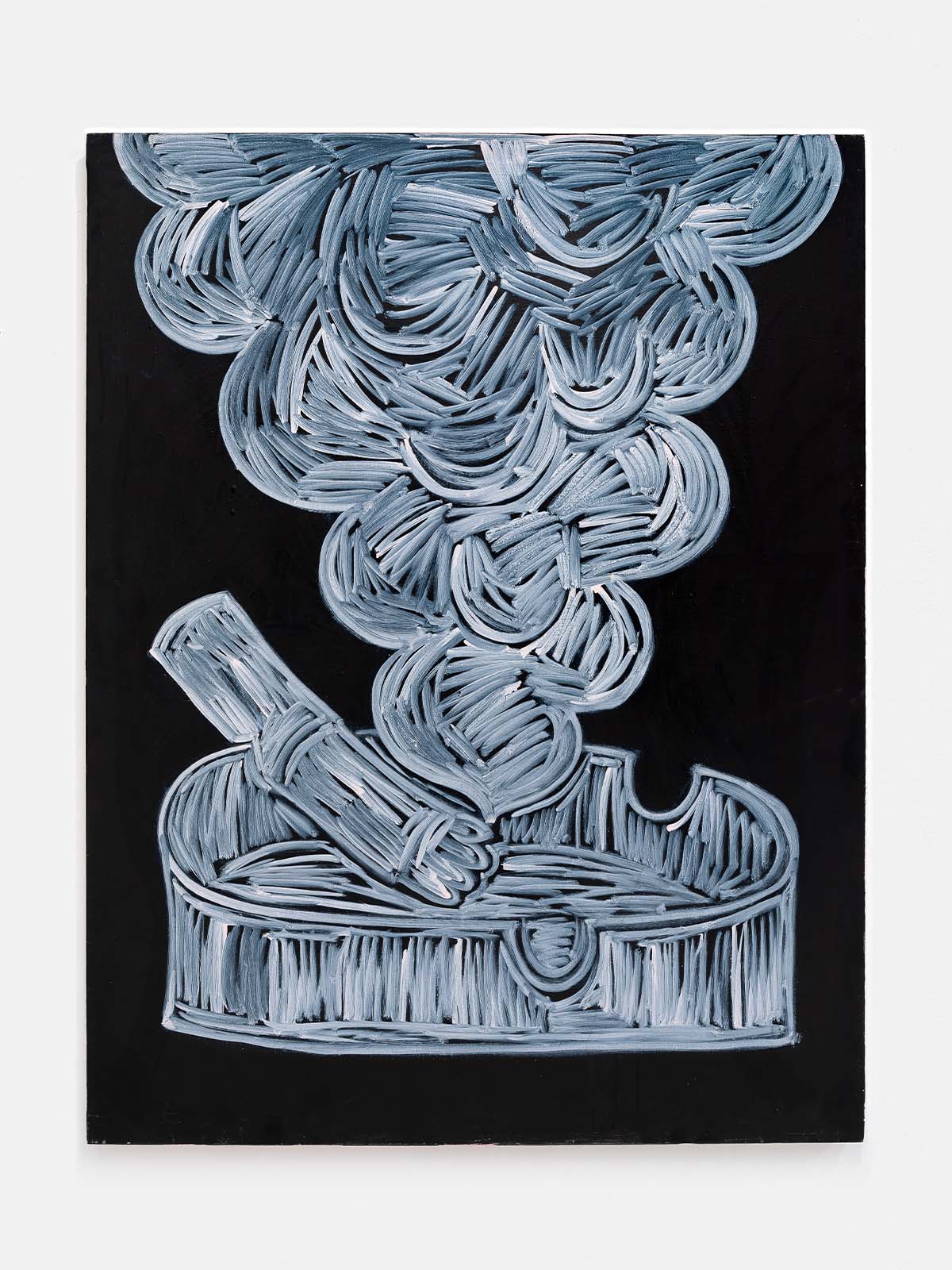 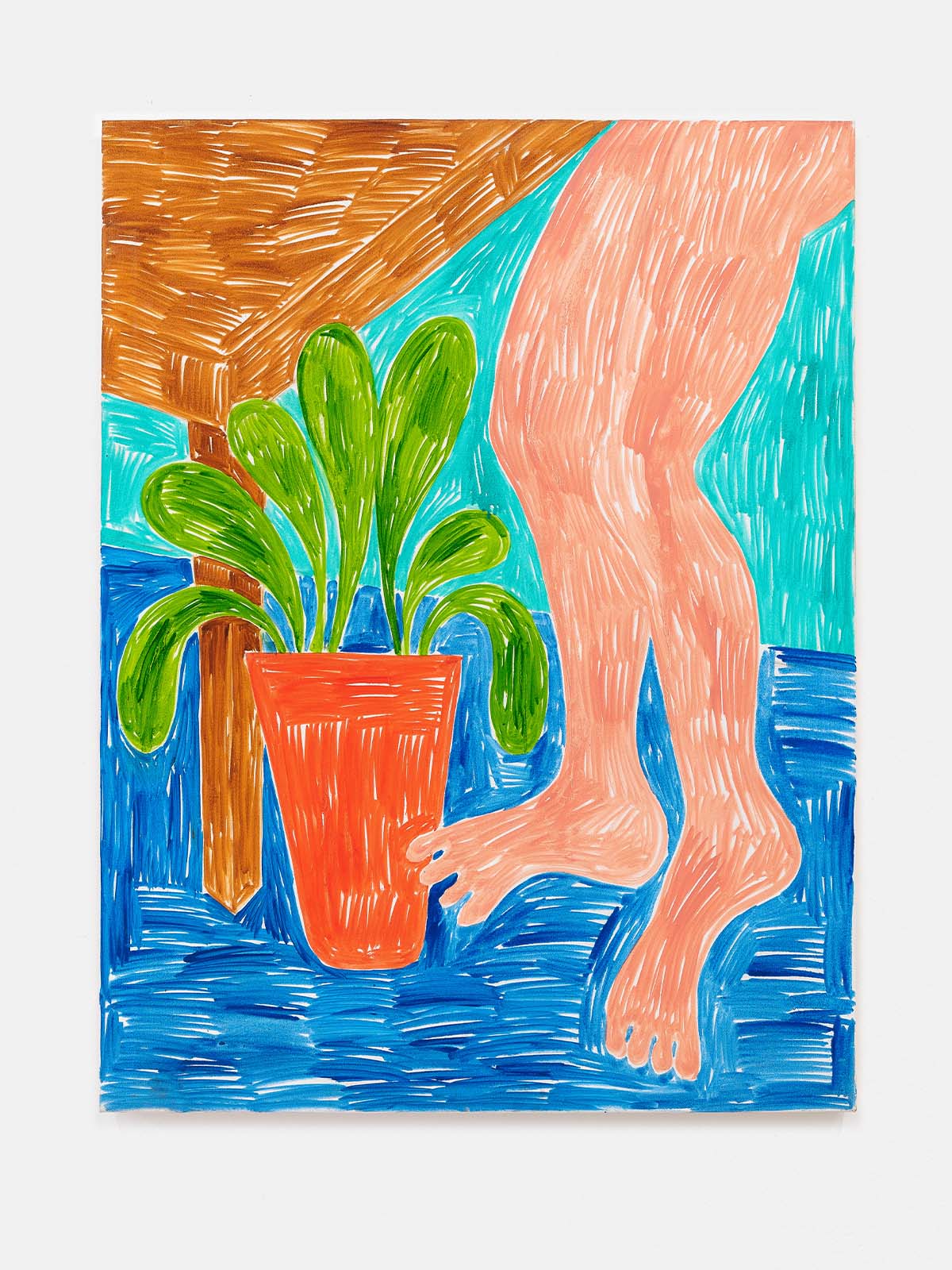 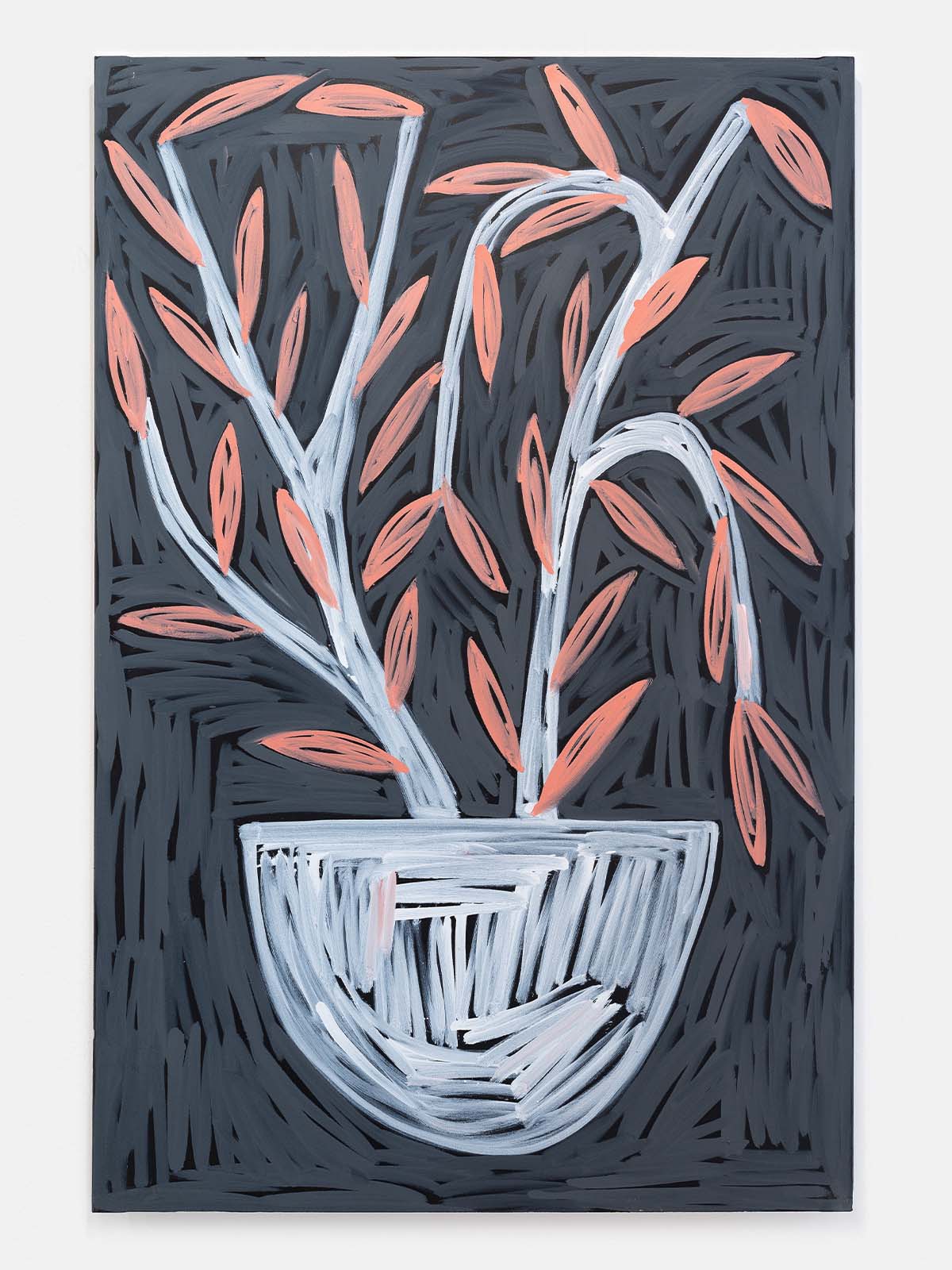 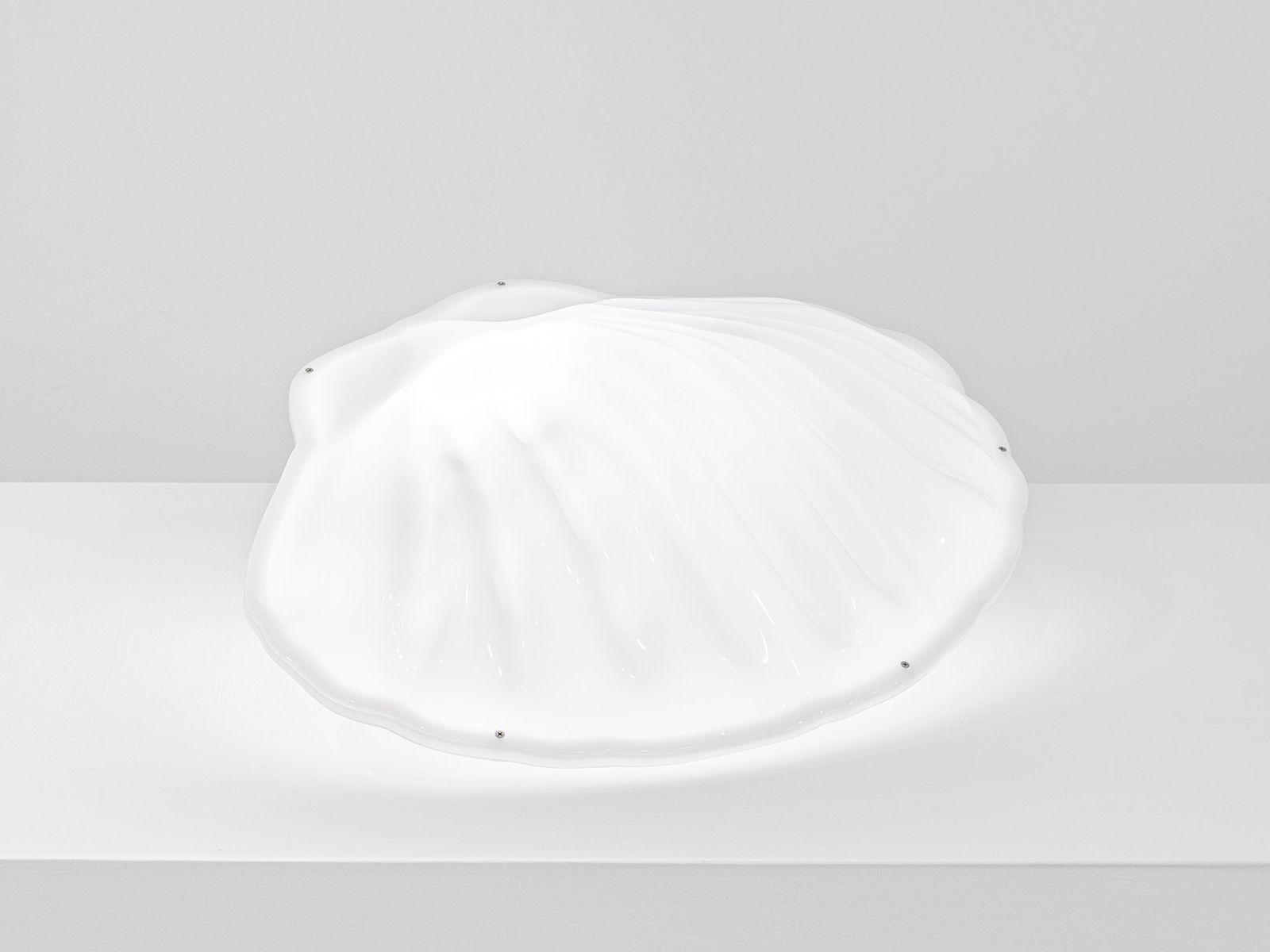 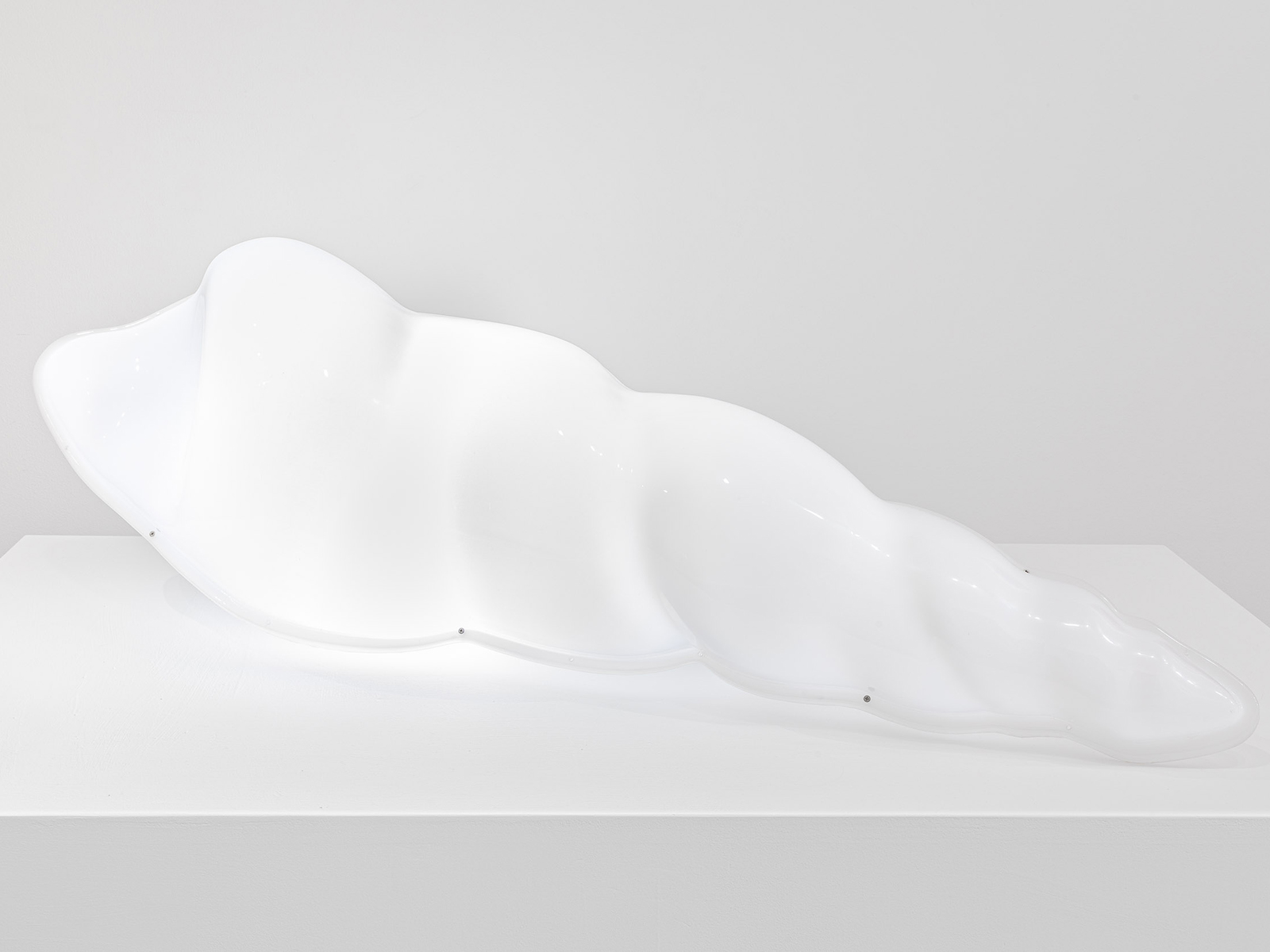 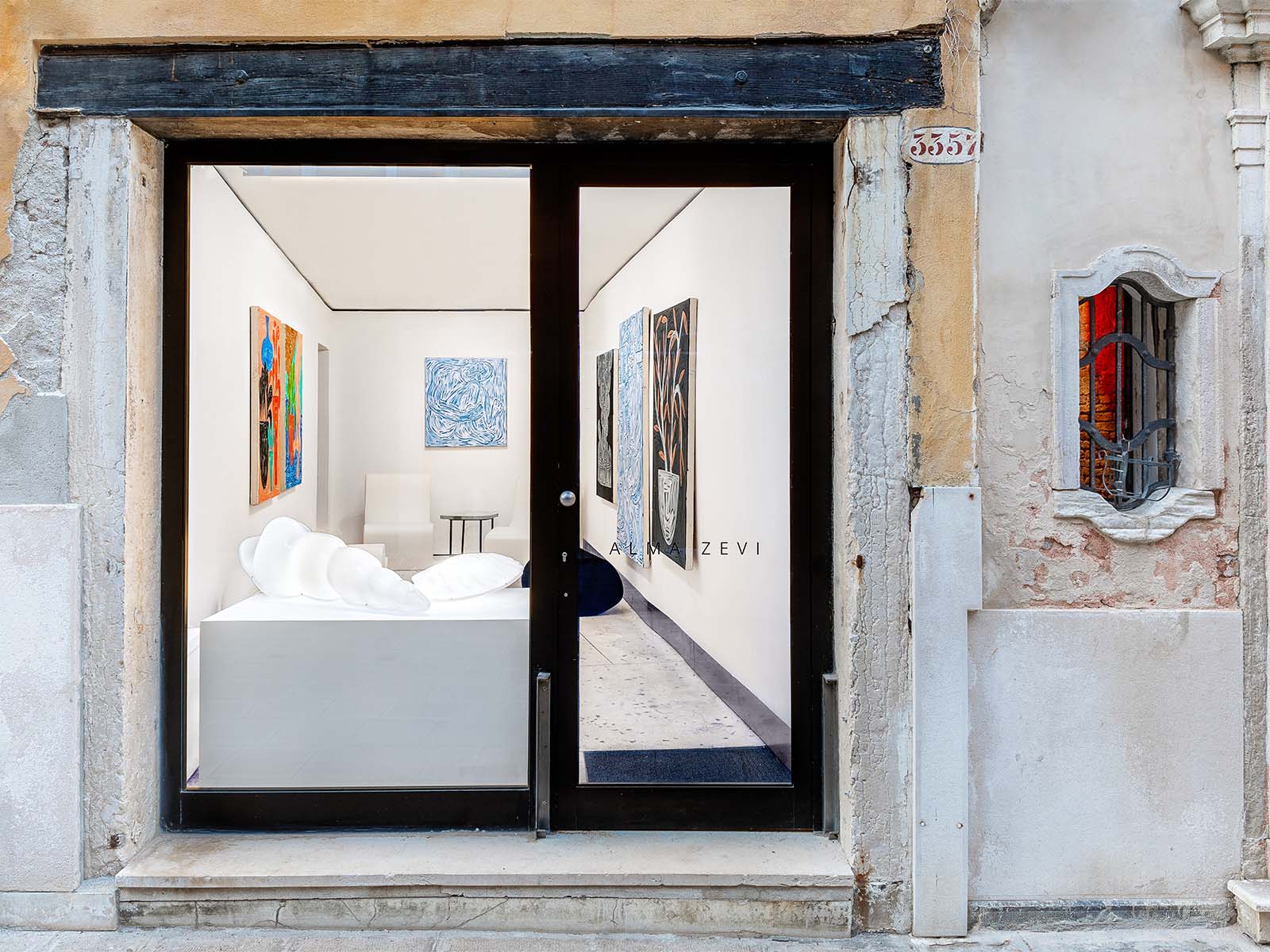