FROM DRAWING TO PAINTING 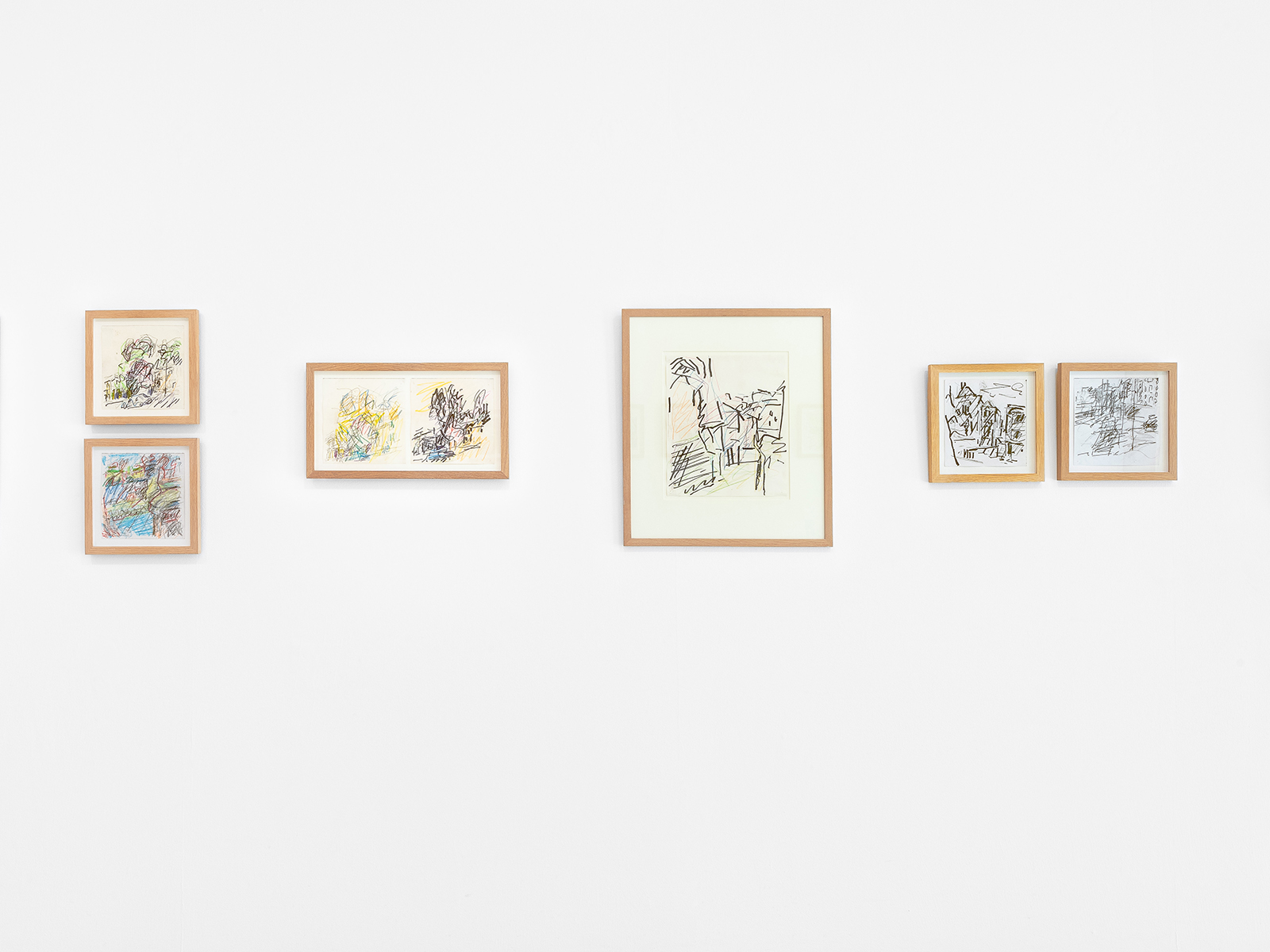 ALMA ZEVI is delighted to announce Frank Auerbach: From Drawing to Painting, the artist’s first solo exhibition in Italy in over thirty years. Widely regarded as Britain’s greatest living artist, Auerbach (b. 1931, Berlin), was last shown in Italy when he represented Great Britain in the 1986 Venice Biennale, winning the prestigious Golden Lion prize. The exhibition is the culmination of correspondence between the artist and Alma Zevi, and will be accompanied by Zevi’s new interview of Auerbach.

The exhibition includes an oil painting which has never been publicly displayed in Italy before, as well as drawings, many of which have left the artist’s studio for the first time. It focuses on an international contextualisation for a group of artists living in Post-War London. Auerbach was one of the key figures of this highly influential and radical group, together with his colleagues and friends including Michael Andrews, Francis Bacon, Lucian Freud, R.B Kitaj and Leon Kossoff.

All the works in the exhibition depict urban landscapes of London, shining light on Auerbach’s sensitive and dynamic portrait of a city in a state of flux since he was sent by his parents from Germany in 1939, at the age of 8. In the 1950s, fresh out of art school, he began painting the ruins of London after The Blitz. This led to the artist’s fascination with cityscapes, which is conveyed in all of the works on view.

The gallery will present a group of ten new works on paper, all entitled Study for ‘From the Studio’, which were completed at the end of 2018, showing the immediate vicinity of the artist’s studio. These drawings illustrate Auerbach’s distinctive mark-making, where individual lines build into dynamic and complex compositions. These gestures, which extend beyond the edges of the paper, have a colour palette of extraordinary range and vibrancy. Whilst his painting technique is a series of additions and subtractions, with the artist scraping down and reapplying layers of paint, the drawings have a consistent tension of building up these layers, culminating in highly expressive and resolved works.

From Johannes Vermeer to Vincent Van Gogh, the artist painting their studio remains one of the most intriguing motifs in the Western canon. Here, the alchemic ‘moment of creation’ – typically a private process – is recorded. Auerbach’s decision to paint the exterior of his studio (rather than the interior) is a bold and characteristically enigmatic choice, revealing little about the functioning part of the studio. By refusing to reveal his surroundings, Auerbach ensures the focus remains on the practice itself. The key to understanding his work can be deciphered in the image that we look at.

In addition to the group of new drawings, ALMA ZEVI will display several other works on paper from the past five decades, which expand our understanding of the artist. The evolution of the drawings is cyclical, with the artist returning to the same locations year after year. The most iconic of these vistas include Primrose Hill, Mornington Crescent and Hampstead Road. These locations lie within walking distance from Auerbach’s studio in Camden Town, North London, where he has worked since 1954. Until recently, the artist would walk outside and draw every morning.

This exhibition includes a remarkable Auerbach painting from 2007-2008. When shown together with the group of drawings, it offers viewers a rare opportunity to understand the artist’s working method of creating drawings and paintings in tandem. Tower Blocks: Hampstead Road demonstrates Auerbach’s long-standing interest in the regeneration of Post-War London, which began in his early paintings from the 1950s of building sites; the theme of a major show of the artist’s work at The Courtauld Gallery, London, in 2009. Representing the cyclical nature of London’s development, the bright colours and inherent warmth of the Brutalist Tower Blocks show the artist’s familiarity with his subject matter and the architecture of the city. By including a street sign – a rarity, as Auerbach very seldomly uses text – the viewer is provided with an insight into the daily routine of this preeminent artist.

The exhibition traces the revolution that Auerbach ignited in the 1950s that saw a renewed interest in figurative and landscape painting. This paved the way for younger generations of artists who continue to cite his work as a fundamental point of reference and persevere in finding new ways to reinterpret the world around them.

Frank Auerbach (b. Berlin, 1931) is widely regarded as Britain’s greatest living artist. In 1939, as an 8-year old boy, Auerbach was sent to England from Germany by his parents (who he never saw again). In London, he studied at St. Martin’s School of Art from 1948 to 1952 and the Royal College of Art from 1952 to 1955. He attended night classes at Borough Polytechnic, London, where he was taught by David Bomberg from 1948-1953. He has lived and worked in North London for almost the entirety of his career. Auerbach represented Great Britain in the 42nd Venice Biennale in 1986, where he was awarded the prestigious Golden Lion prize. 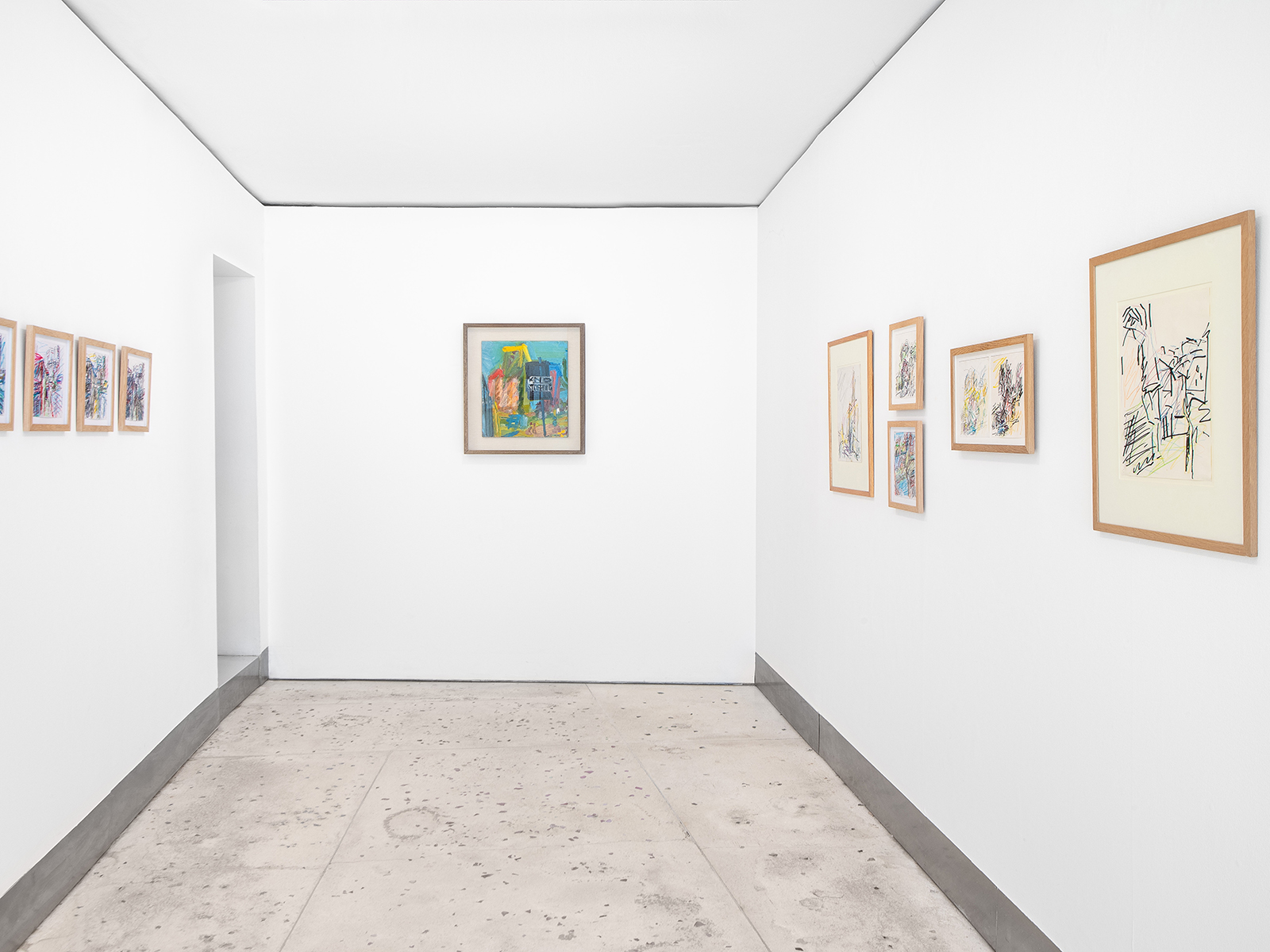 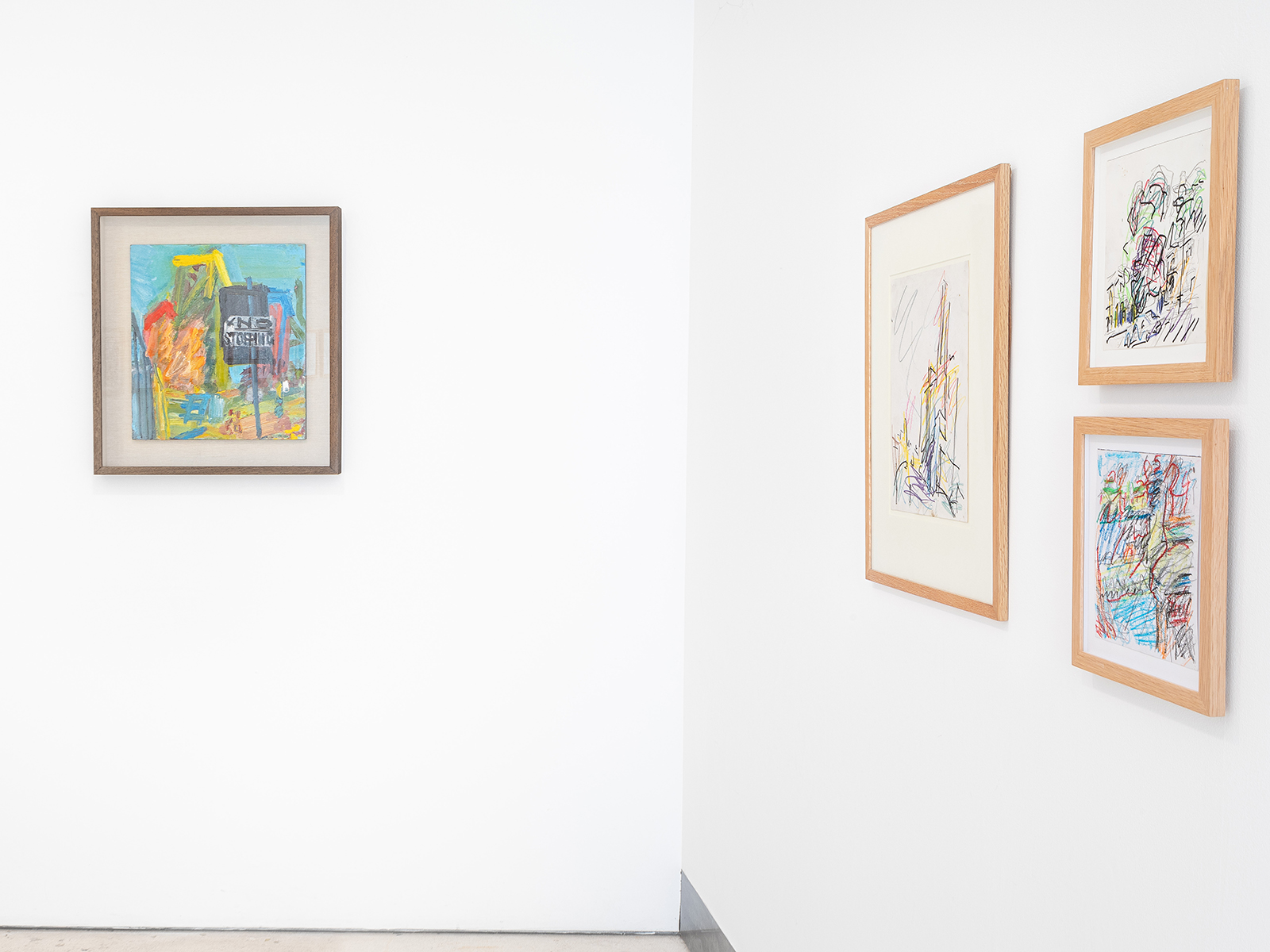 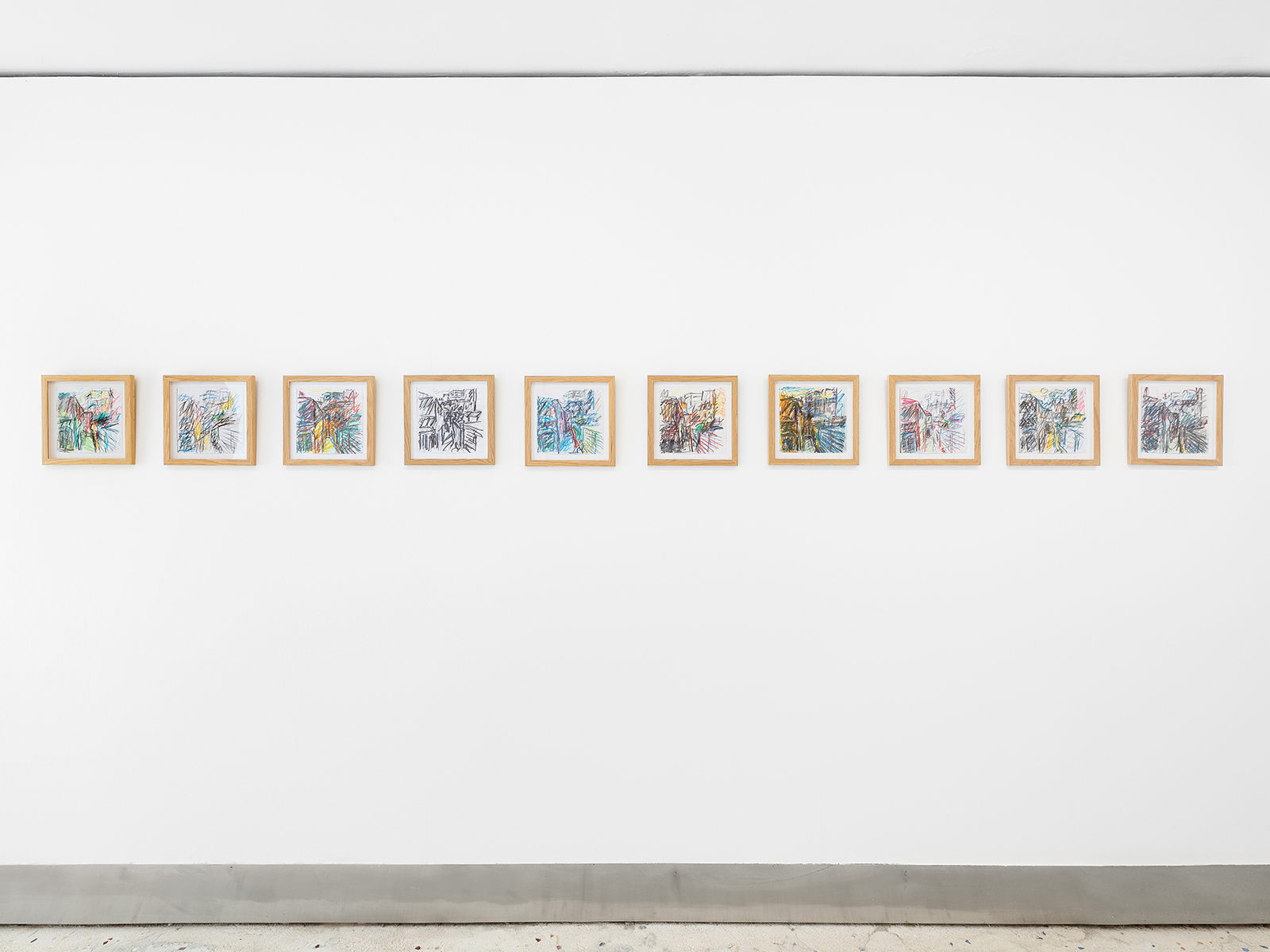 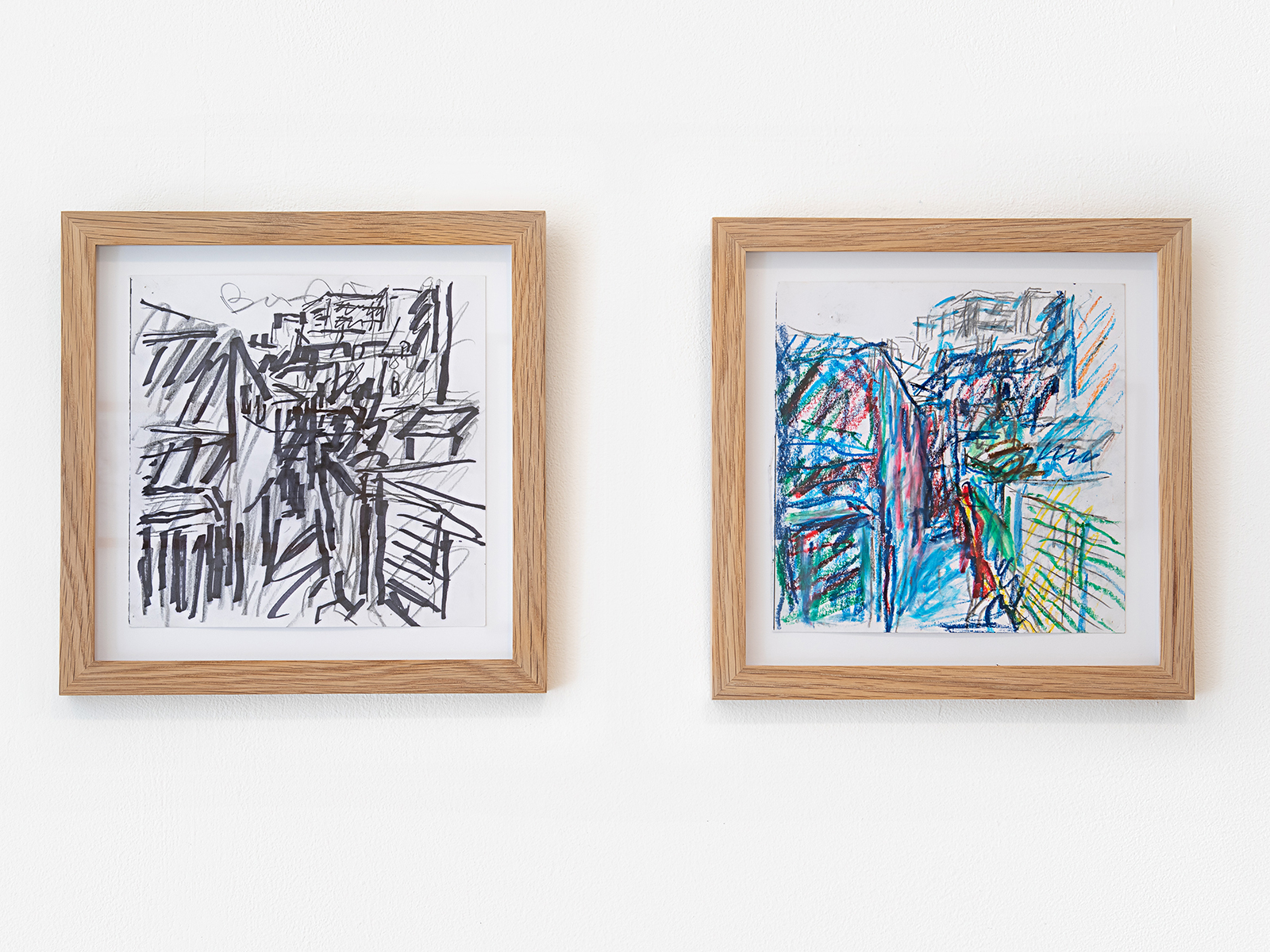 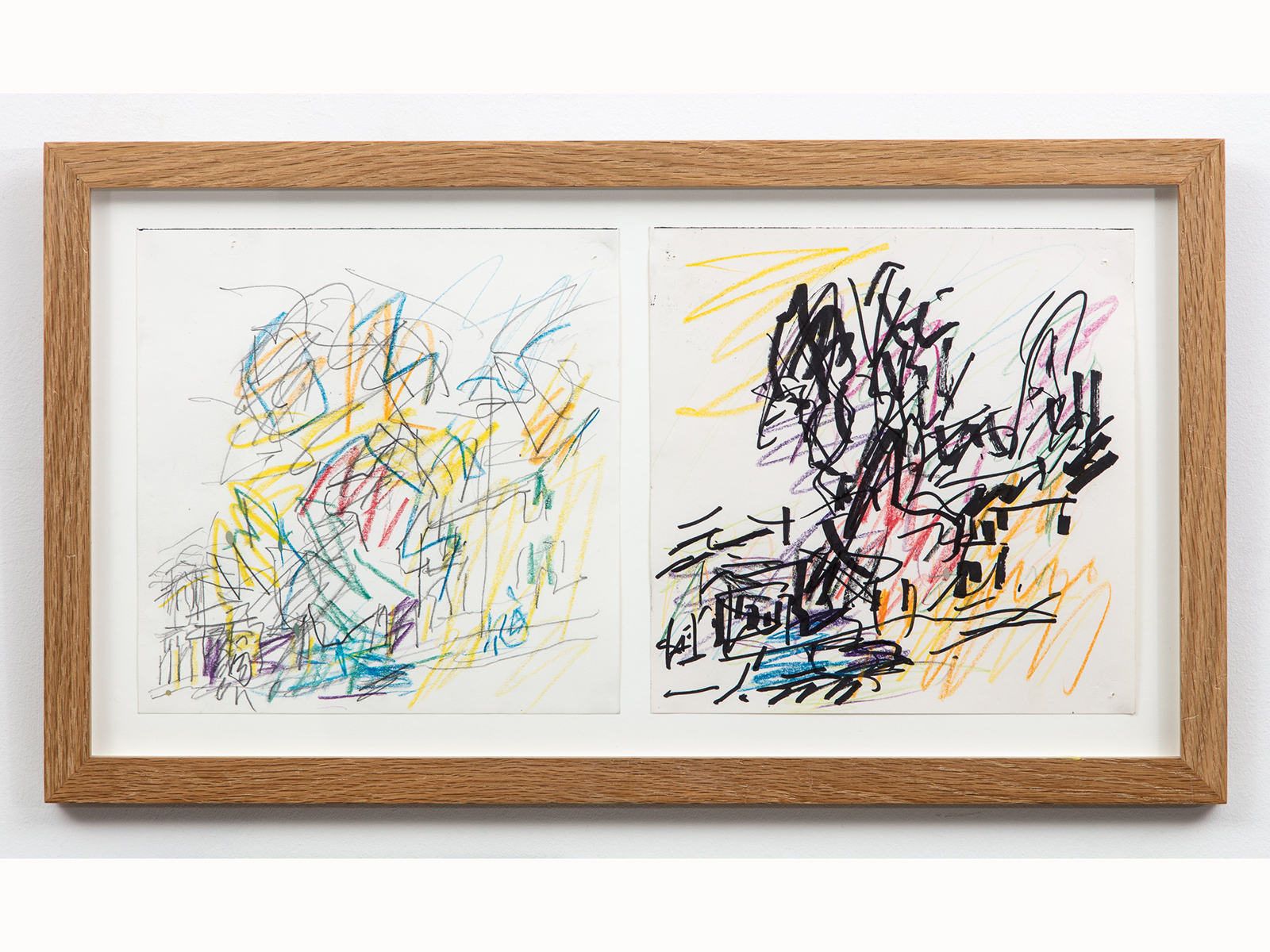 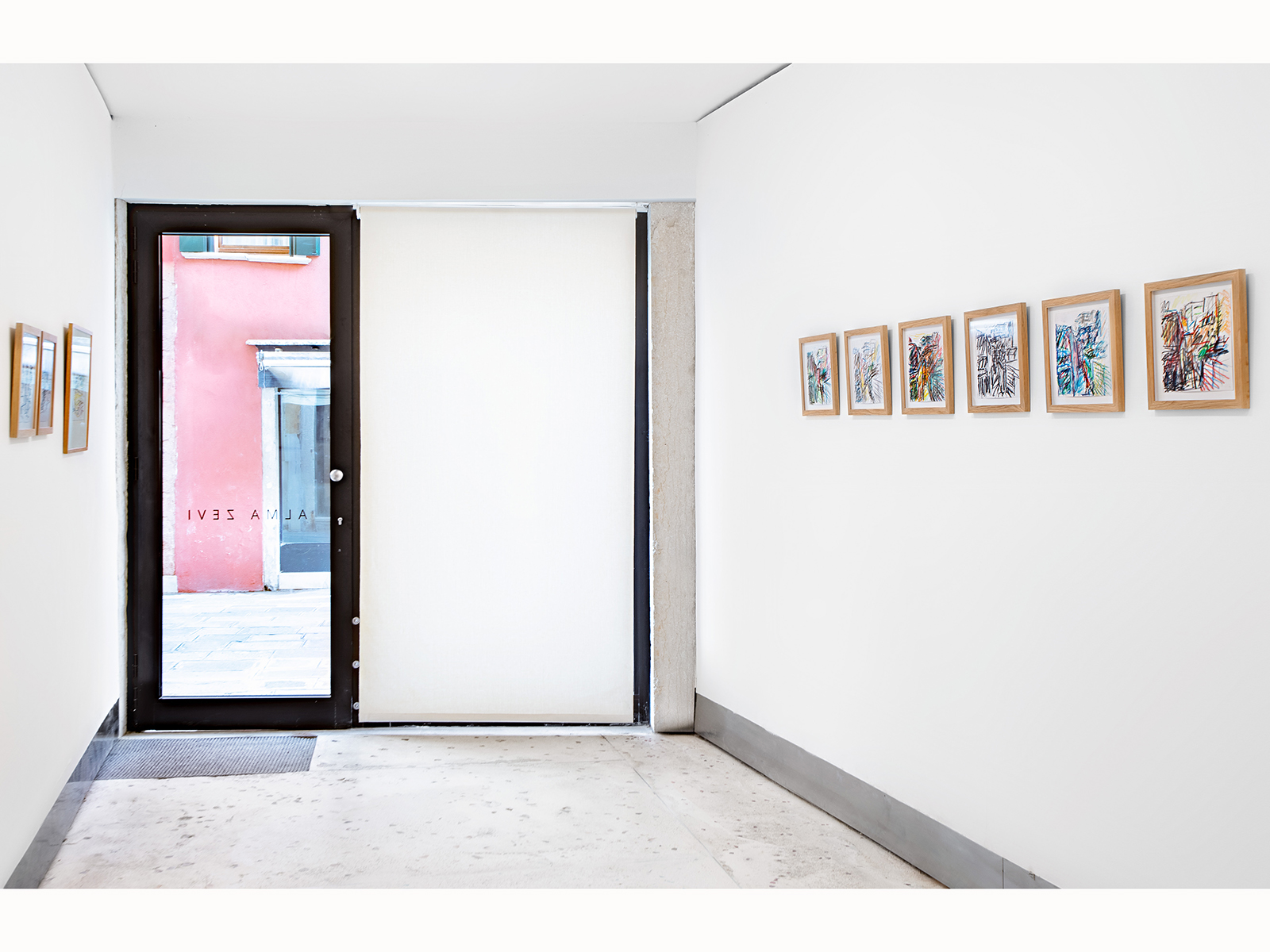 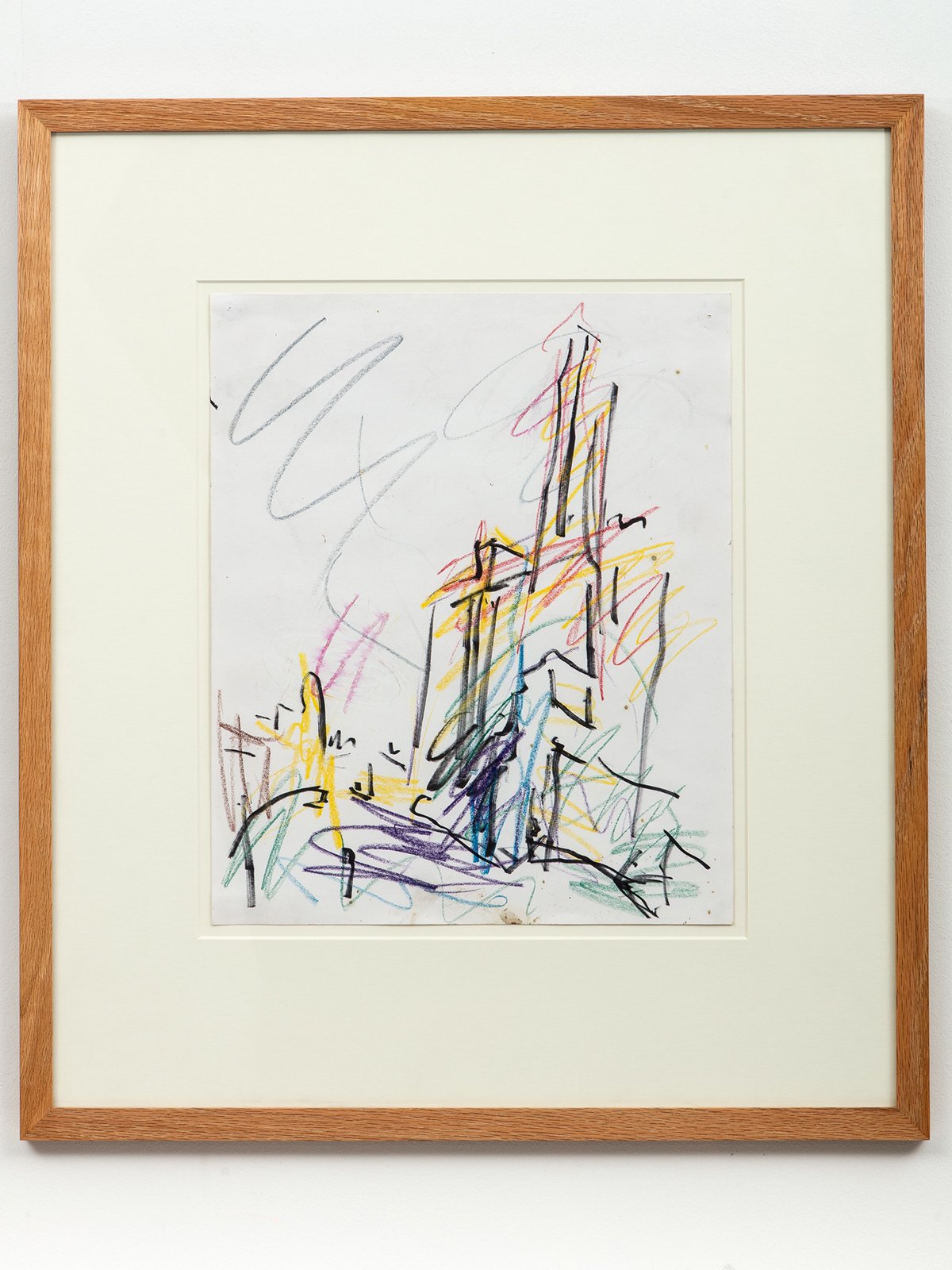 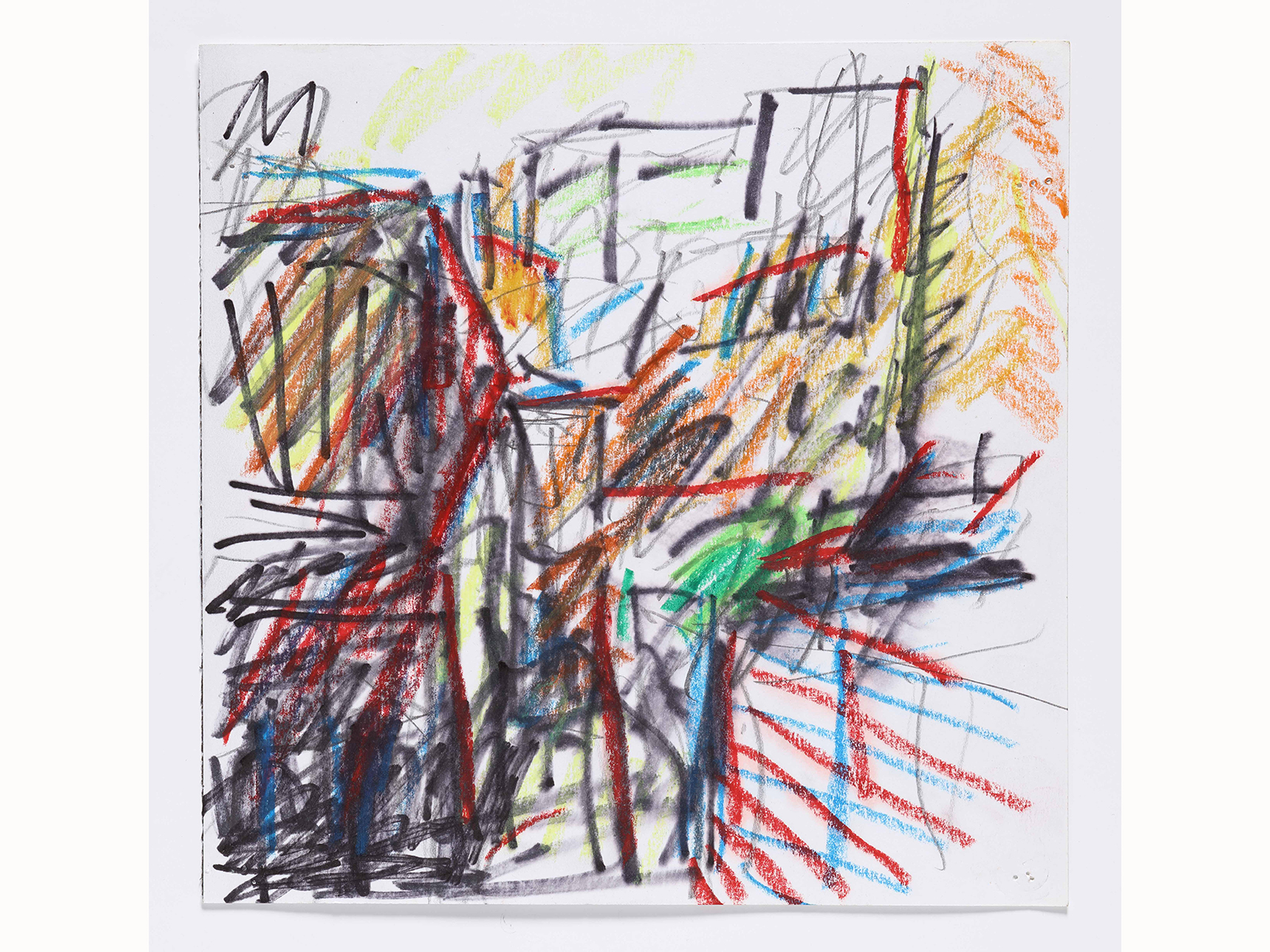 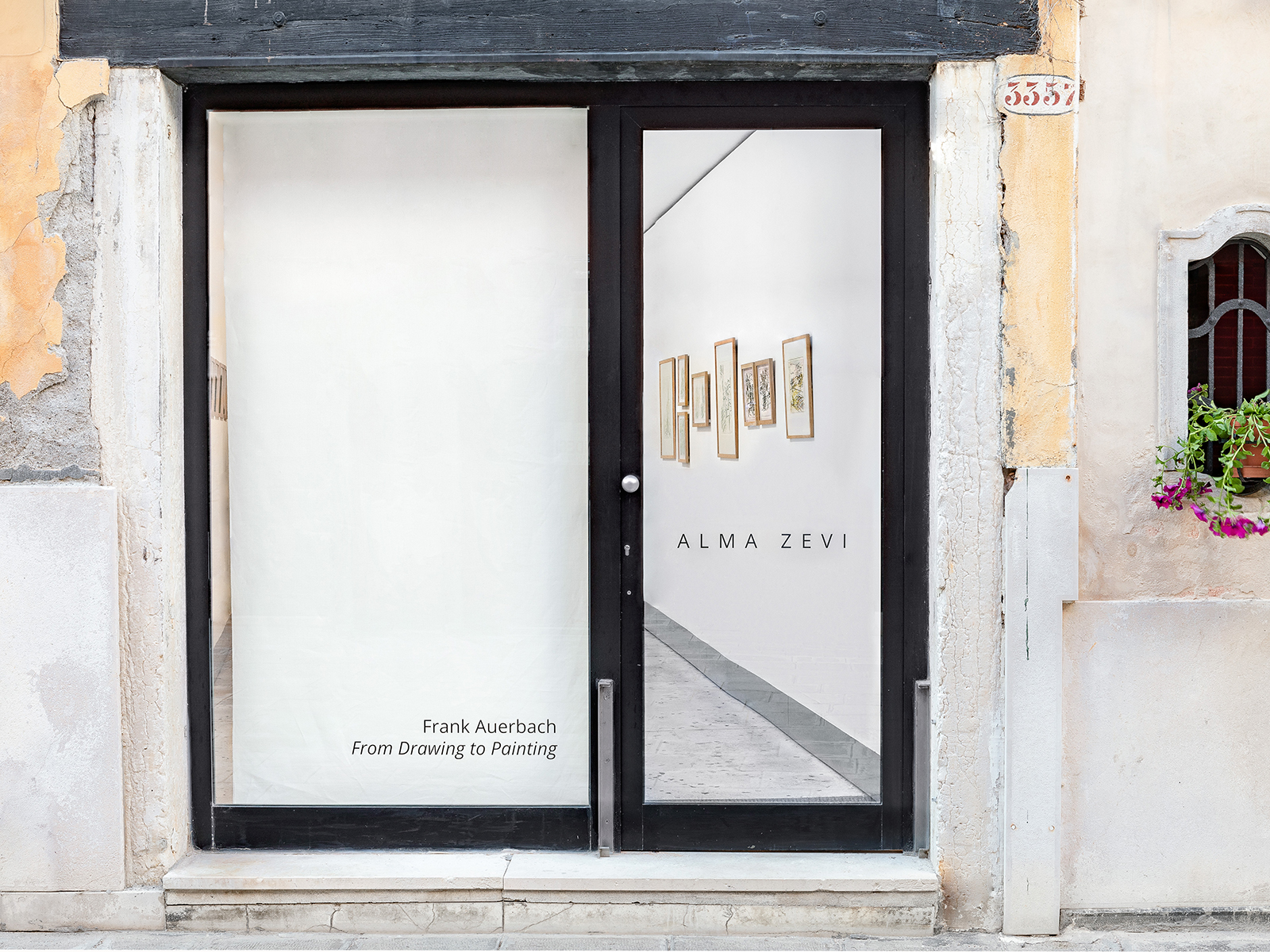