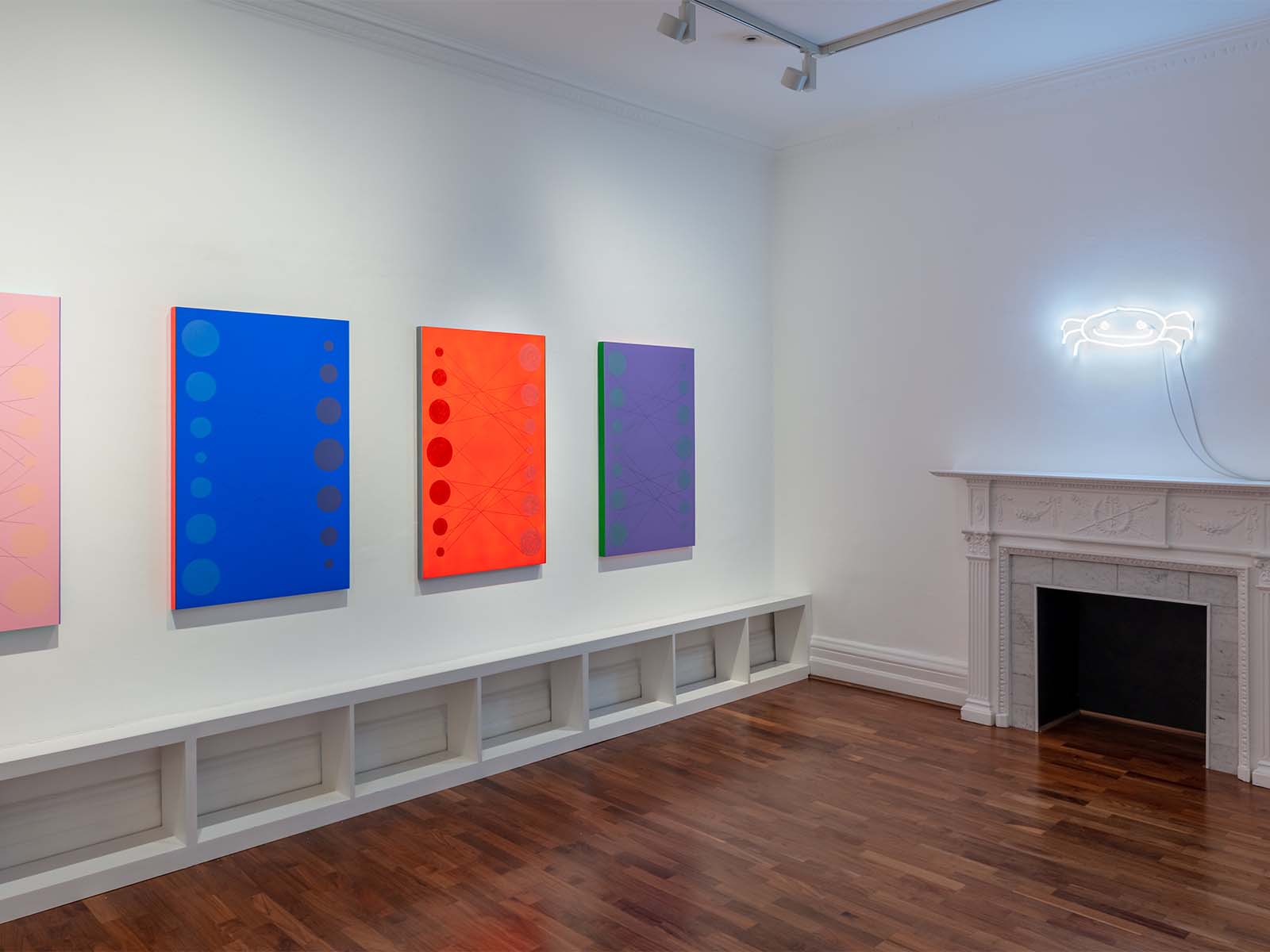 ALMA ZEVI is delighted to present Christopher P. Green: The Blue Mask, the first solo exhibition of this British artist at the gallery’s London space. The show brings together a new neon piece with six large-scale abstract paintings. This selection, all on display for the first time, reveals Green’s (b. 1983, Dorset) myriad of interests in music, nature and the unpredictability of time.

The title of the exhibition, The Blue Mask, refers to Lou Reed’s iconic 1982 album, which Green began re-listening to when he moved out of London in 2018, setting up a studio near Penzance in Cornwall. The imagery of the album is evocative of this change of scenery with its vast expanses of sea and sky. Yet the influence of Green’s new territory on his practice also marks a conceptual departure from the more ubiquitous landscape painters that Cornwall has played host to.

The centrepiece of the exhibition is Riparo (2021), a neon scaled-up doodle of a smiling crab. Green started experimenting with neon during his 2018 exhibition Vitreous Humour at ALMA ZEVI Venice, where a drawing of a flying figure, Mosca Volante, was transformed into a neon sculpture. This new piece, Riparo, continues this investigation, where Green translates pseudo-nai?ve drawings into complex installations which appear to float in space. Crabs are recurring subjects in Green’s work; he began drawing these in the corners or margins of waste paper ten years ago. Native to the Cornish coast, the crustaceans can also be interpreted autobiographically; lone nomads, they dance from side to side rather than moving forwards in linear fashion, finding this sidelong gait more efficient when moving along the shoreline. Portraying a symbol of independence, they carry their own homes and are highly adaptable creatures, adjusting to different environments and climates. The translation of the Italian word Riparo is ‘place of shelter.’

Adapting and reinterpreting artworks from past series is a core characteristic of Green’s practice. The six paintings on display, all made in 2021, are an extension of Green’s 2009 series titled Between Together and Afar (BT&A). As the artist says, ‘I am interested in the notion of time and gestation. The content of the painting emerges only with time’.

This body of work explores the notion of time and repetition through the use of cyclical processes of experimentation and production. The colour of the circles is determined by combining the colour of the central ground with that of the sides. The circles are then connected by thin graphite lines, forming a net across the canvas. The graphite lines make themselves visible only under specific conditions: in some cases, they only appear when viewed from a certain angle. This rigorous approach to conceptual abstraction recalls the work of artists such as Kasimir Malevich, Agnes Martin and Yayoi Kusama; the latter of which’s Infinity Net series first appeared within Kusama’s practice in 1959. In revisiting the BT&A series, Green continues to apply finite and self-imposed rules to his work, often with surprising and unexpected consequences. As the artist says:

The Blue Mask is like a trawling net: some things are caught and brought to the surface, while others escape only to be picked up later. All the while the crabs stay low, watching, waiting for the coast to clear. 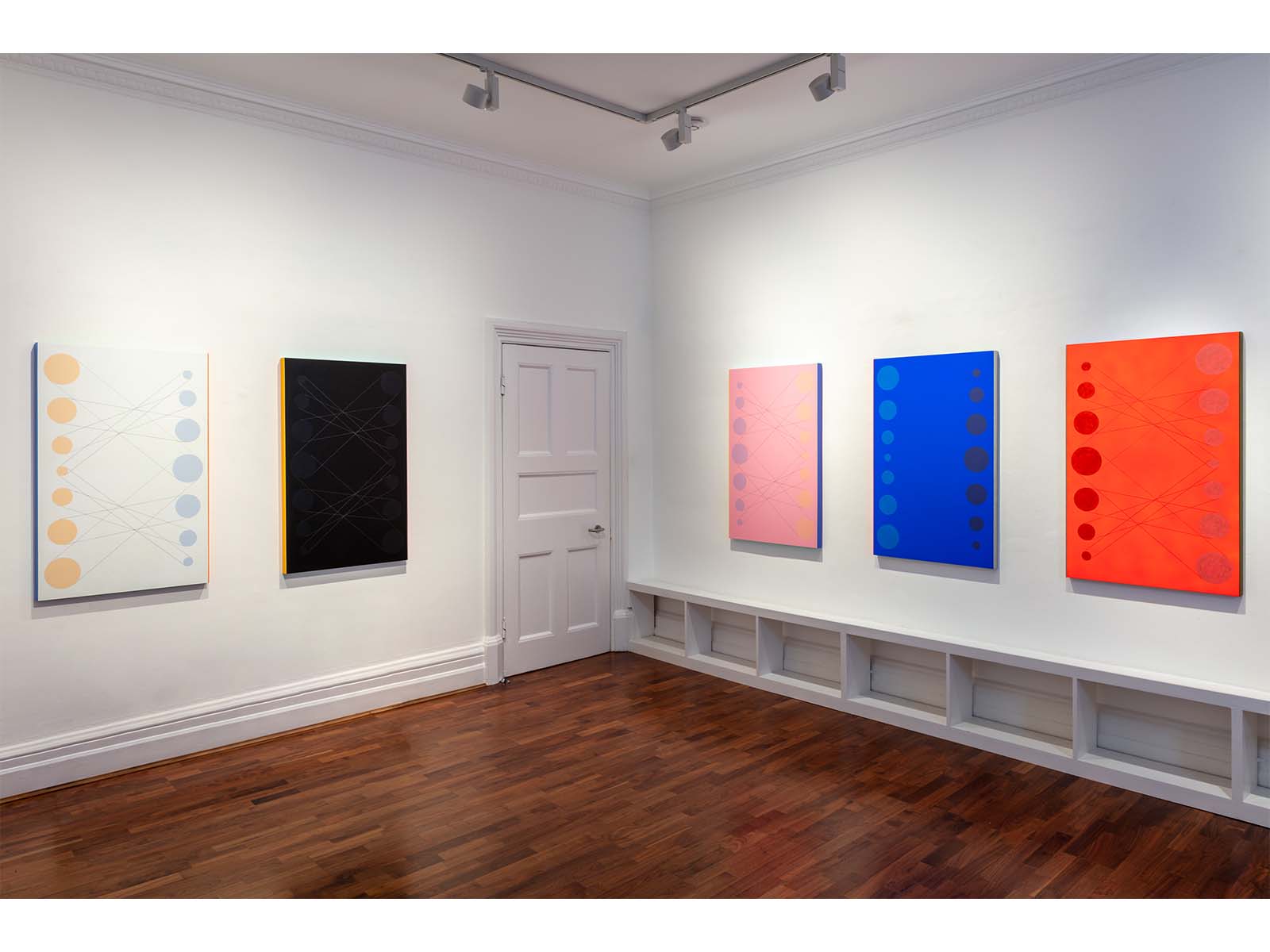 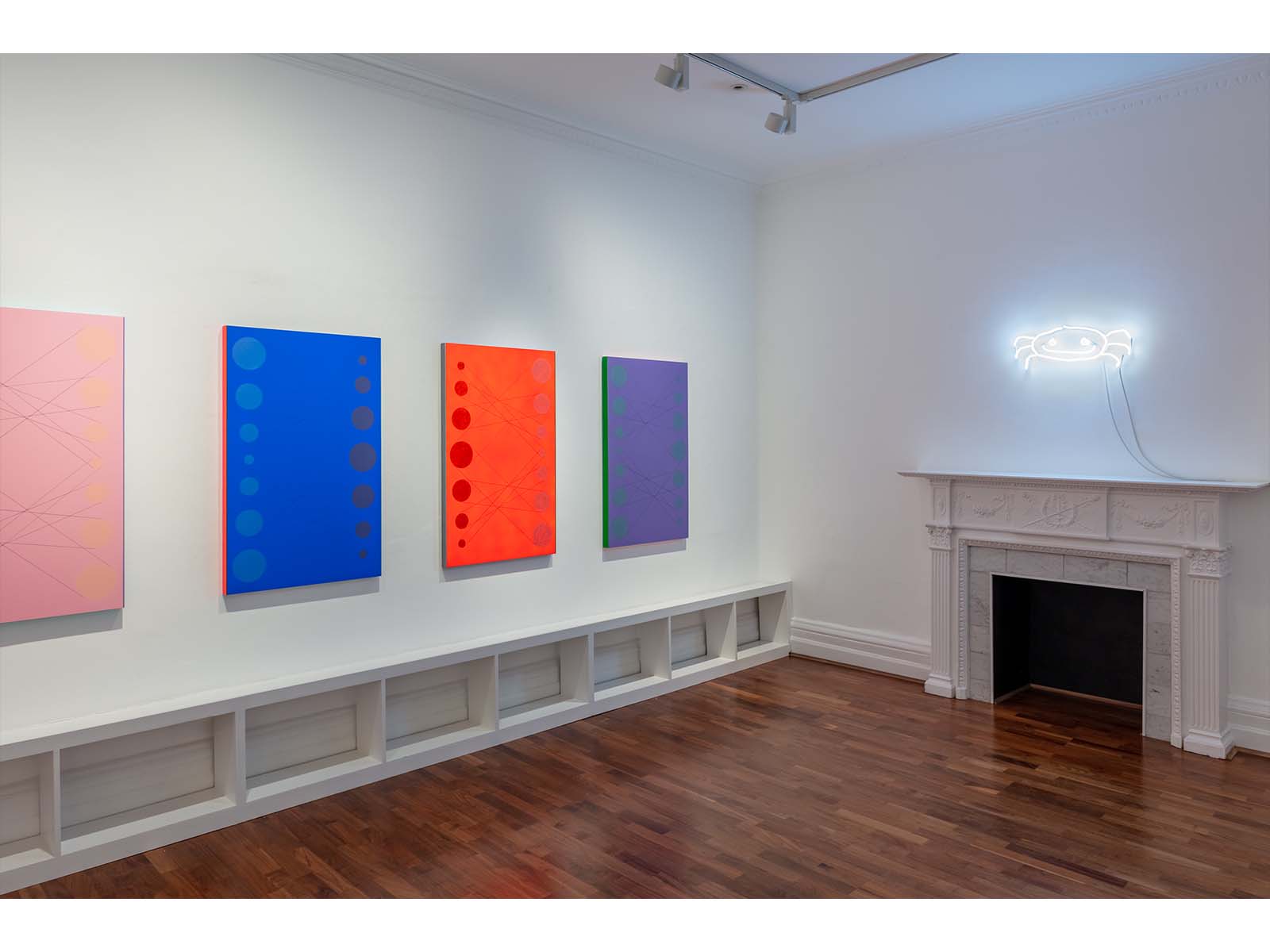 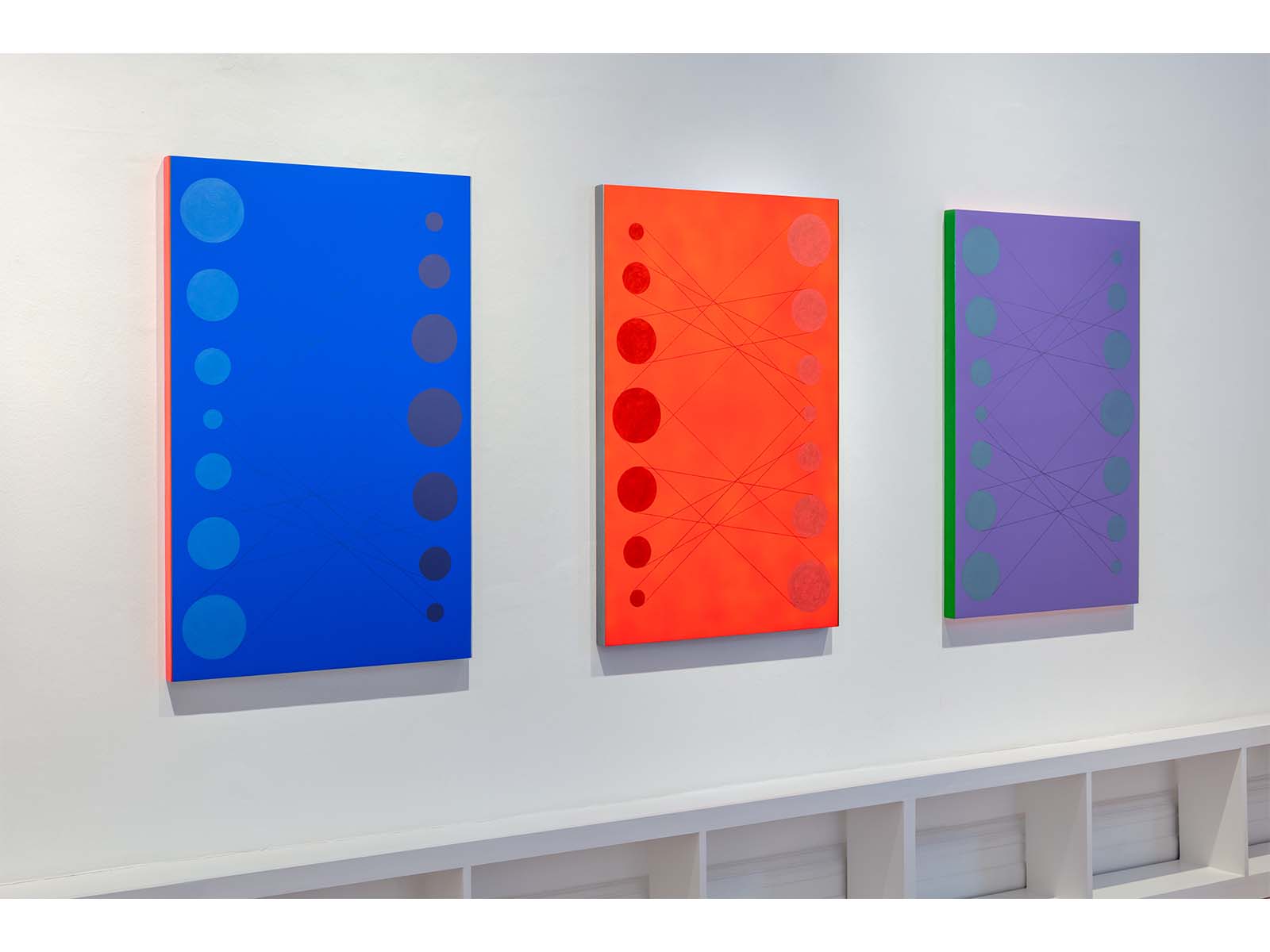 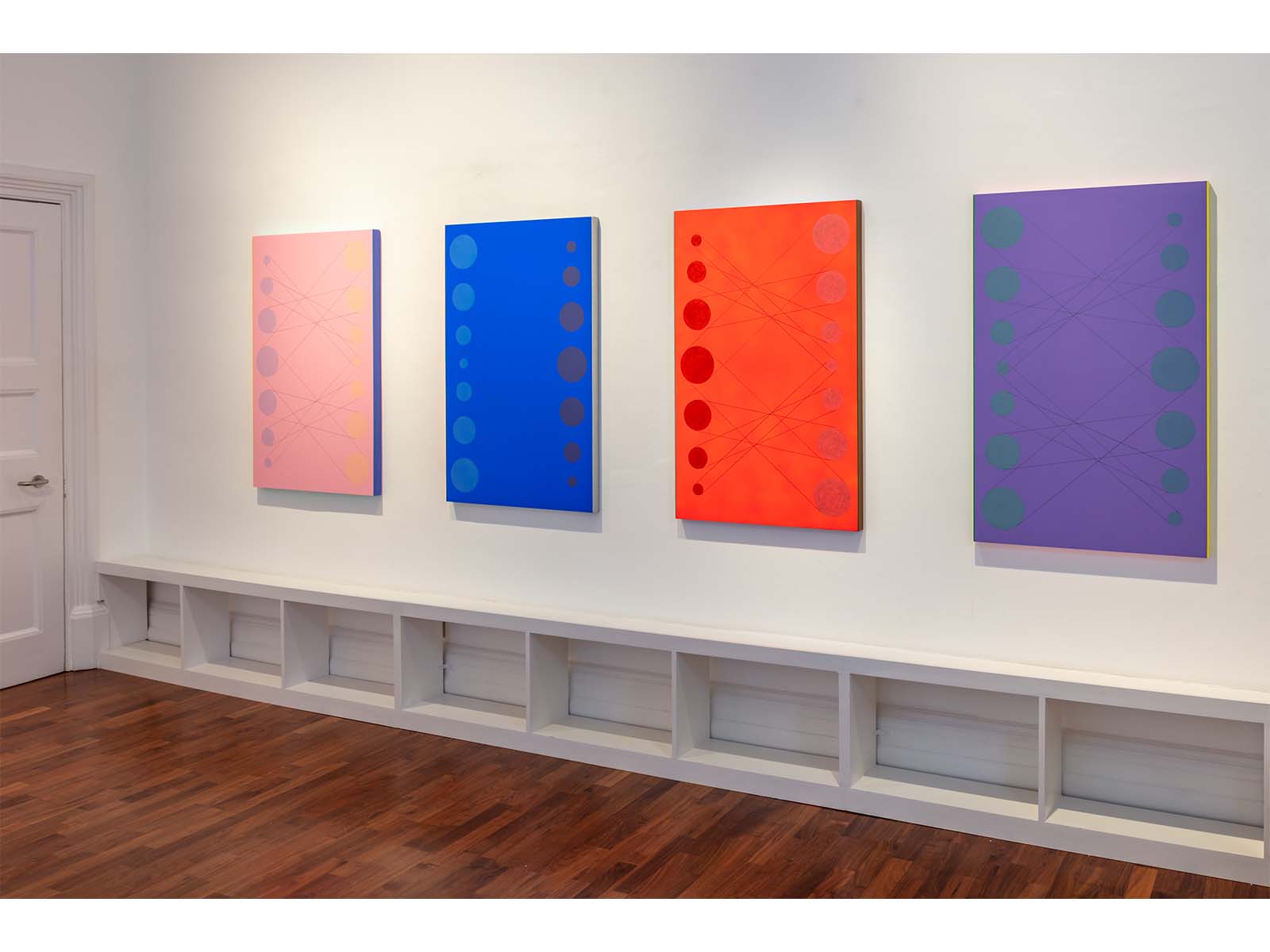 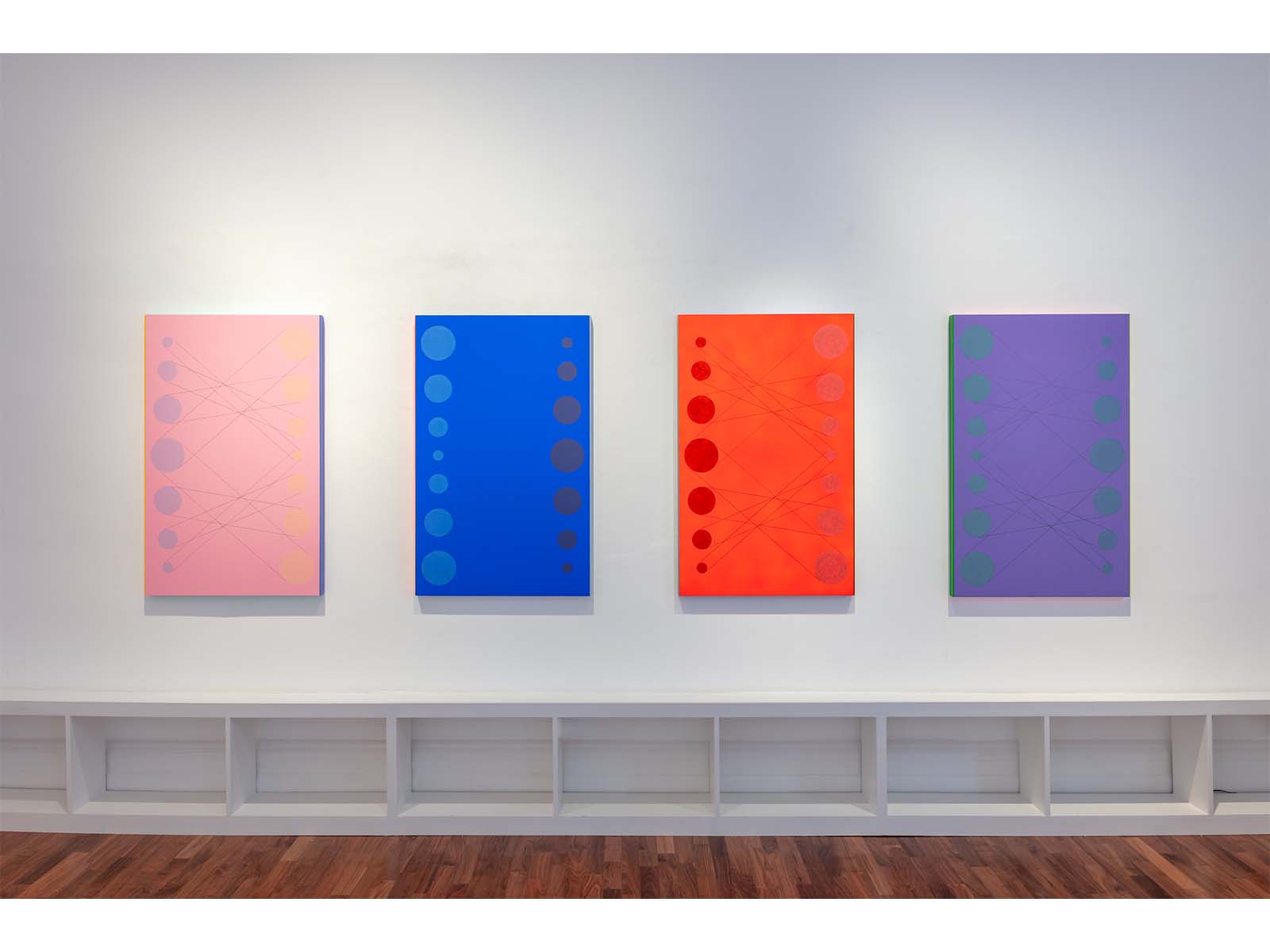 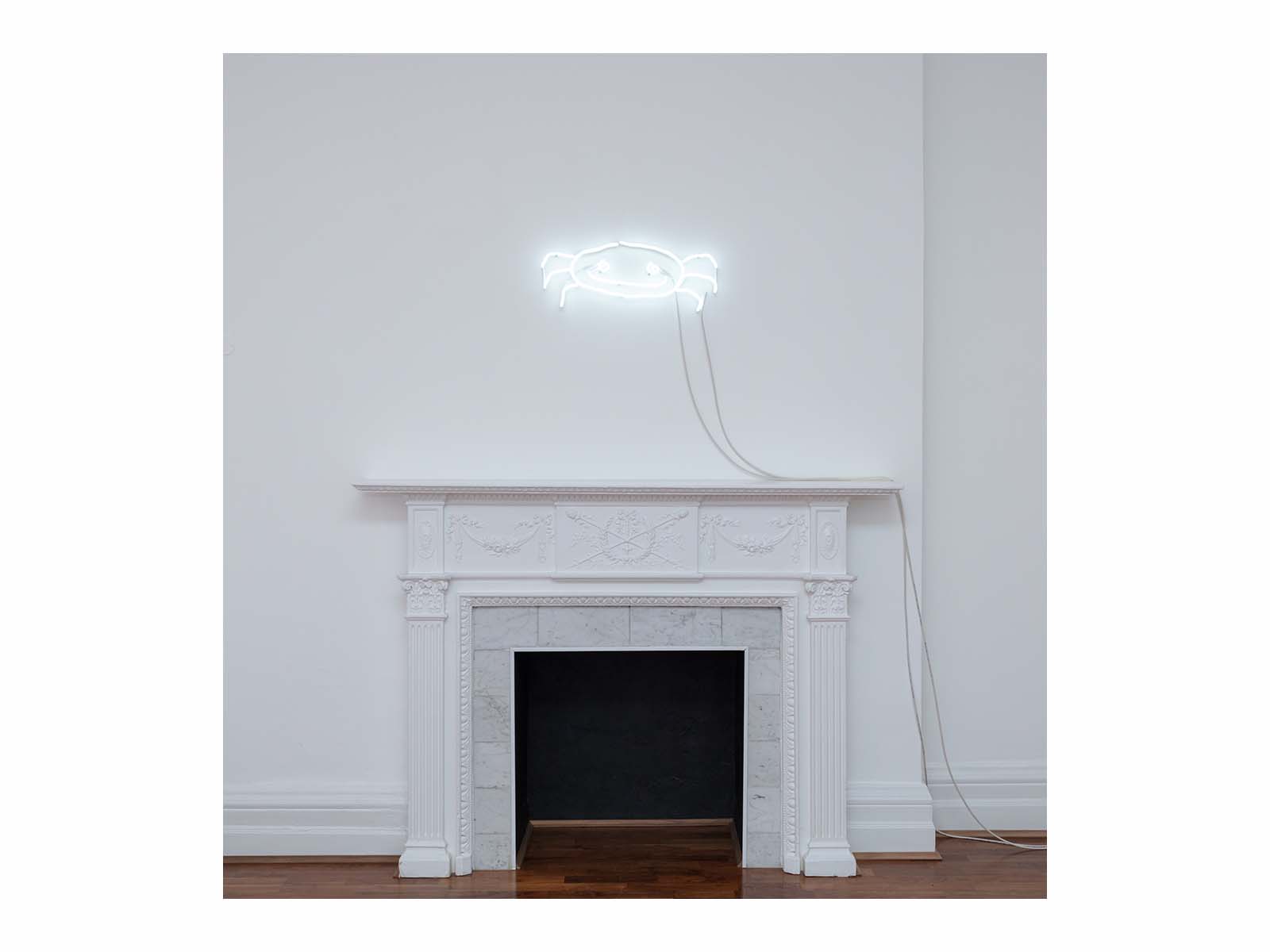 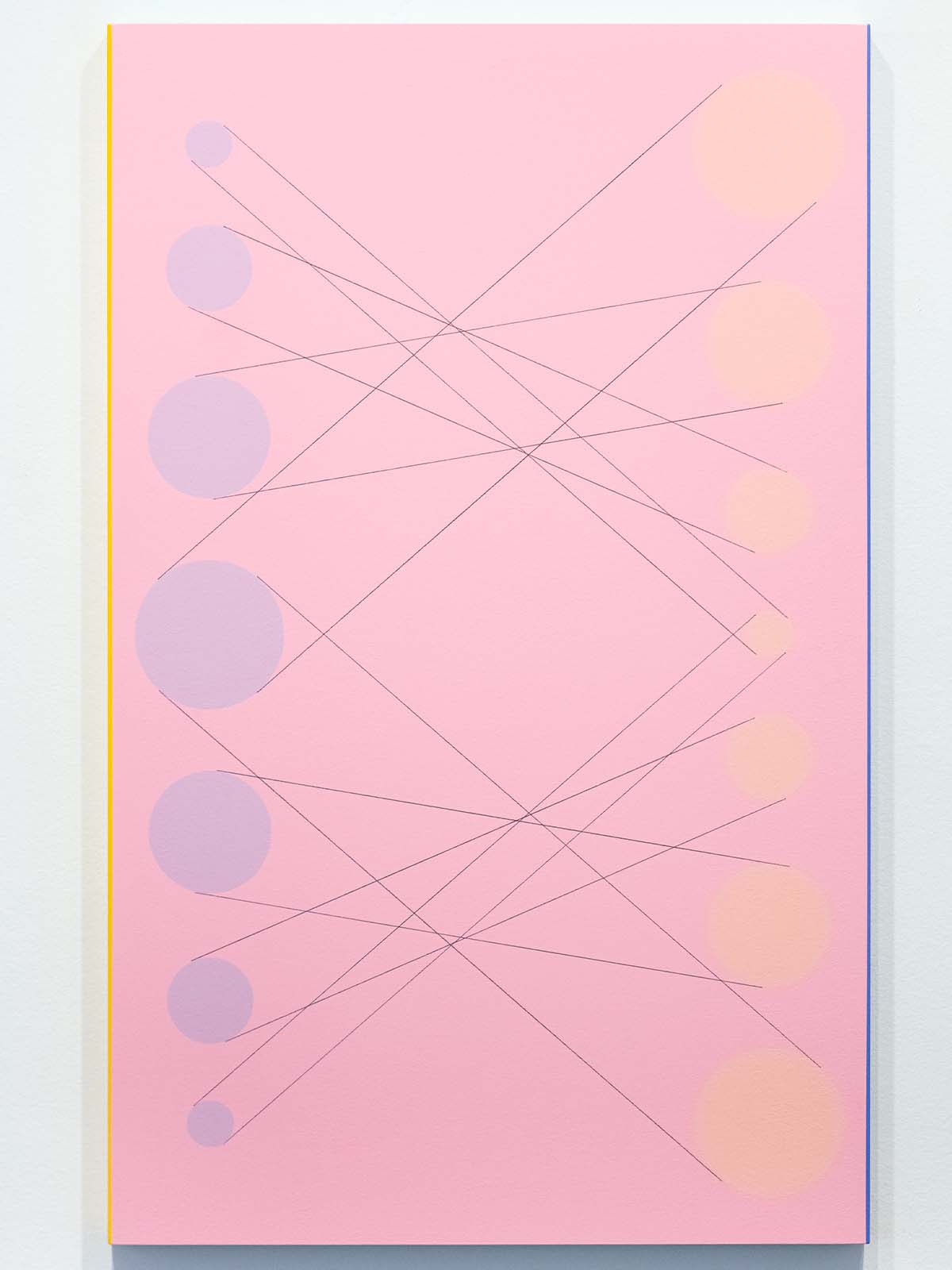 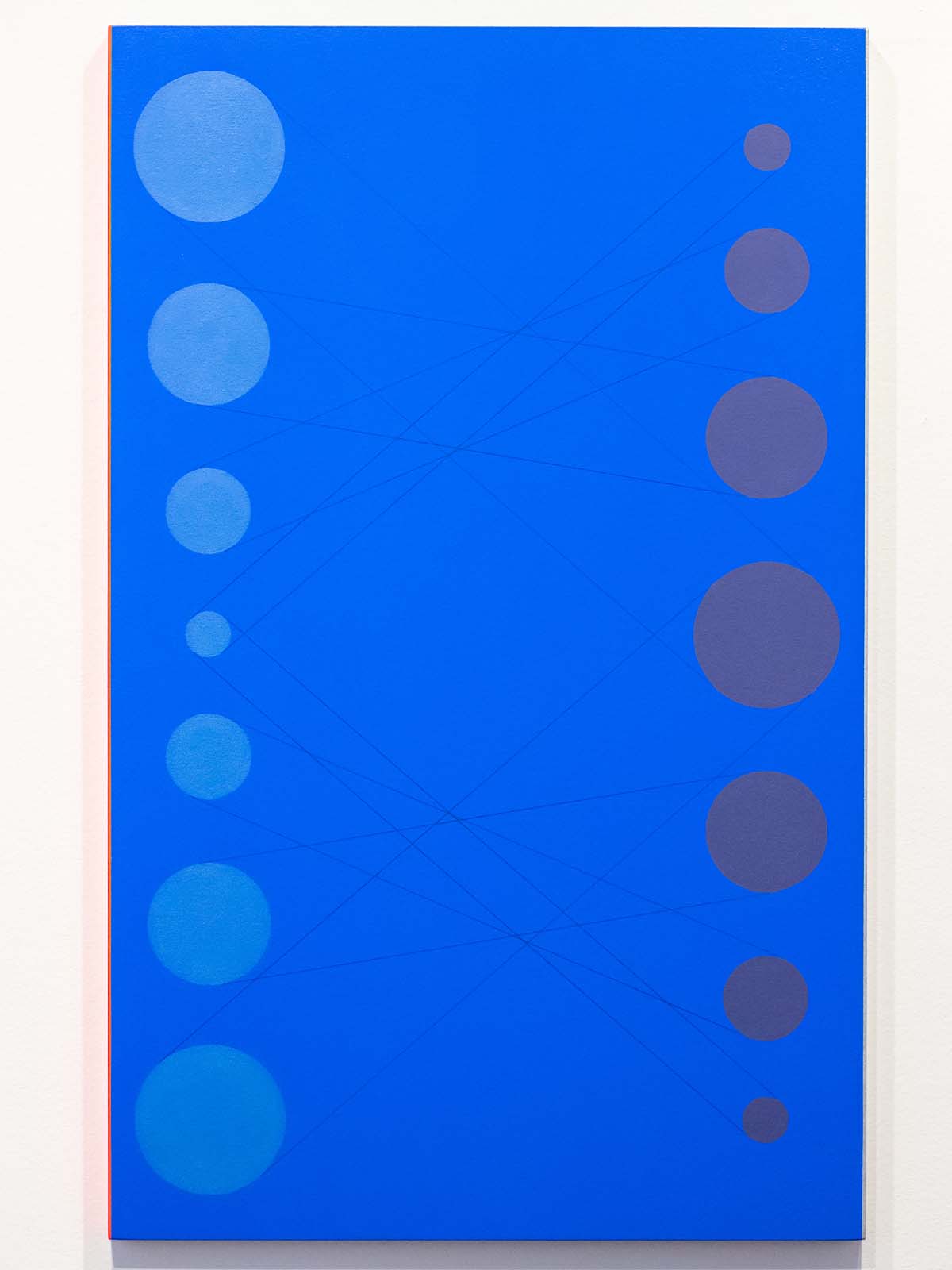 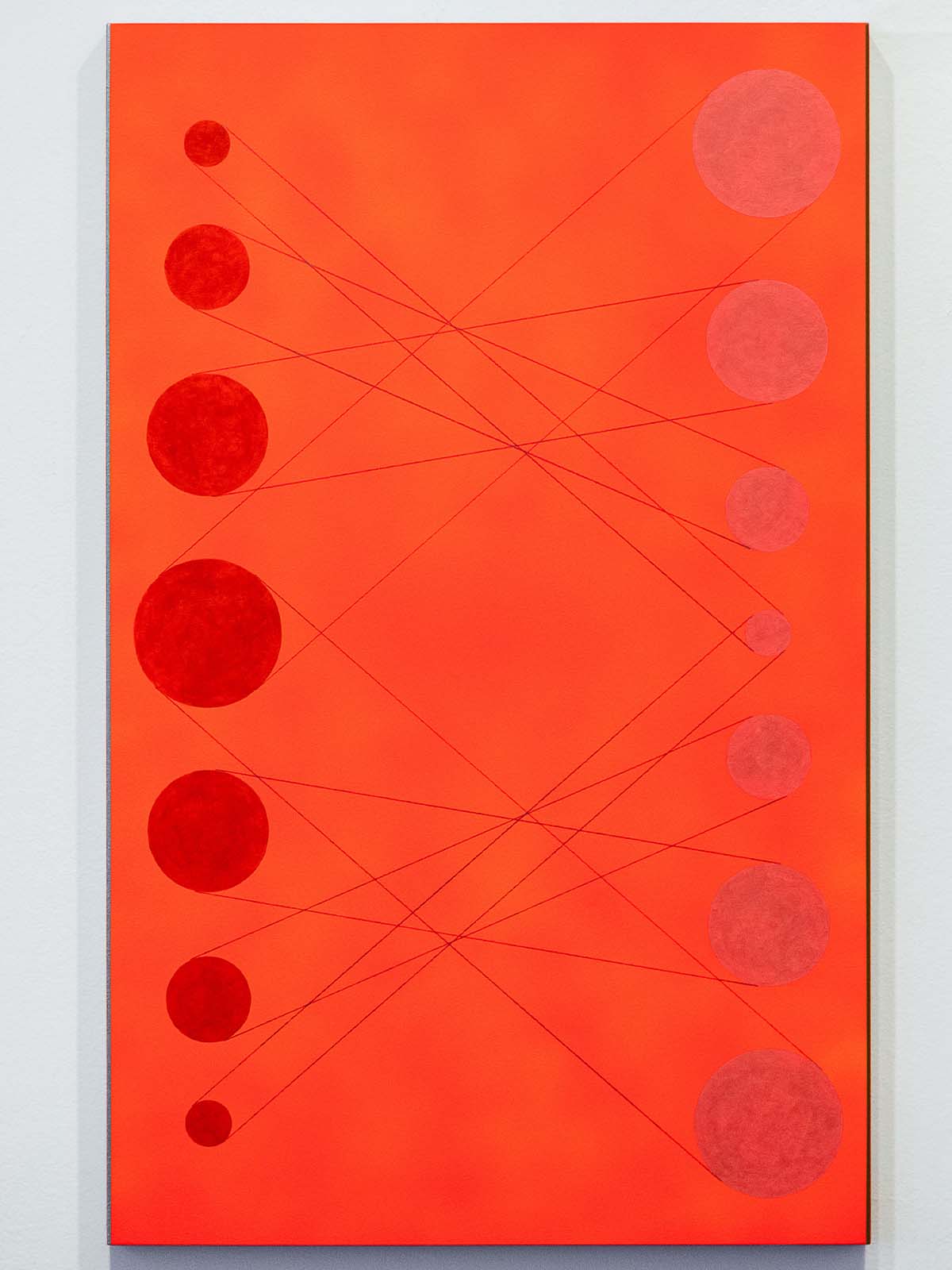 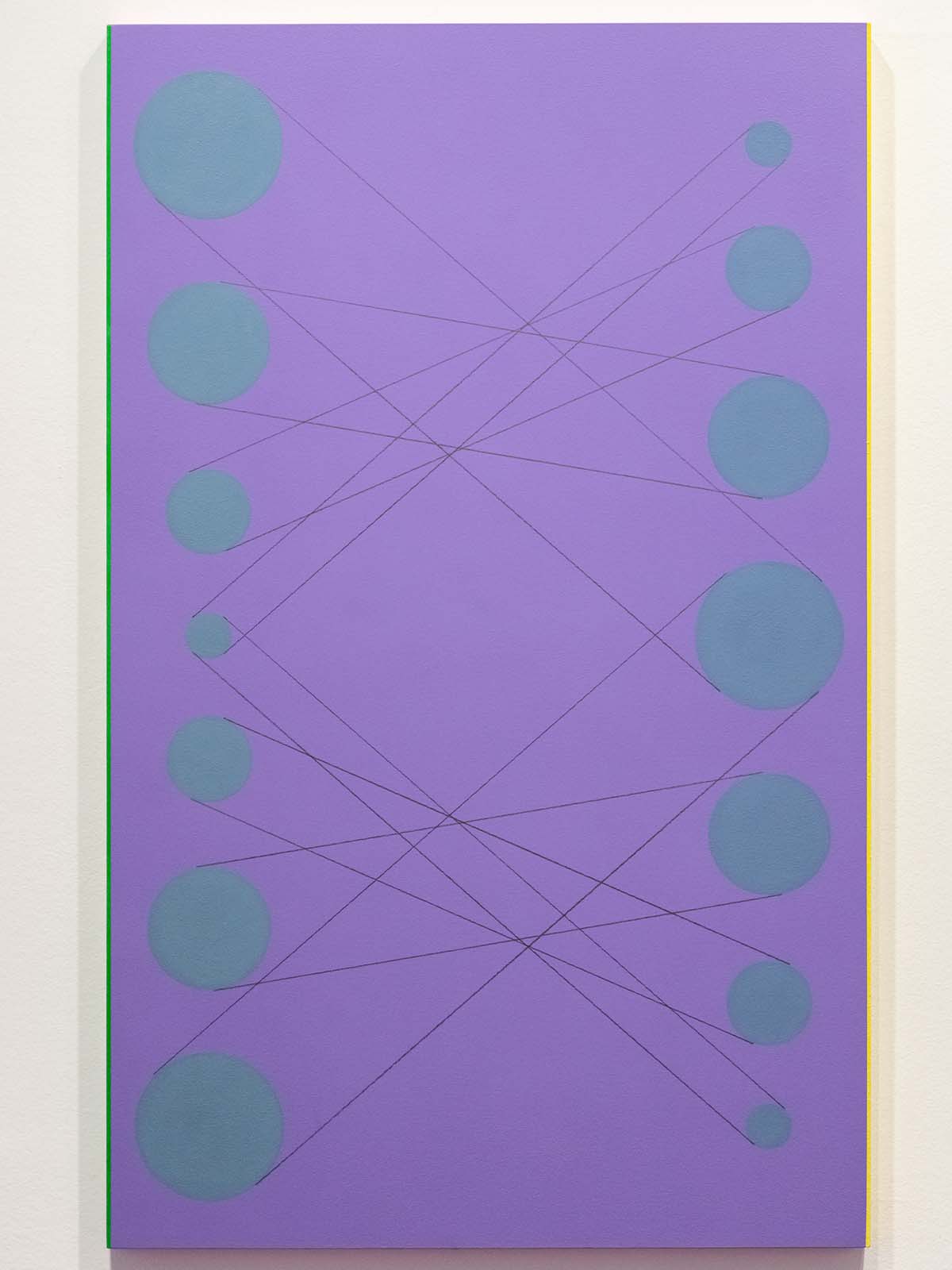 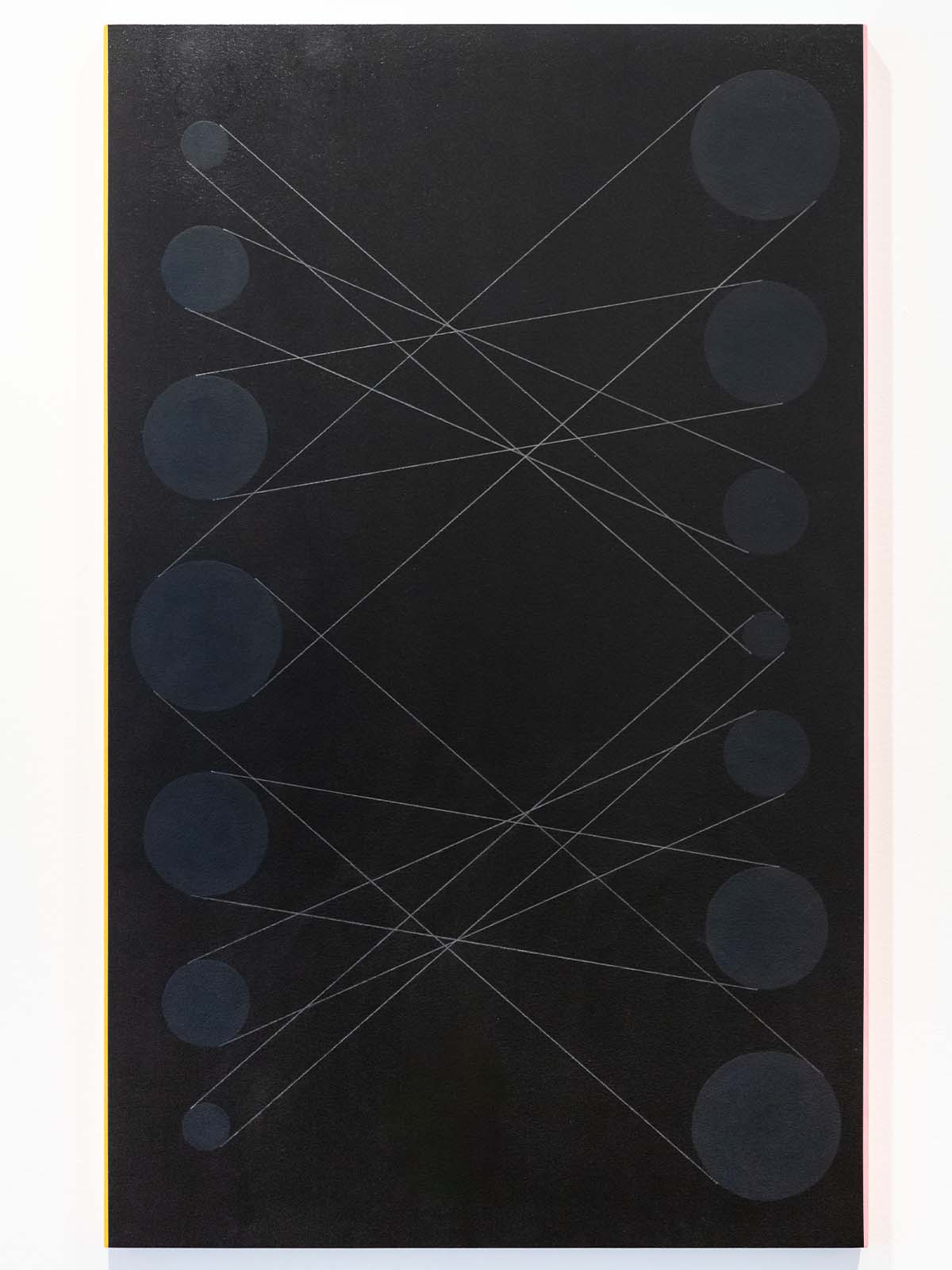 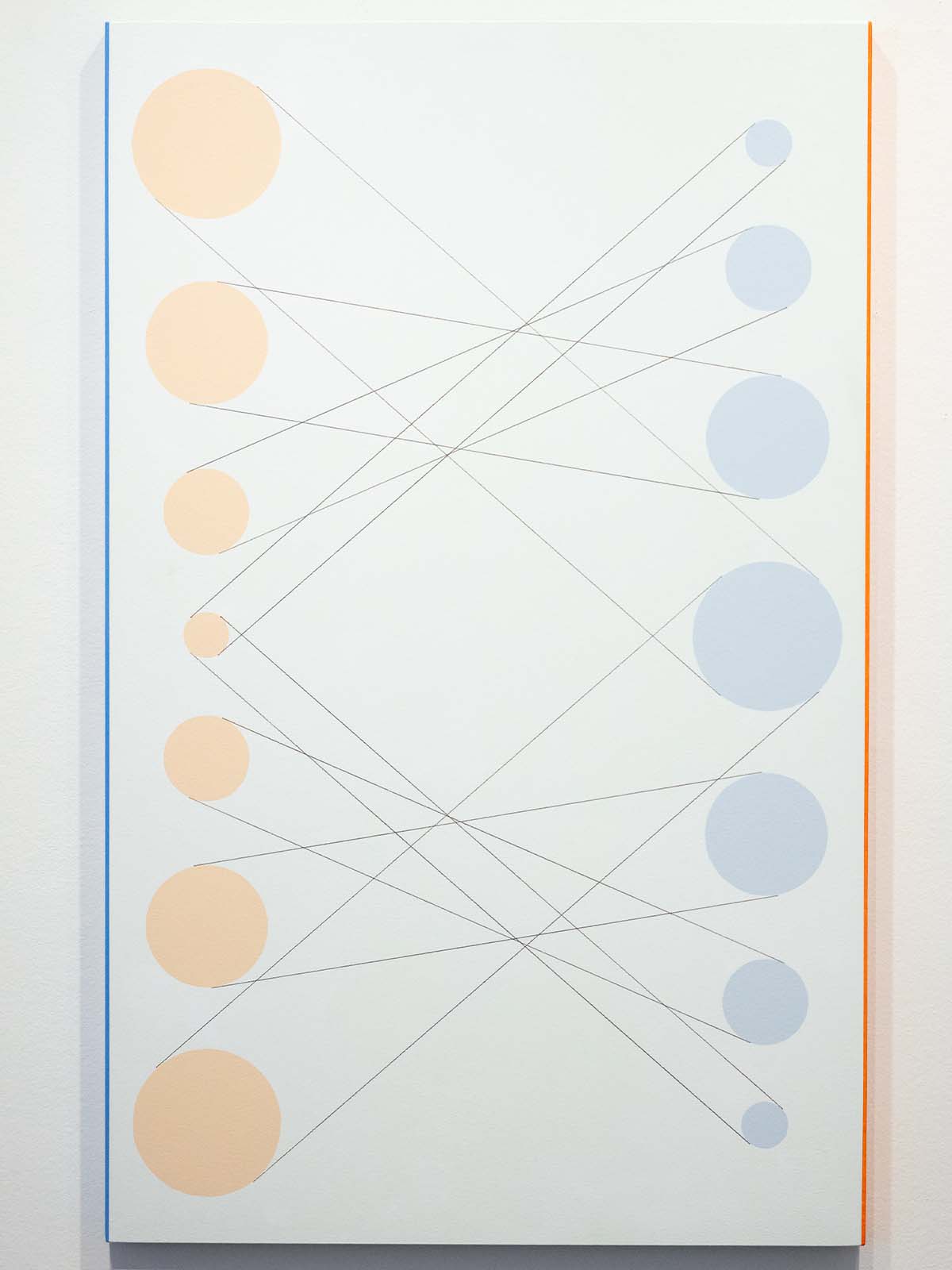 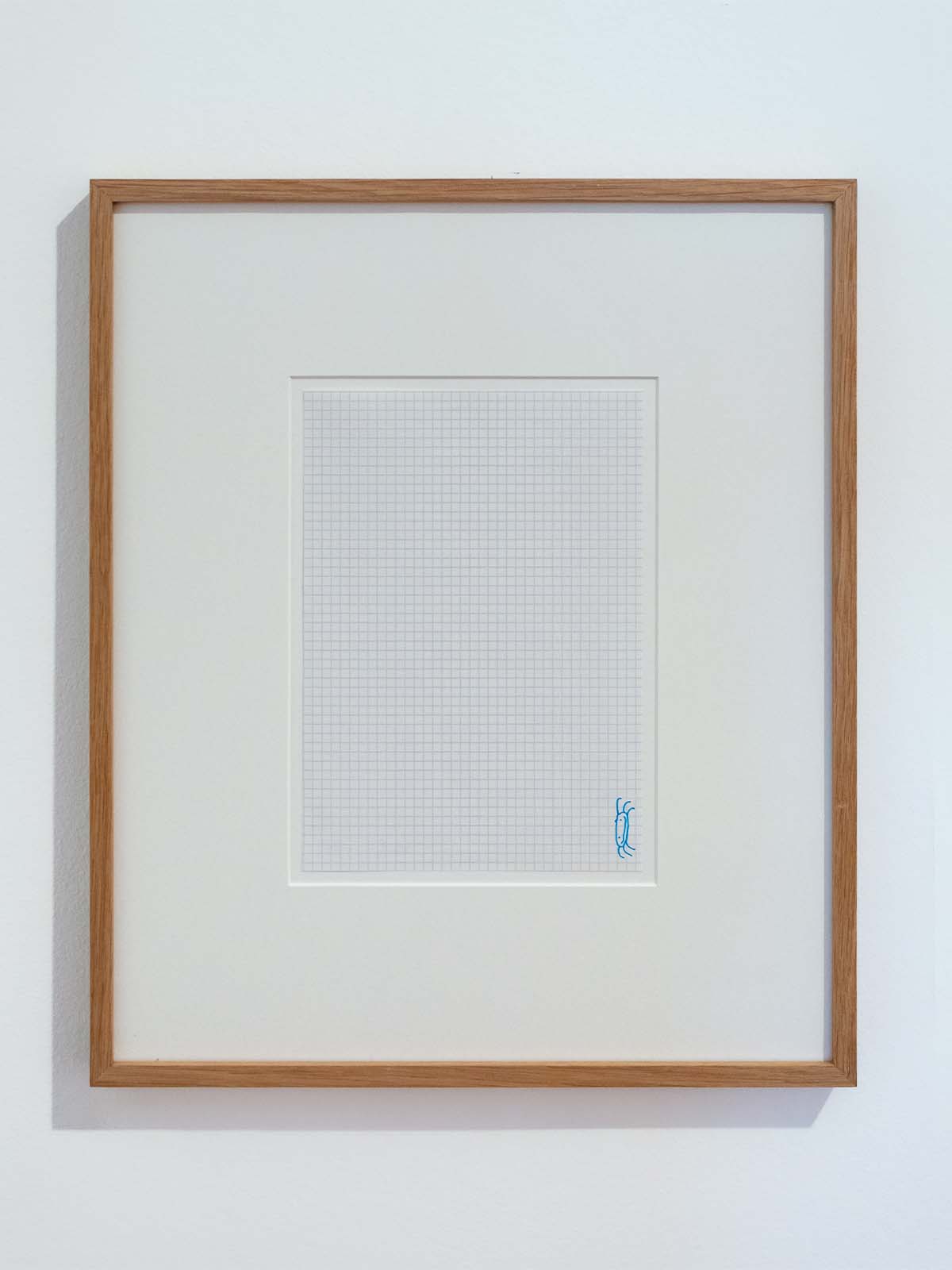 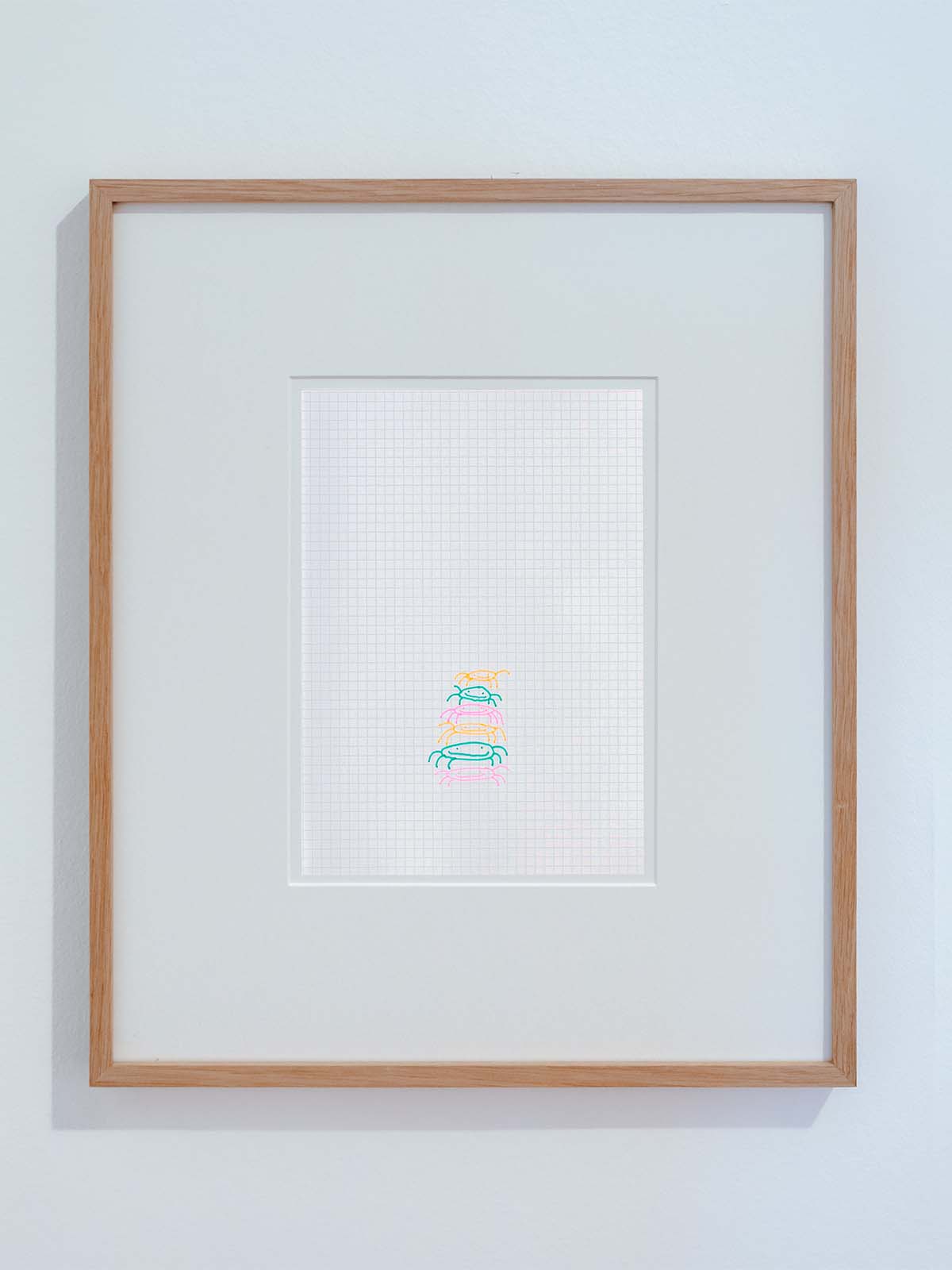