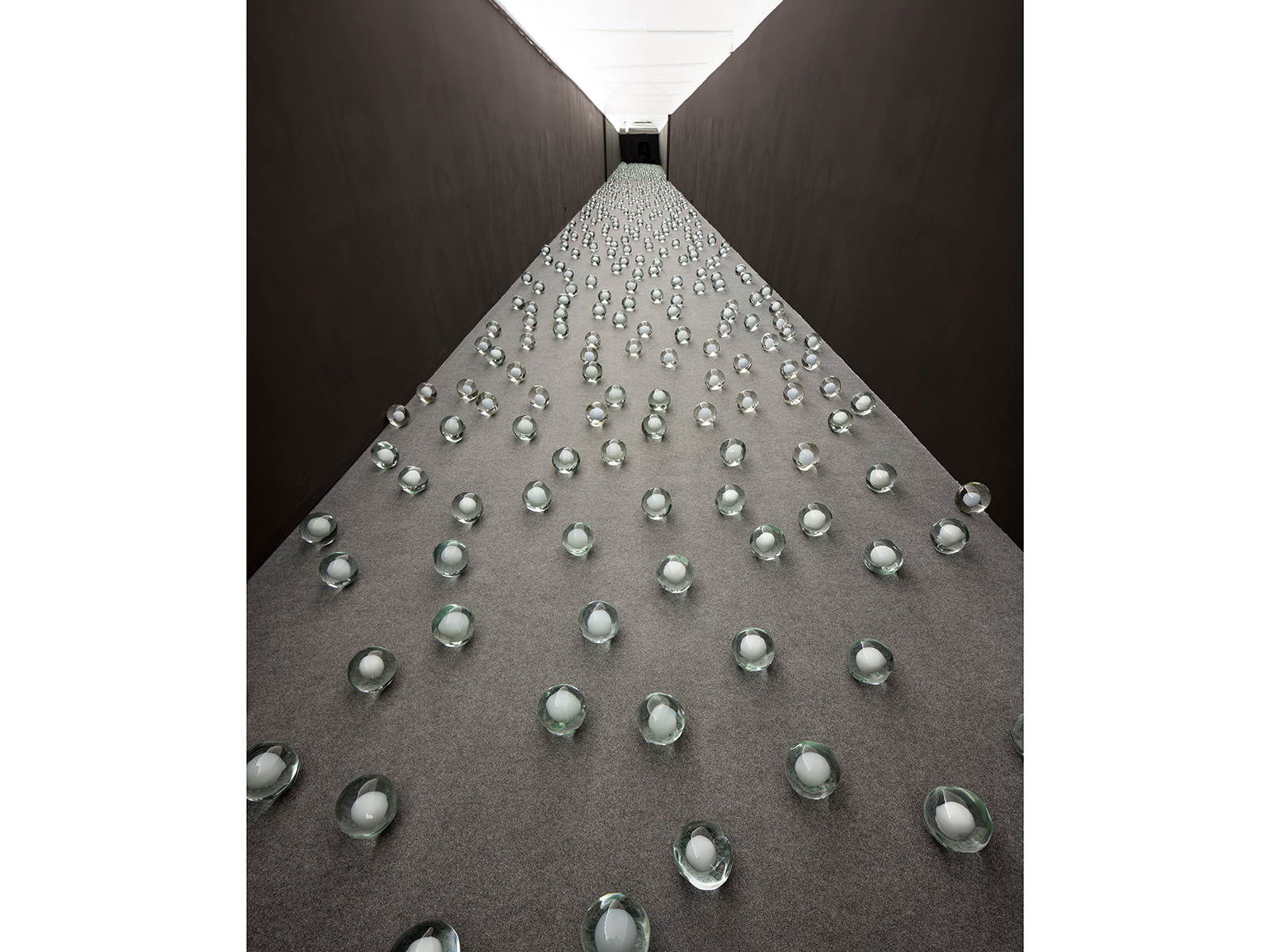 700 Snowballs (2001) is an installation consisting of 700 individually blown glass balls that bear a striking resemblance to snowballs suspended in air. The snowballs rest directly on the floor, evenly and randomly spread. As each snowball is hand-blown, no two are identical – just as natural elements are never exactly repeated.

The installation creates a place of meditation, evoking the metamorphic, transformative and cyclical processes of nature. The luminous and reflective qualities of glass simultaneously reflect both the dense and yet ephemeral nature of snow. This mirrors the tension between the organic form and the inorganic material, between the durability of the artwork and the fragility of the elements it evokes. 700 Snowballs becomes an environment, a tranquil place of awe and contemplation.

Inspired throughout his career by the Engadin, Vital has explored the conditions of the harsh climate and vast landscapes that he knows so intimately. Indeed, the iconography of snow and its context has recurred throughout Vital's oeuvre. In 700 Snowballs, Vital succinctly and poetically presents the duality of water’s form when it freezes. It also makes us think of water’s importance in Venice: both in its attractive picturesque quality, which has long been symbolic of the city’s opulent history, and its more recent role as a serious threat to the city.

700 Snowballs explores the ever-rich potential of Venice glass-blowing tradition, despite our being in an era of industrial mass-production and cultural globalization. The installation is an unprecedented technical feat, and a fine example of the fruits that can be borne of an intimate and intellectually stimulating collaboration between a highly established artist, and the most skilled of Murano craftsmen.