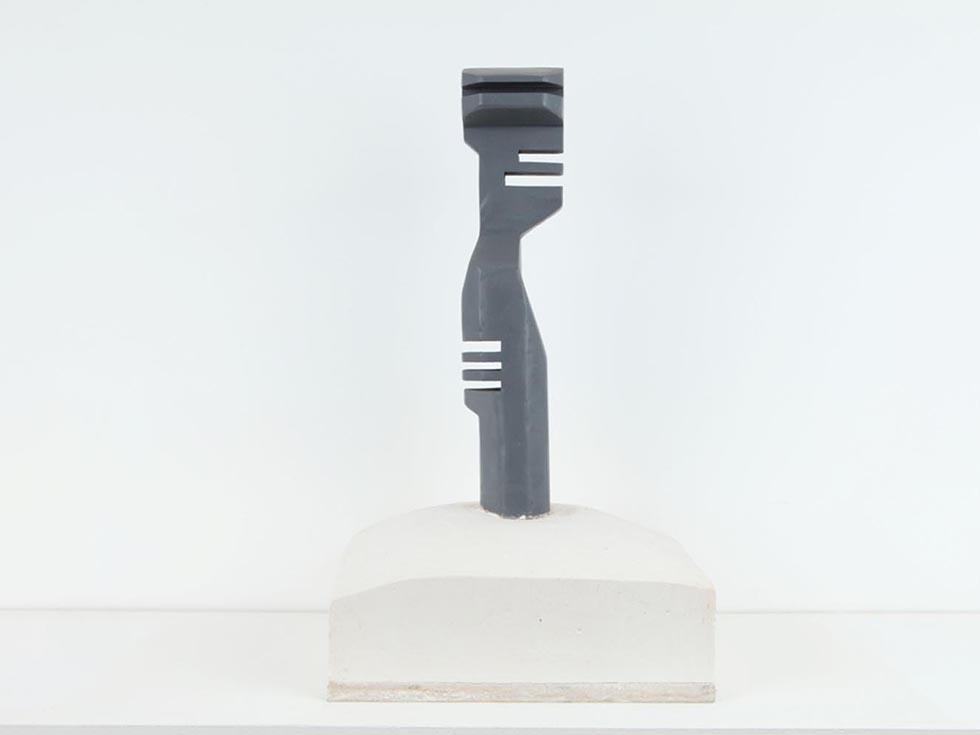 Tim Sheward Projects and Alma Zevi are pleased to announce the first solo exhibition of Steve Hurtado (b. 1979), a British artist with Bolivian parents. Hurtado makes sculptures that are related to monolithic buildings and communal spaces, using wood and concrete blocks. Alongside the sculptures, he will be exhibiting beautiful drawings that refer to details of these fantastical spaces, as well as overviews of vast projects. Hurtado’s work over the past three years consists of two series. First came the Bunker series: a number of small sculptures that draw from the architectural tradition of maquettes. They are named after (or for) different countries (such as Syria, China, Great Britain and Russia). These carved wooden 'bunkers' are painted with many layers of car body filler and paint to create an ambiguous surface that resembles matt plastic or powder-­â€coated metal. The wooden structures sit on plaster 'hills', which rest on an unpainted wooden base. Hurtado’s interest in bunkers is rooted in a deep fascination, and concern, regarding the political state of the world, and the secrecy surrounding military operations and surveillance -­â€ even in the broader, everyday sense of the latter.

Following the Bunker series, Hurtado began exploring the idea of stadiums when 'Olympic fever' swept through London, on the street as well as in the national press, about the designs and chosen architects. The Olympics penetrated, and therefore democratized, an arena of discussion usually reserved for a small, academic elite. Hurtado’s Stadium series reveals a pivotal moment in his technique and intellectual relationship with materials, as he shifted from wood to concrete blocks, which are carved and attached to one another with construction rebars. Indeed, the considered use of multiple materials adds depth to the work, without being anything less than essential.

As the title of the show, Together As One, suggests, both bunkers and stadiums are designed to hold large numbers of people (in relation to the building size). However, at first it would appear to be very different entities -­â€ the hidden versus the exposed, war versus entertainment. However, one can note that both contain something quite unquantifiable, and that is a high state of human emotion and anxiety. And thus in observing these works we are reminded of our human condition, and how feeling very alive -­â€ whether through fear, tension, suspense or joy or sadness -­â€ having, as Virginia Woolf wrote in To The Lighthouse, a 'moment of being' -­ surpasses specific emotions. It is no co-­â€incidence that great art, too, should make us feel that way.

Hurtado’s language has great subtlety in terms of what socio-­â€political sentiments might be at the root of his investigation, although the formal style of the work is far from unassuming. It is informed to some degree by the Brutalist tradition -­â€ an influence that may have come from an intimate knowledge of London's architectural and cultural landmarks such as the Southbank Centre and the Hayward Gallery. In addition to this, the visual aesthetic of the work is Judd-­â€esque in the uncompromising minimalist forms, and the play of rhythmic empty volumes. Furthermore, it seems a strange co-­â€incidence that the West Texas town of Marfa that Judd converted into his sculpture playground after becoming disillusioned with New York was largely made up of an abandoned army base – for example, the series of stark and Spartan hangars which now house site-­â€specific installations by Dan Flavin. It seems that the Minimalist mentality and military architecture have more affinity than at first meets the eye.

Hurtado re-­â€interprets the meaning and appearance of bunkers and stadiums, both individually laden with a canon of accepted and expected architectural form, to create sculptures that transcend the label of mere maquette, in that they are far from serving as solely illustrations of a much larger concept for a building. The works are so because of the fine craftsmanship and exacting proportion, which imbue them with gravitas. The proportional relationships are thought out so as to complement the sculpture at hand, not the building. The concept of the life-­â€size building is in fact merely a means to an end -­â€ that being a challenging (for artist and viewer), yet concisely executed body of work, and the emergence of a new sculptural environment. 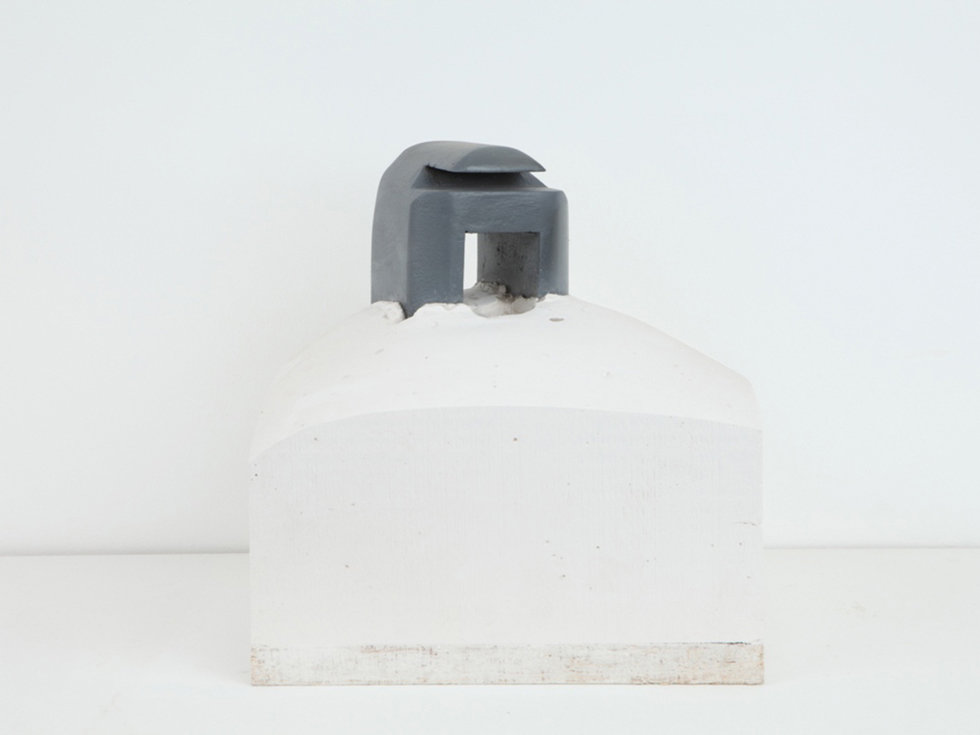 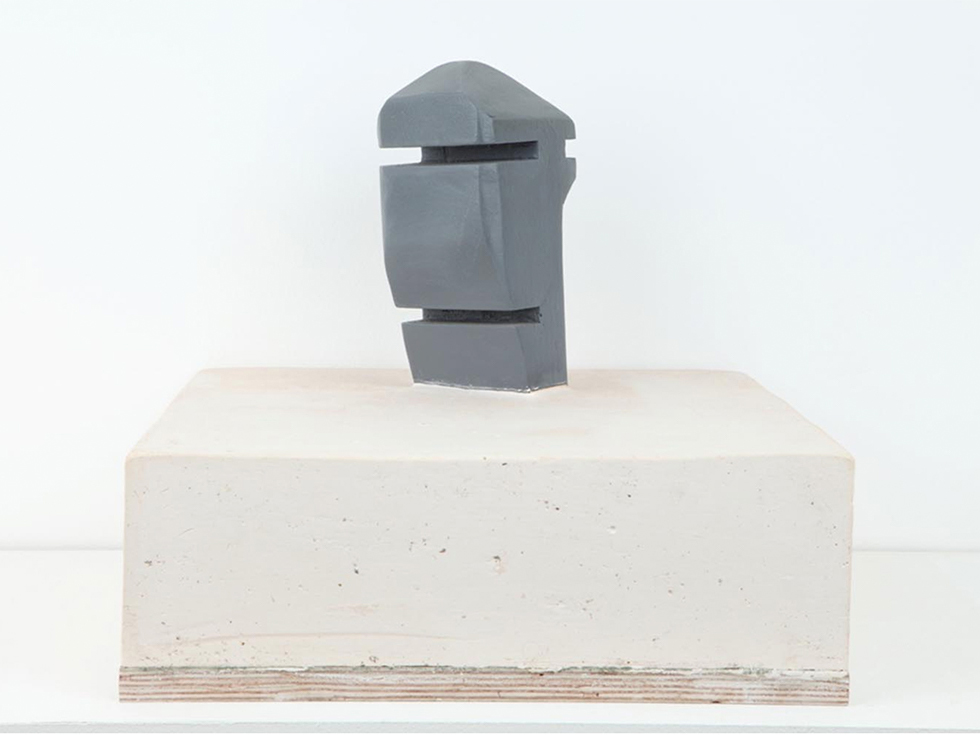 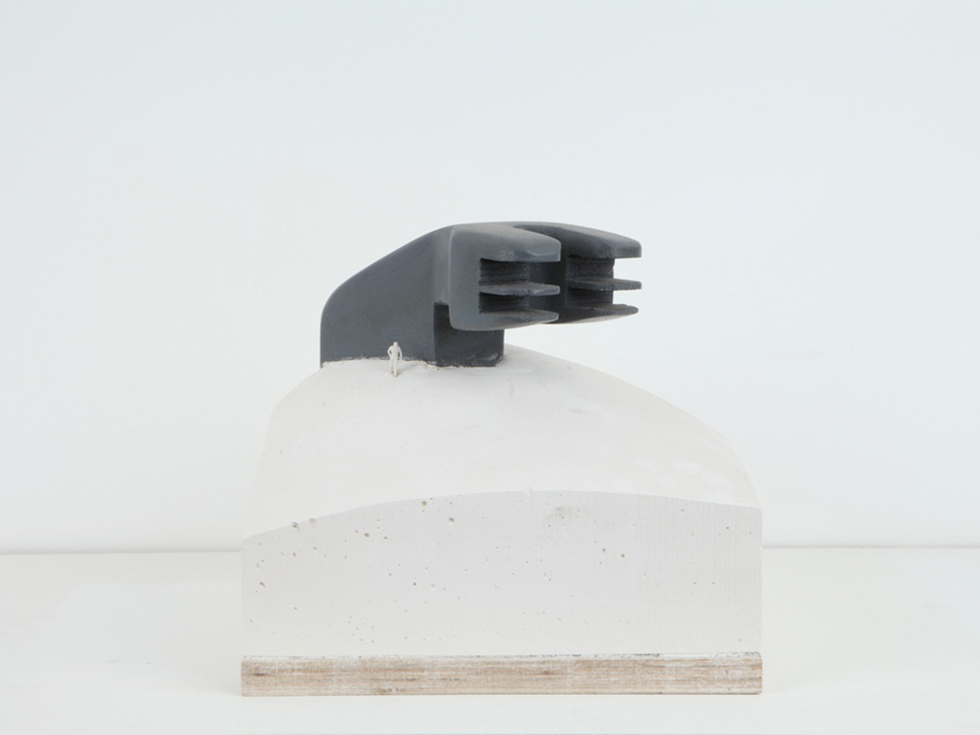 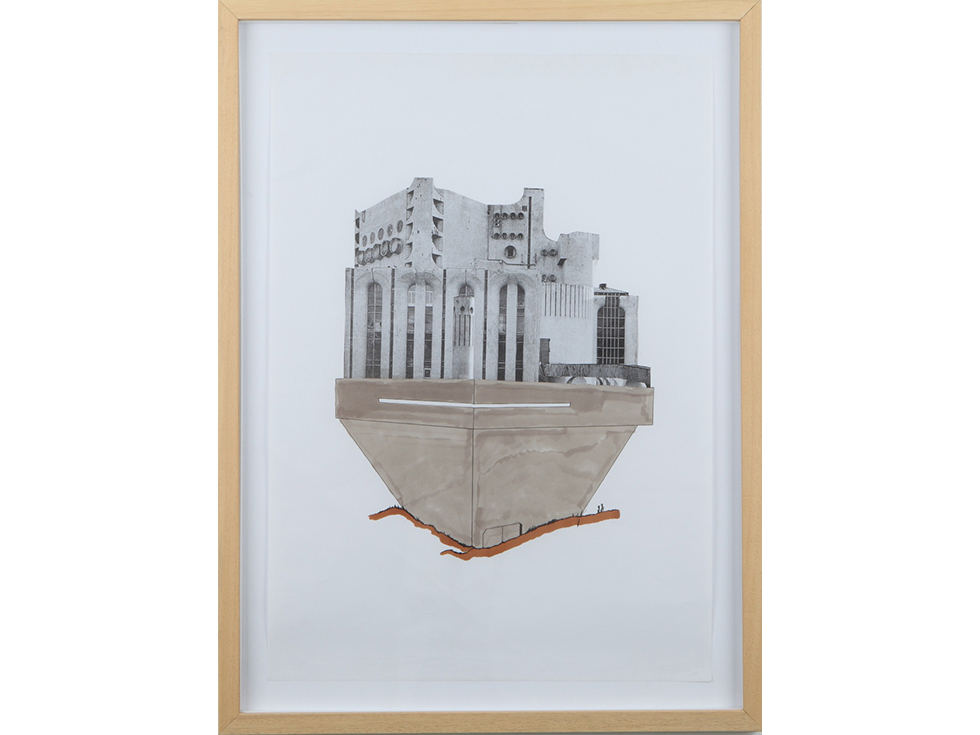 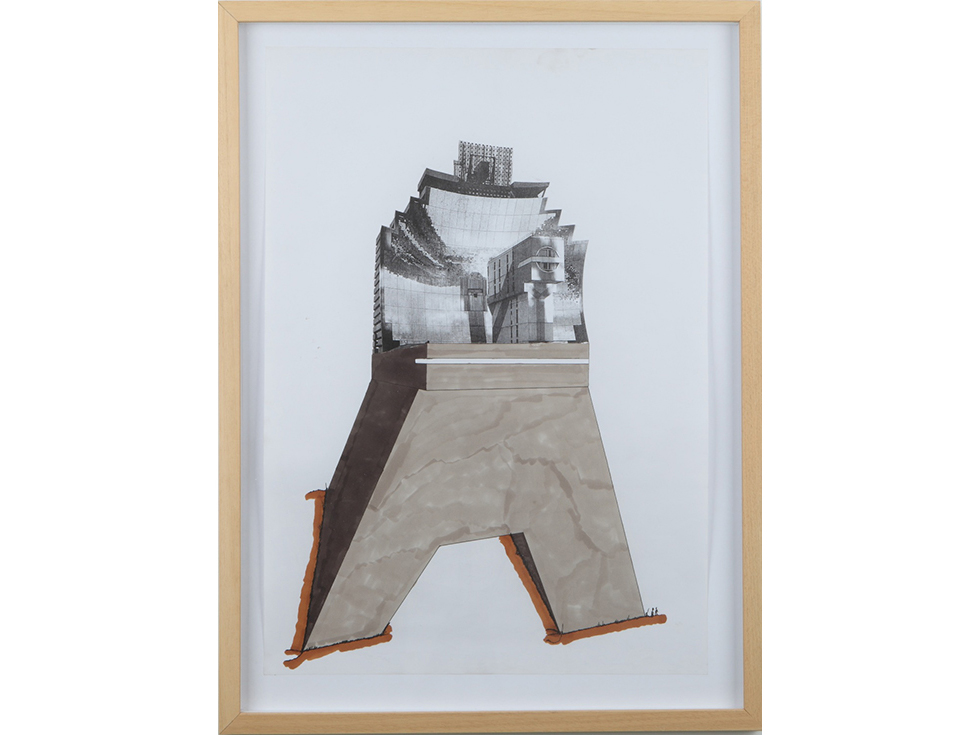 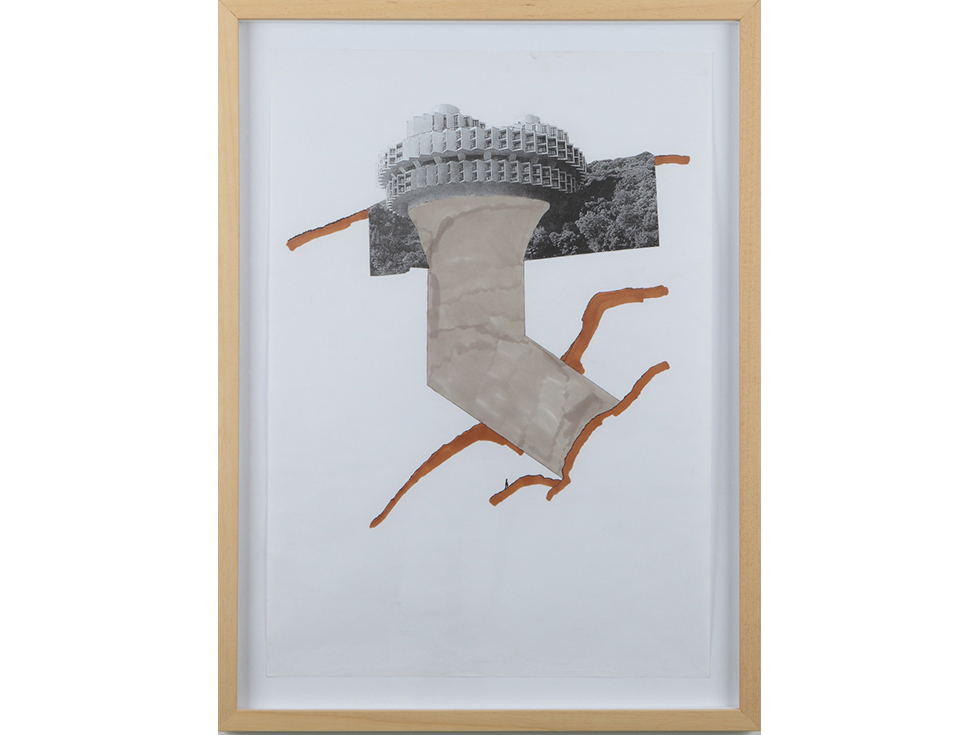 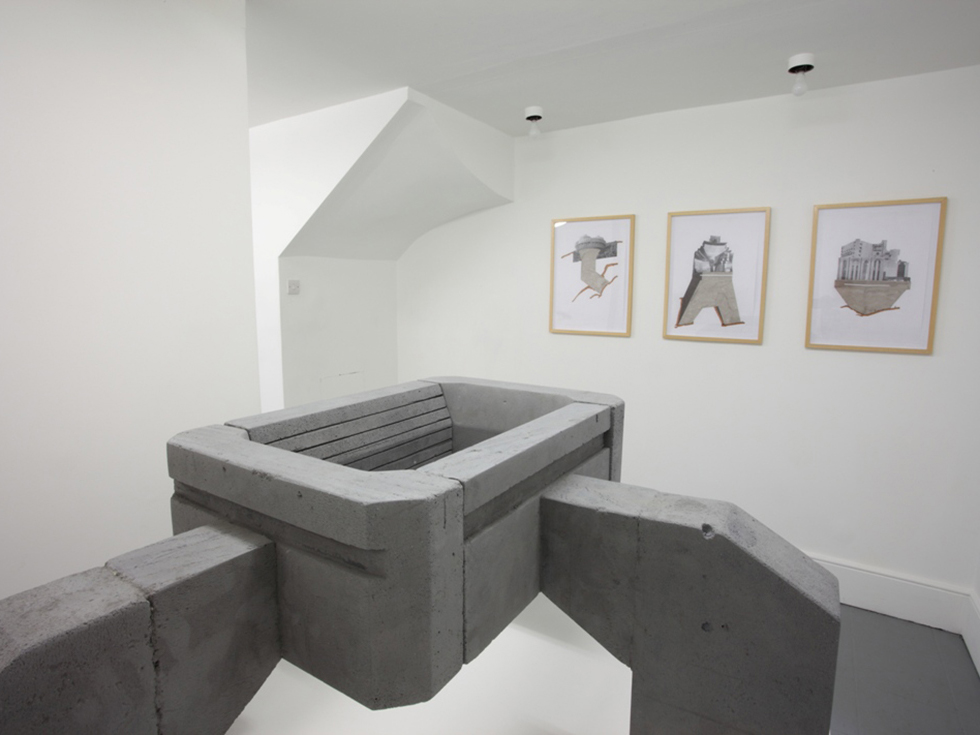 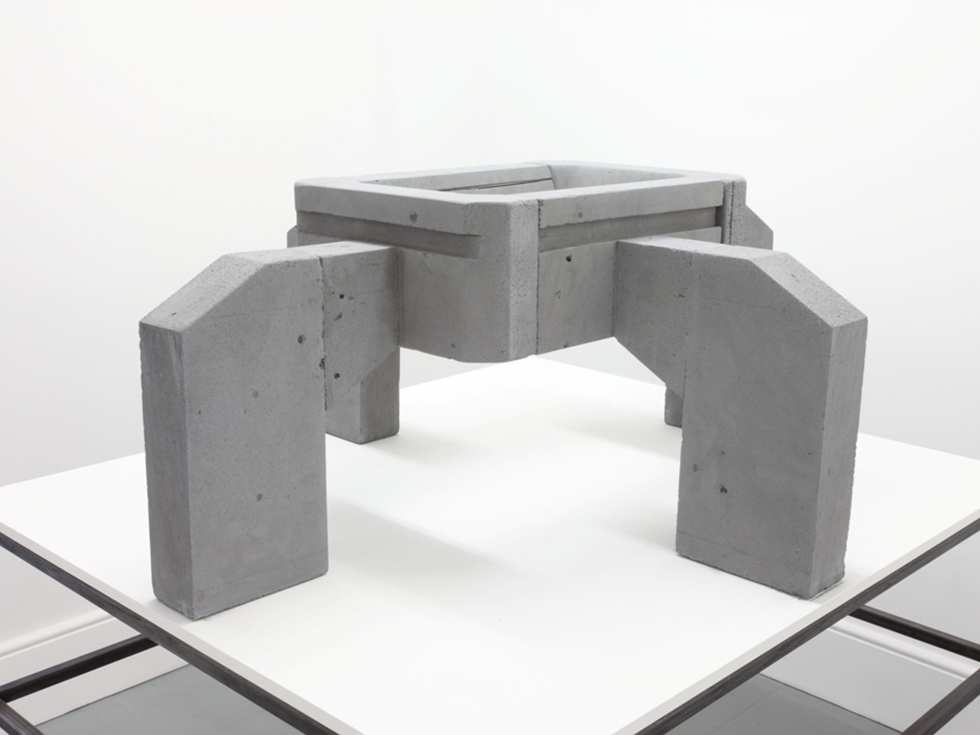 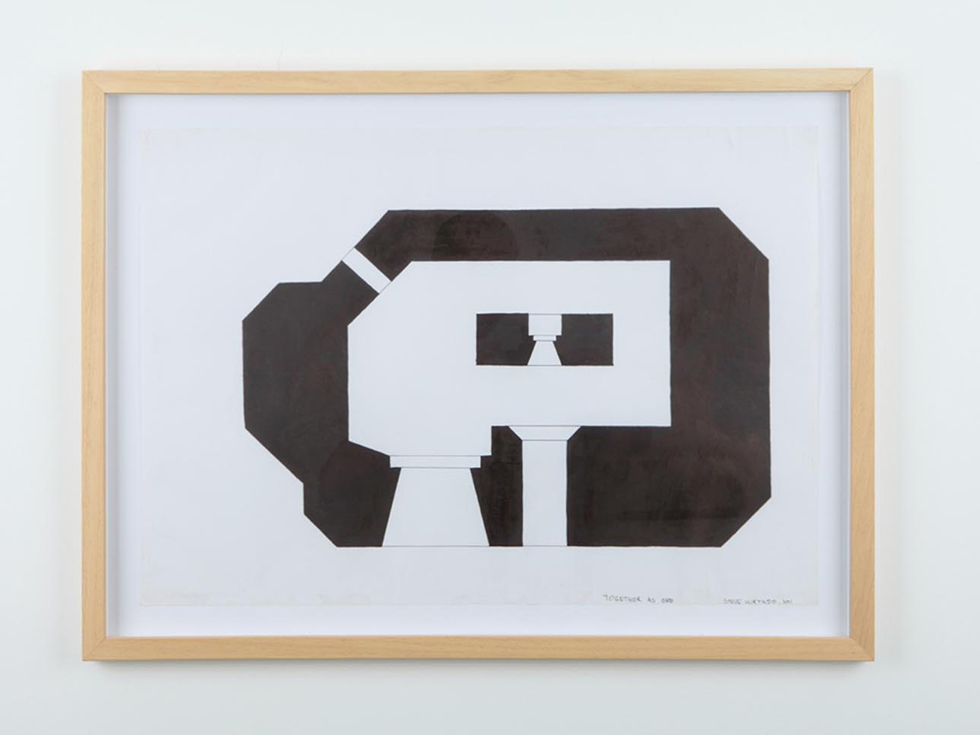 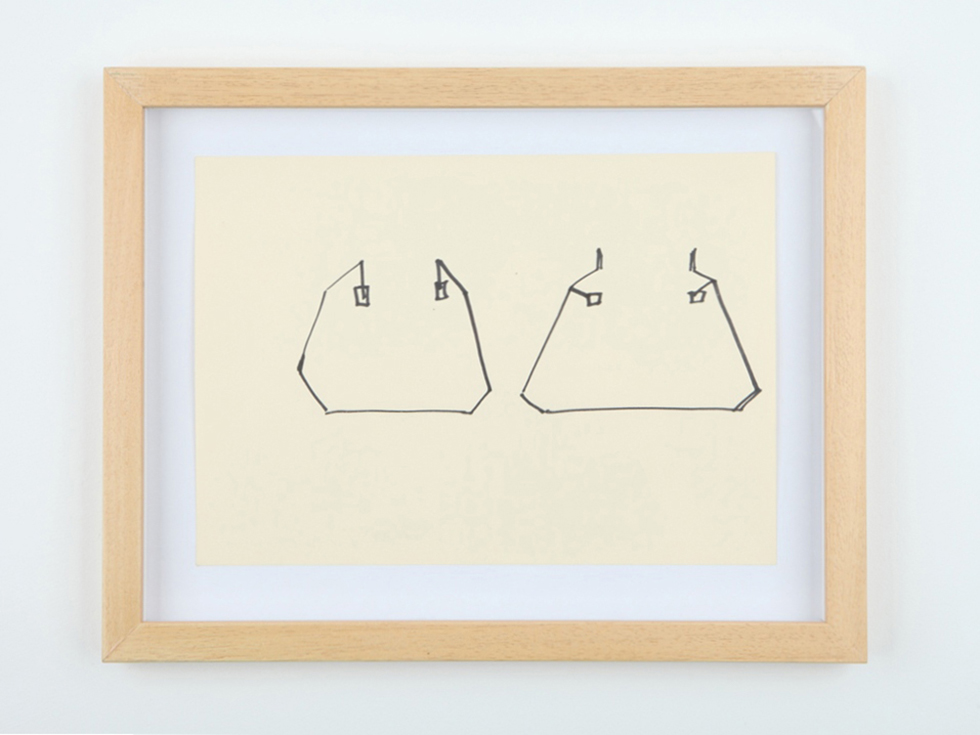 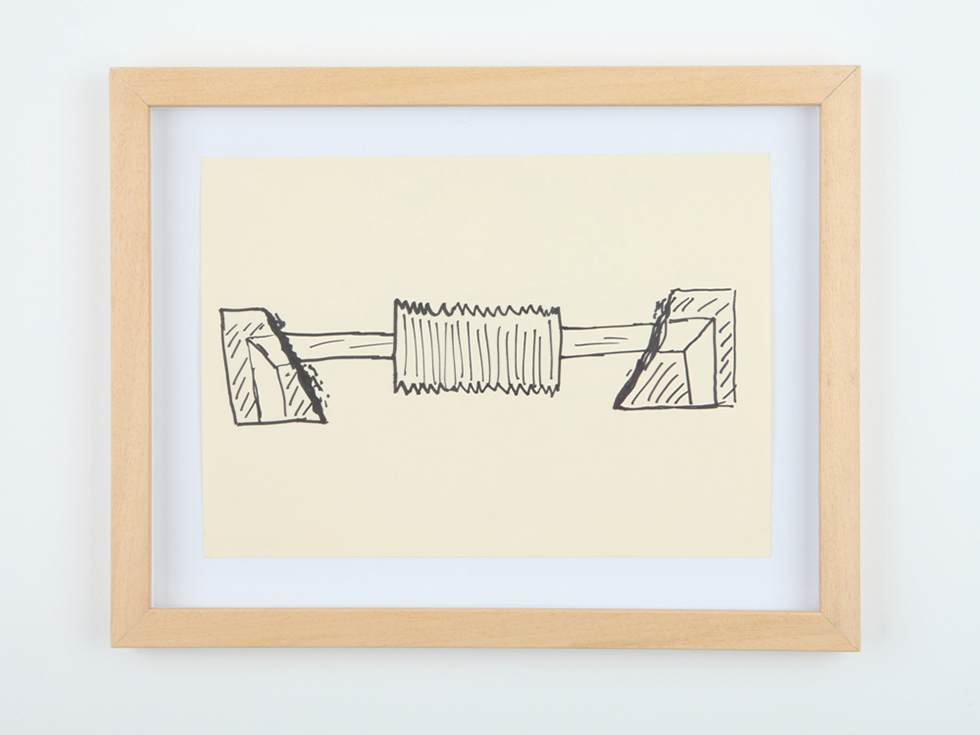 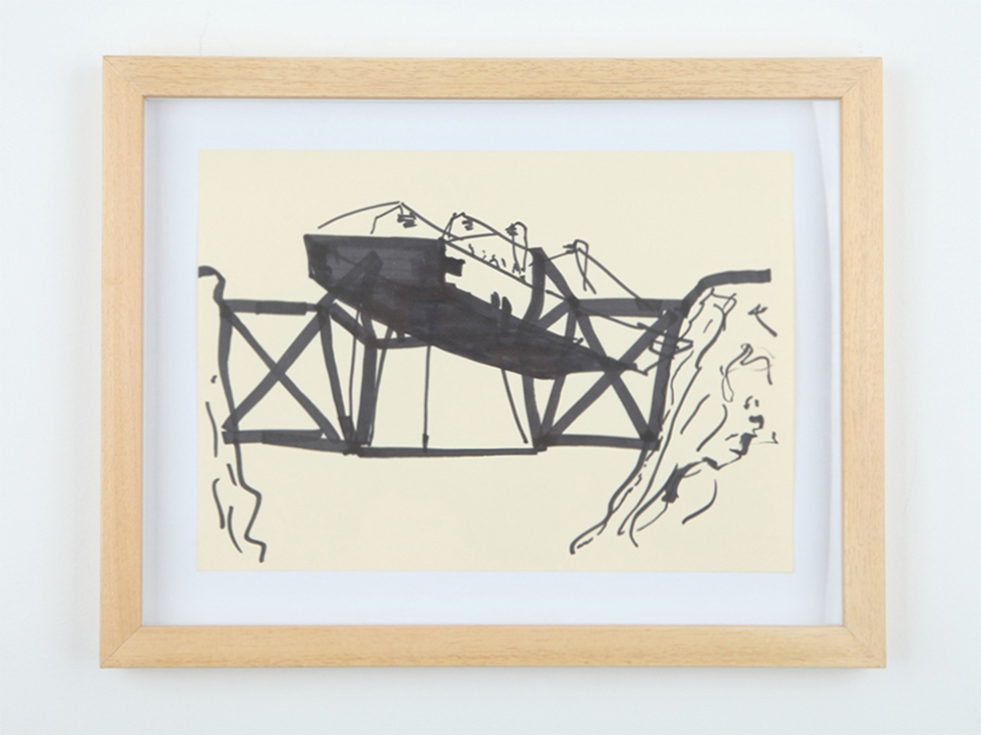 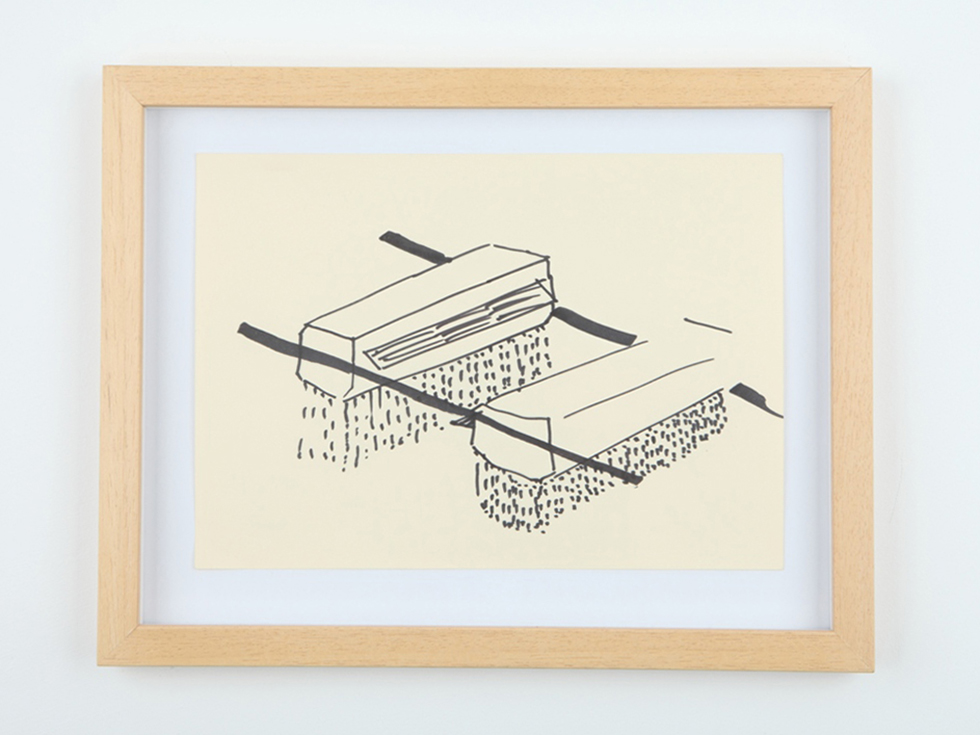 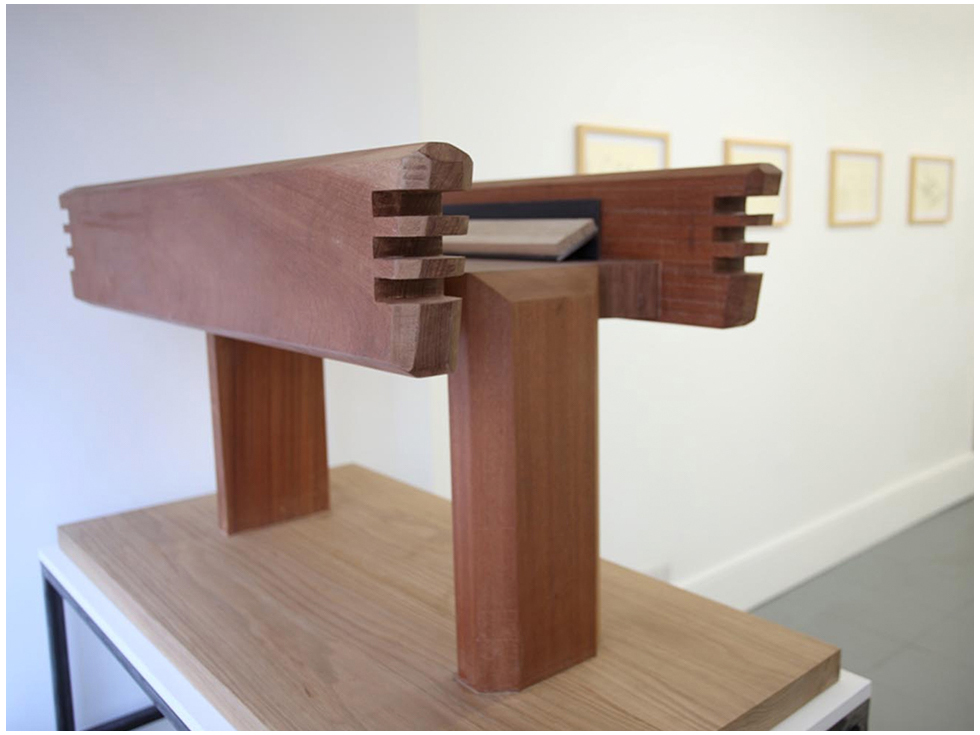 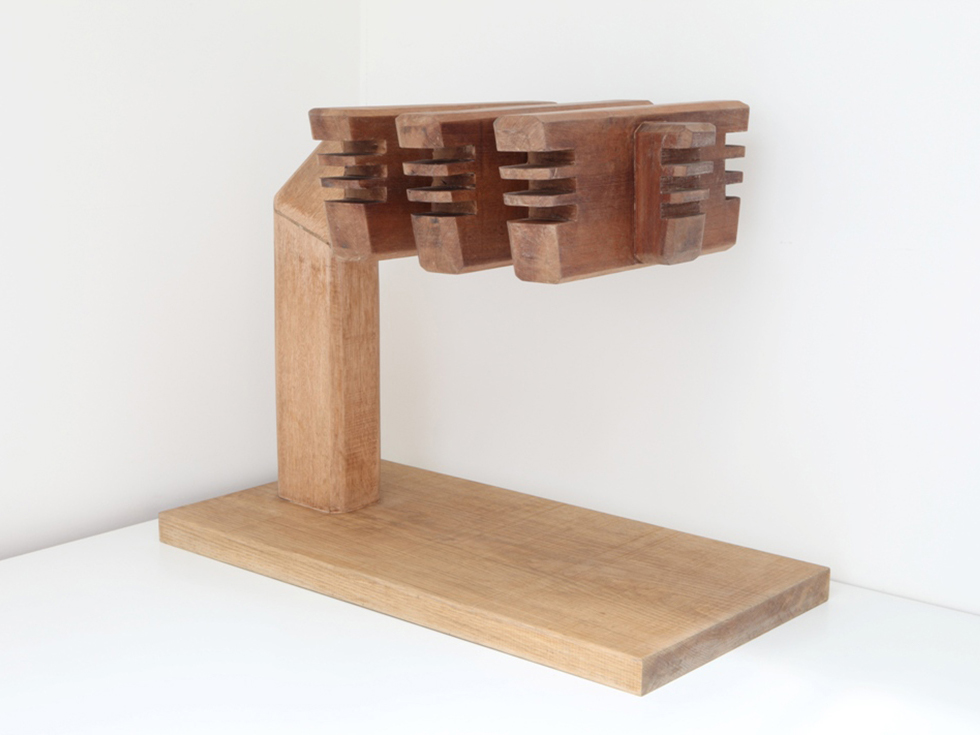 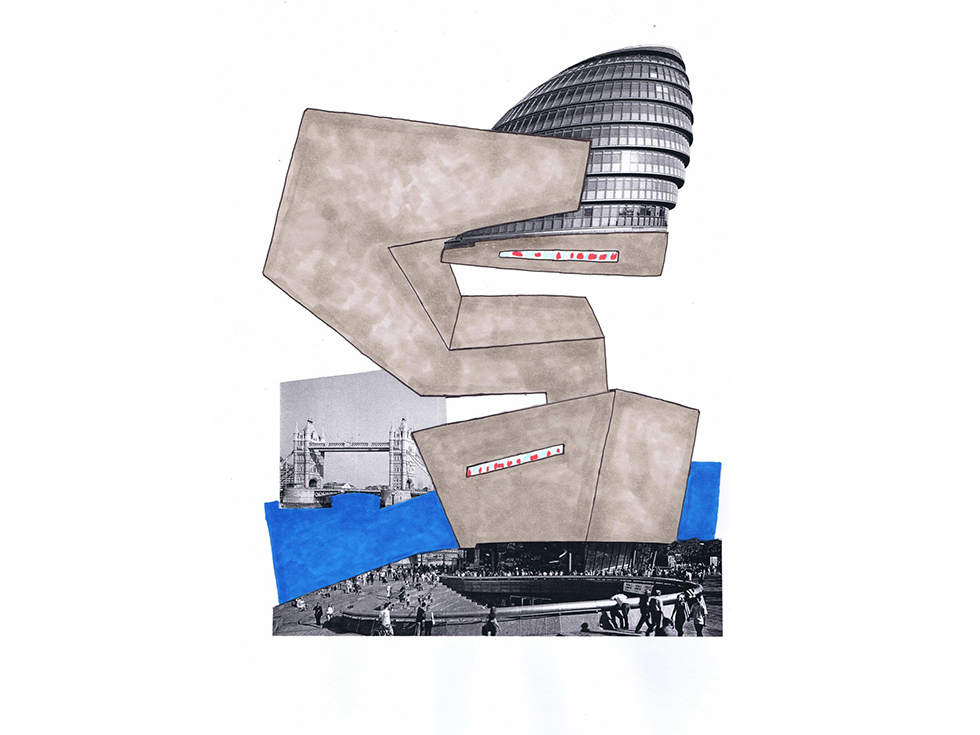 Steve Hurtado: Together as one, London