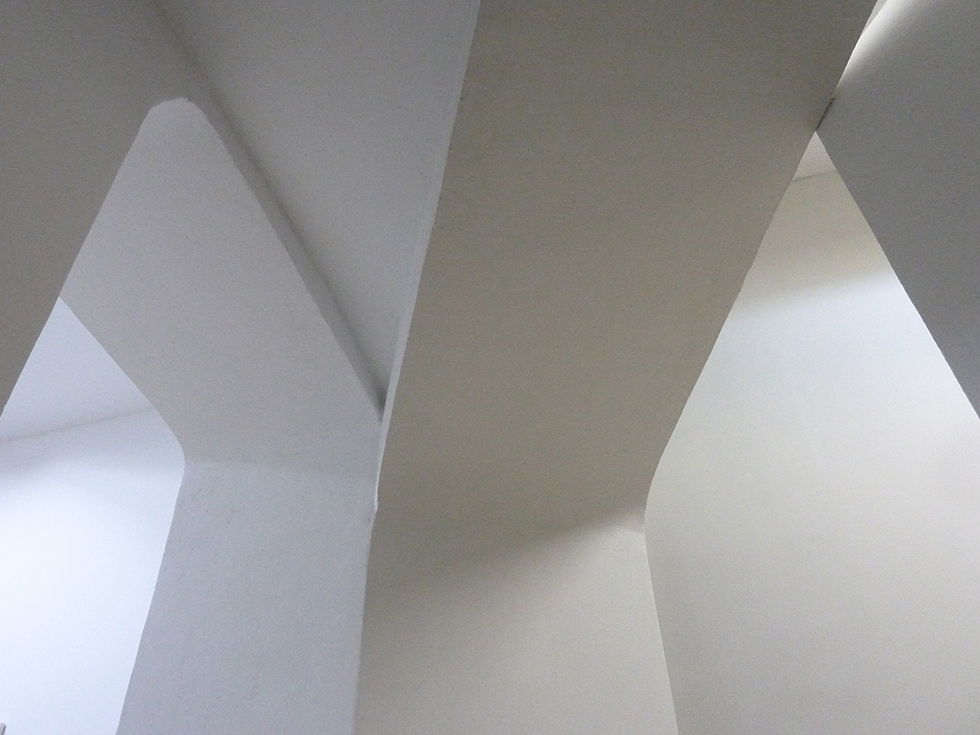 Elisabeth Wieser (b.1986) is a German artist who makes site-specific sculptures, complemented by drawings and collages. Often alluding to claustrophobic shelters or vessels, and using a human scale, the works assimilate fantastical habitats. Wieser’s sculptures are elegant, mysterious and evocative of memory. In all parts of her work she explores dreamlike, and sometimes Brutalist, architecture. Futhermore, she is engaging with the way that humans understand the inter-relations between their body and its surroundings.

The dark theatricality and oblique narrative typical of Wieser’s work is offset by a sensitive use of materials, which are gracefully combined. Wieser uses cheap materials (such as cardboard, paper, styrofoam and plaster) to imitate something more hardwearing. This is born from the tradition of trompe l’oeil and set design, while an appreciation for such materials is clearly influenced by Arte Povera. The shadowy compositions and the consistent lack of a figurative presence in the work result in a ghostly uneasiness. Things are not what they seem: the works are forbidding and their structures do not reveal themselves. In the drawings and collages, one cannot, for example, determine whether the walls are mirrored or transparent; whether the exposed supports are inside or outside the structure.

In recent months, Wieser has been developing structural concepts that revolve around: tunnels, entrance vs. exit, and moving from one space to another. The words ‘threshold’, and indeed the title of the exhibition – ‘trespass’ - have been key in her research. The notion of travelling from one space to another opens up many interpretations – the transition from being awake to asleep, the real to the imaginary, the present to the future.

Although over the last year Wieser has been making sculptures that became increasingly site-specific, this is the first time that she has made sculpture that is not free-standing, but instead depends (physically and conceptually) on its surroundings. Marking the end of her university career, the work she presents is not only a sculpture, but an architectural intervention, recalling the work of Gordon Matta-Clark. For this sculptural installation, entitled Trespass, Wieser has built something of an architectural folly: a double archway, supported by columns and covered by titled roof. Between the arches a new space manifests itself – a cave-like room. Within this ‘room’, Wieser is integrating artificial, diffused light in her work for the first time. This adds a subtle yet eerie atmosphere, and enhances the sensation of moving from one space to the other. A striking element of the sculpture is the forbidding ‘door’ that leans precariously against the first arch and seems to mimic woodwork patterns. We are thus invited in, and the space becomes a shelter. However, we are also aware that the door could be closed and trap the viewer.

This sculpture refers directly to certain architectural details and dimensions pertaining to the layout of the exhibition space. This creates a rhythm that is harmonious with the space, for example, an additional sculptural column offers newfound symmetry to the room. On the other hand, Wieser’s intervention is disorientating, due to the manipulation of positive and negative space, and the angled walls and roof. The installation creates three separate spaces: before entering, under the construction, and after entering. This echoes that fact that the gallery space itself is divided into three parts, by two columns. These columns ‘disappear’ at the mercy of the intervention. Thus the gallery seems physically unstable, demonstrating Wieser’s capacity to transform a relatively straightforward space into something complex and multi-layered.

This is Wieser’s first solo exhibition, after taking part in group shows in England, Austria, Switzerland and Germany. 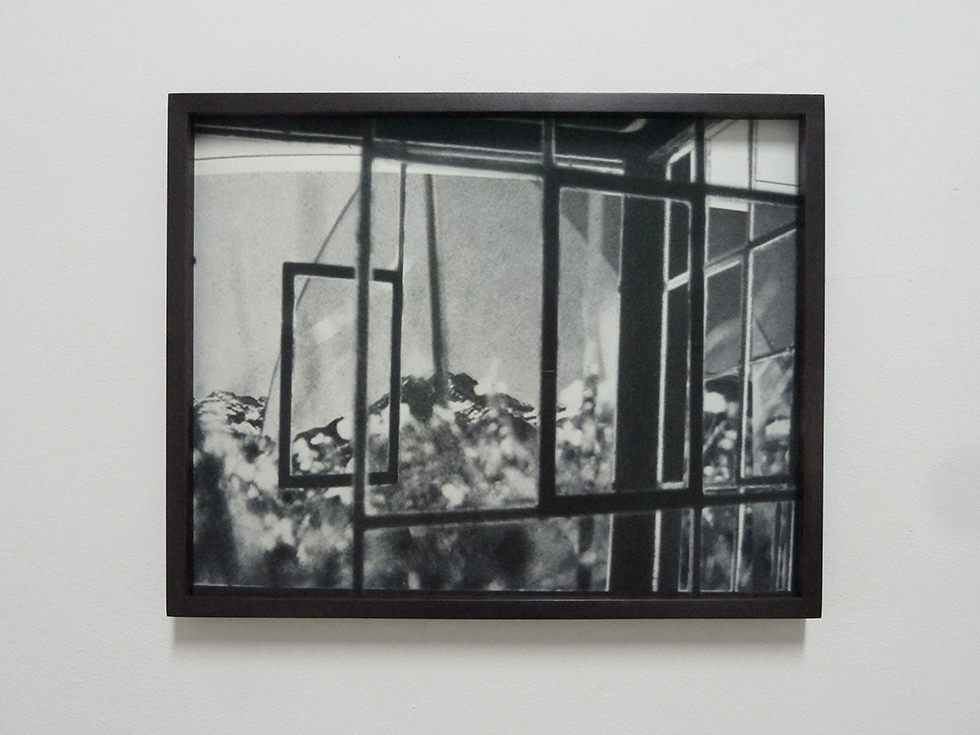 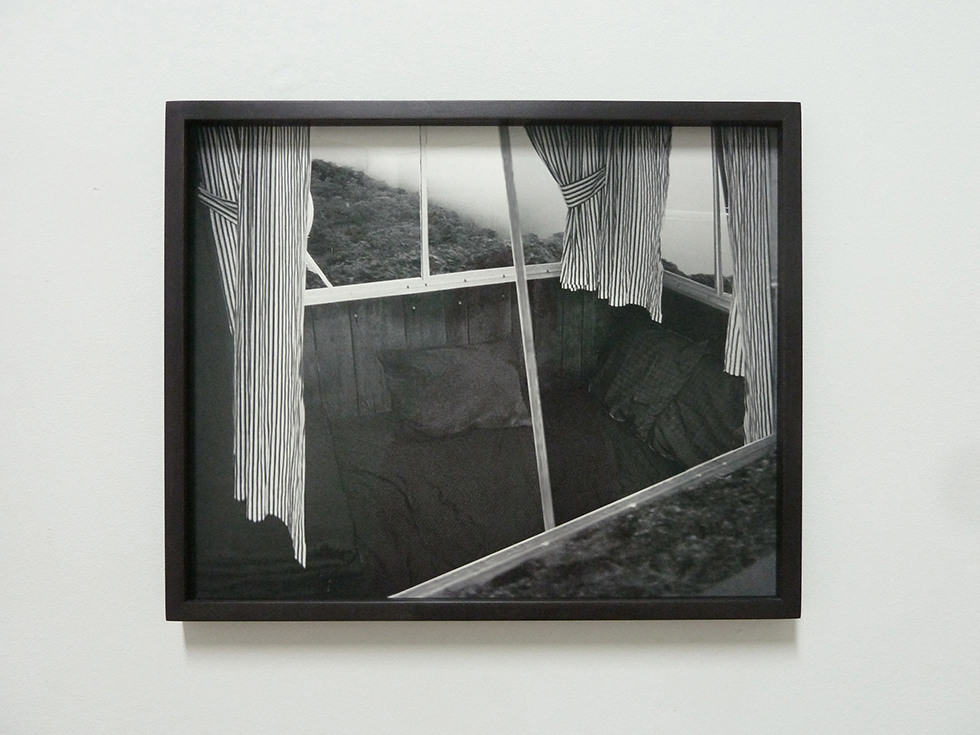 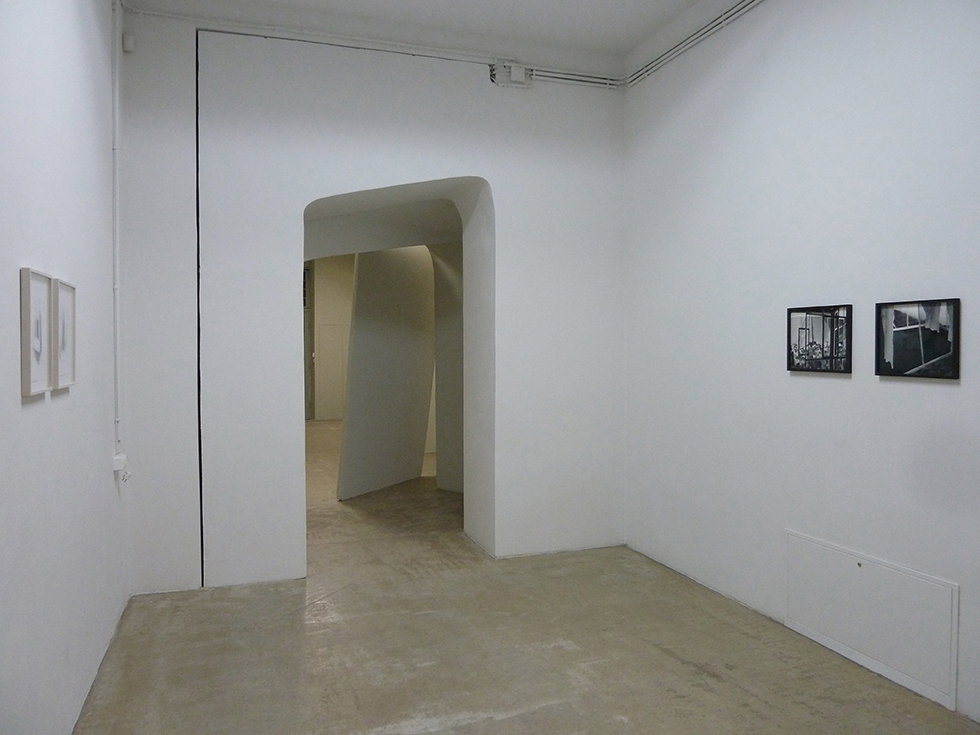 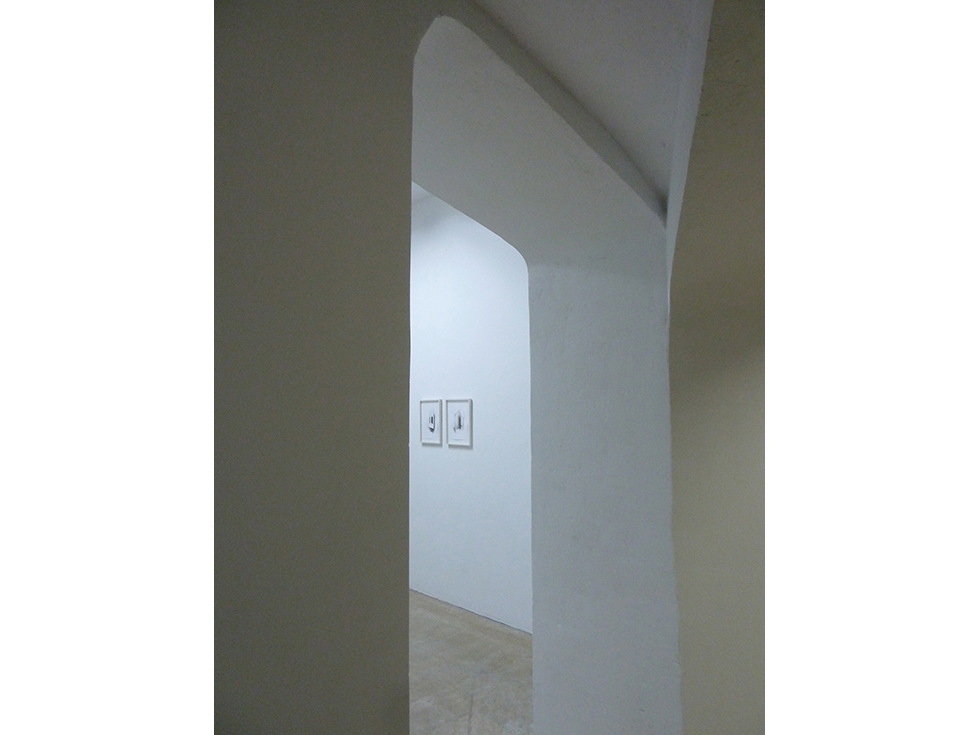 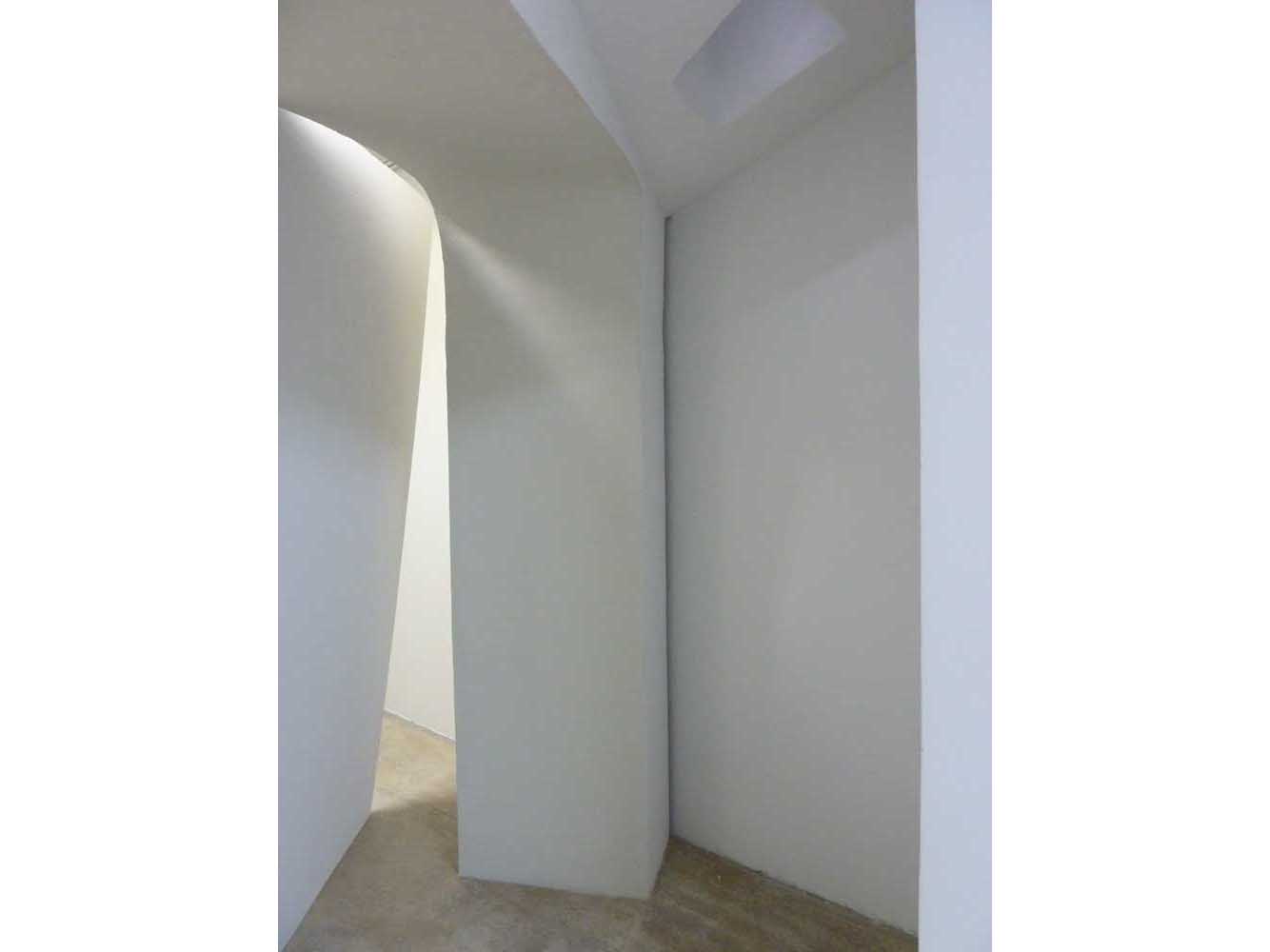 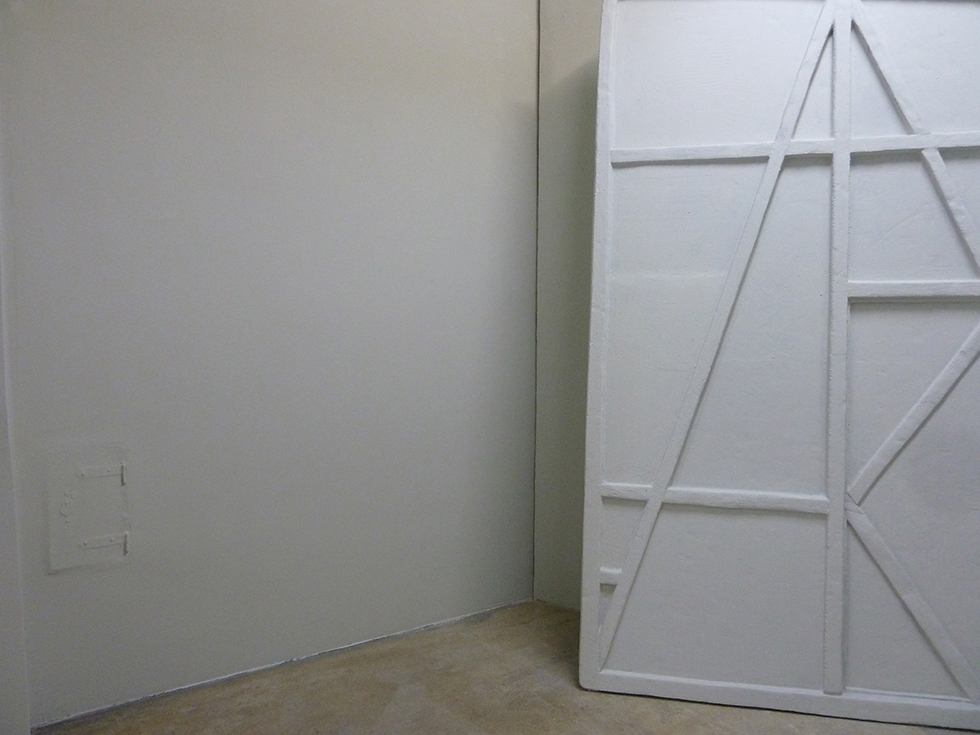 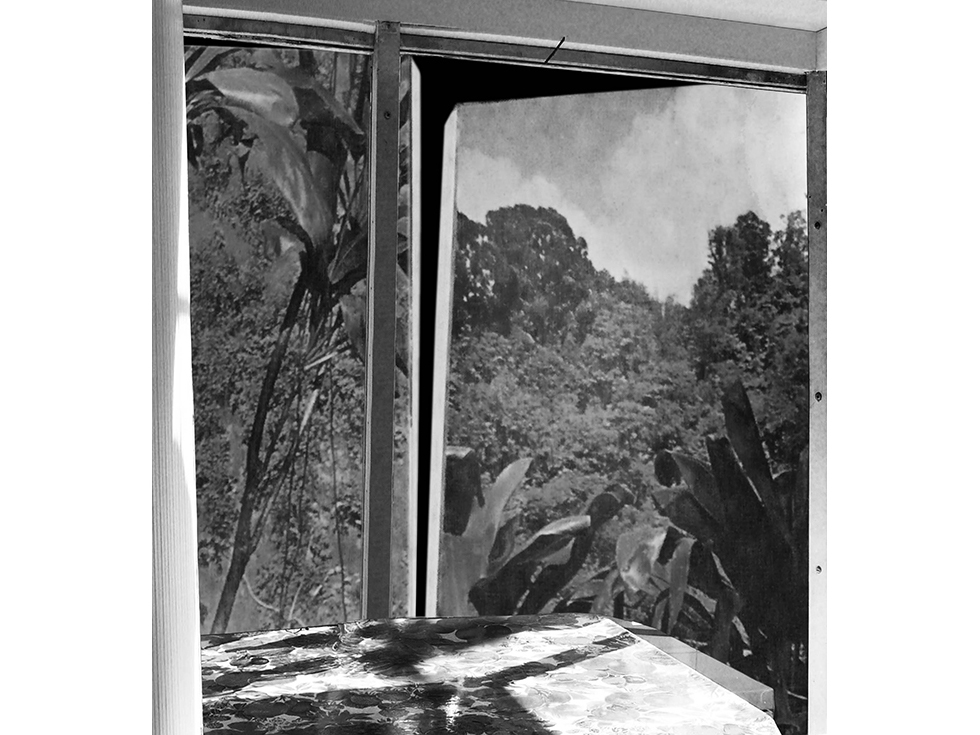 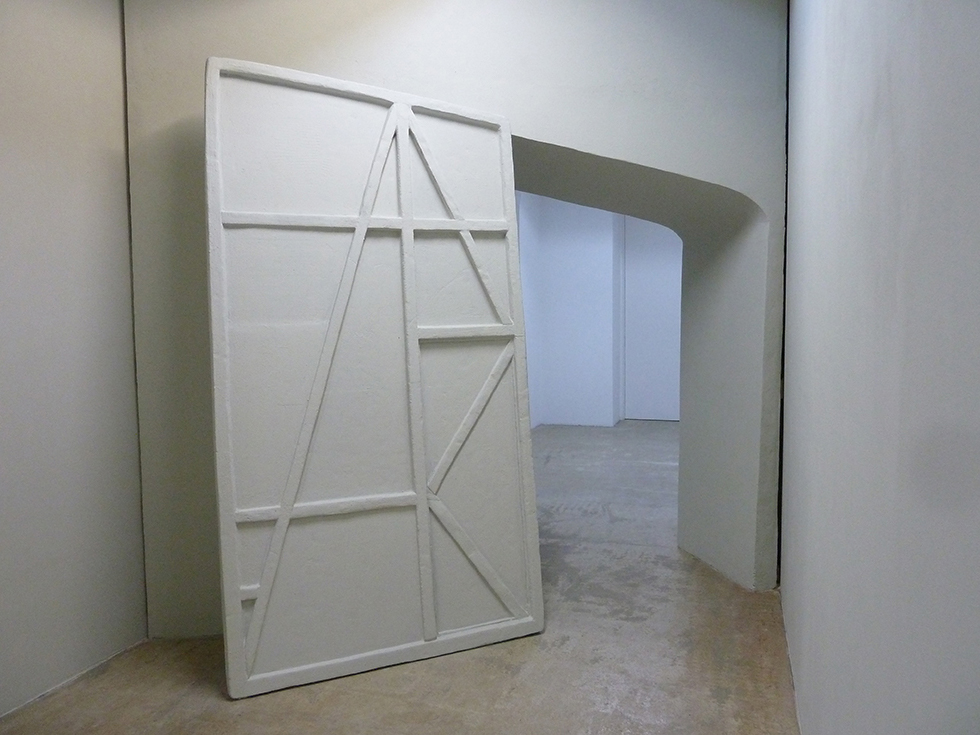 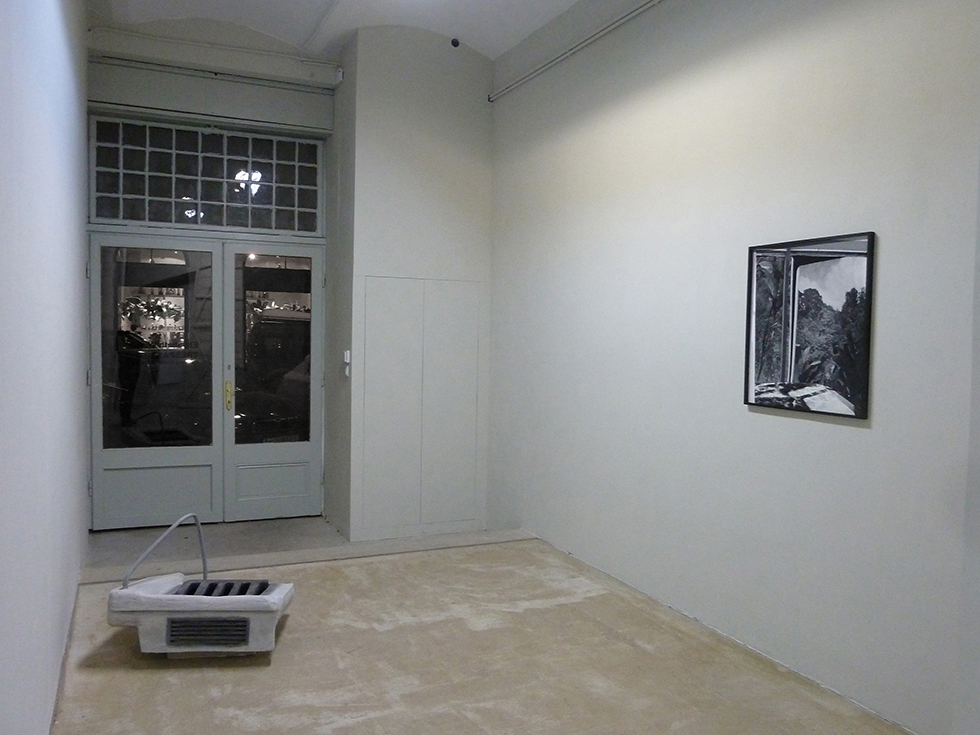 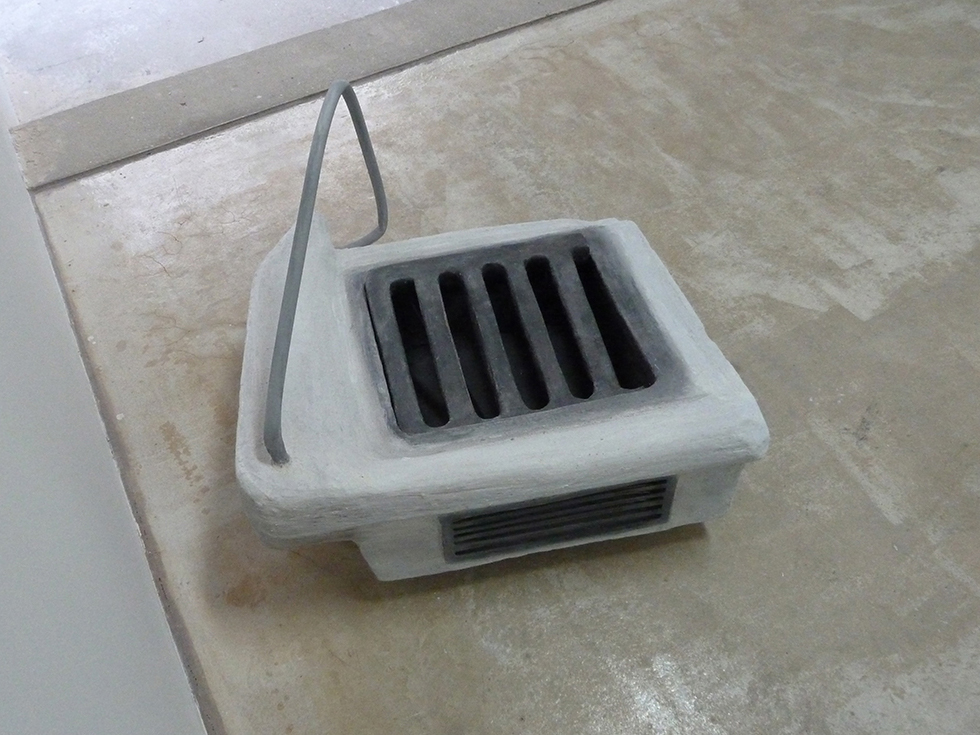 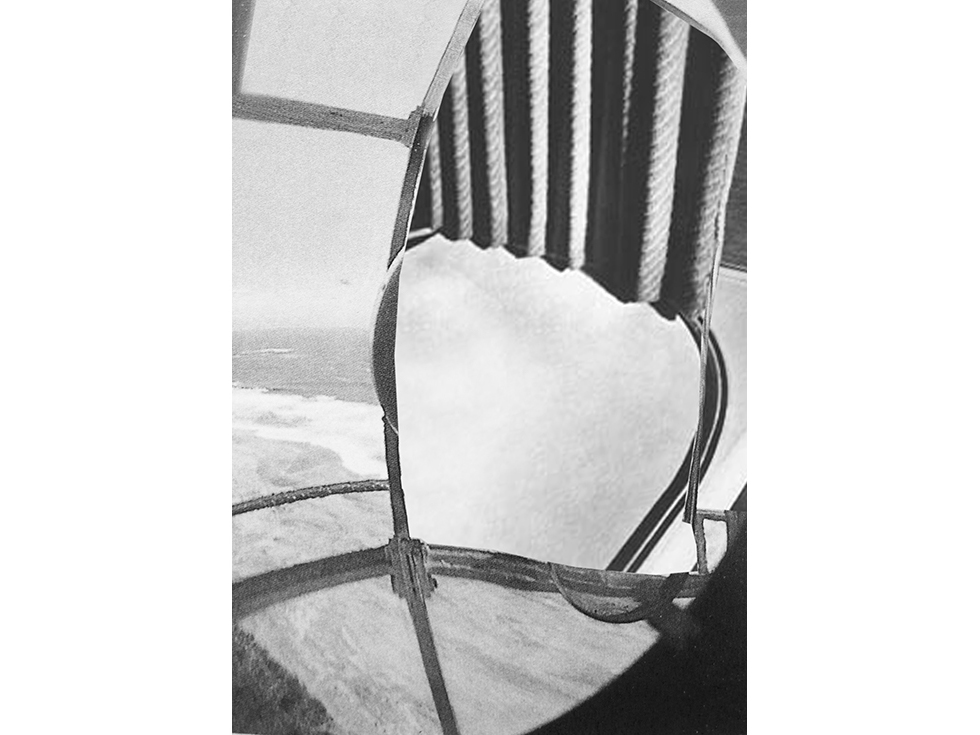 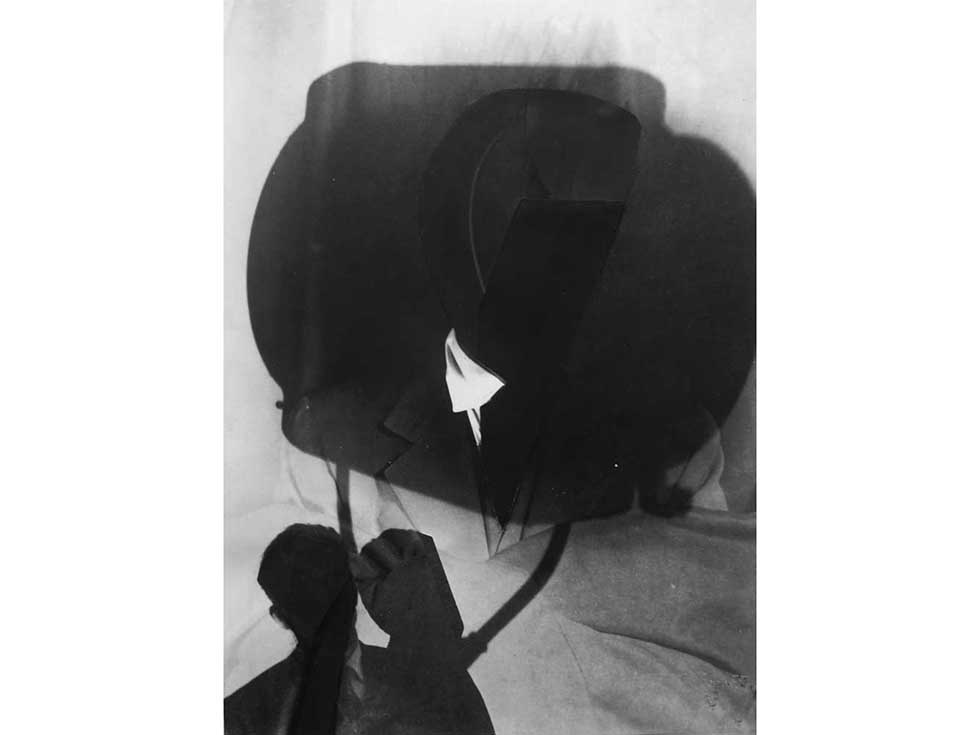 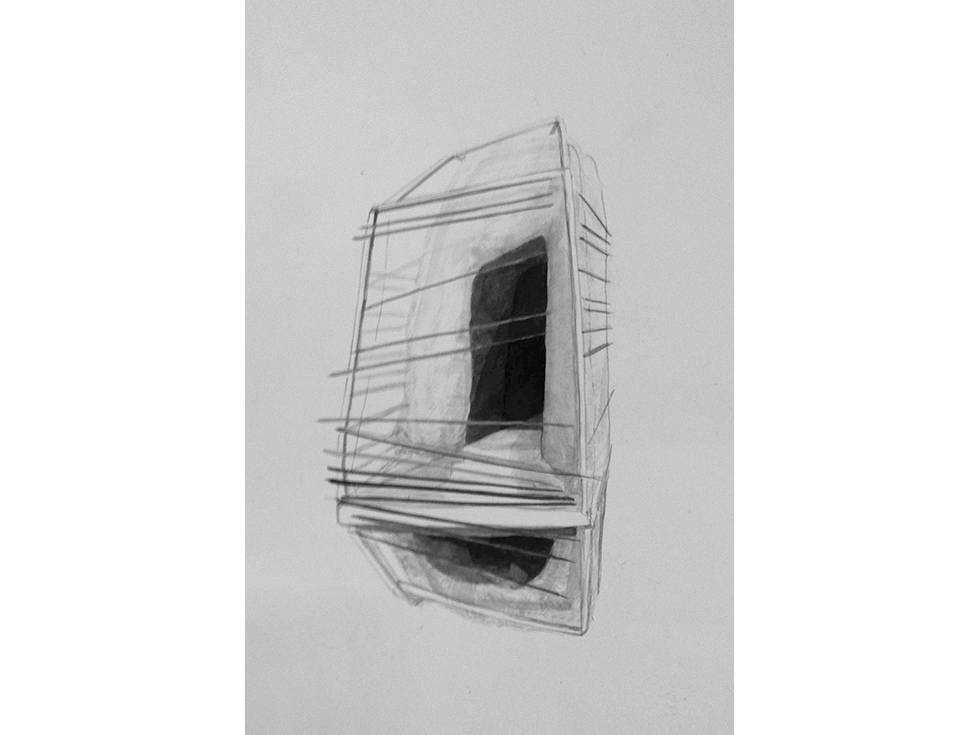 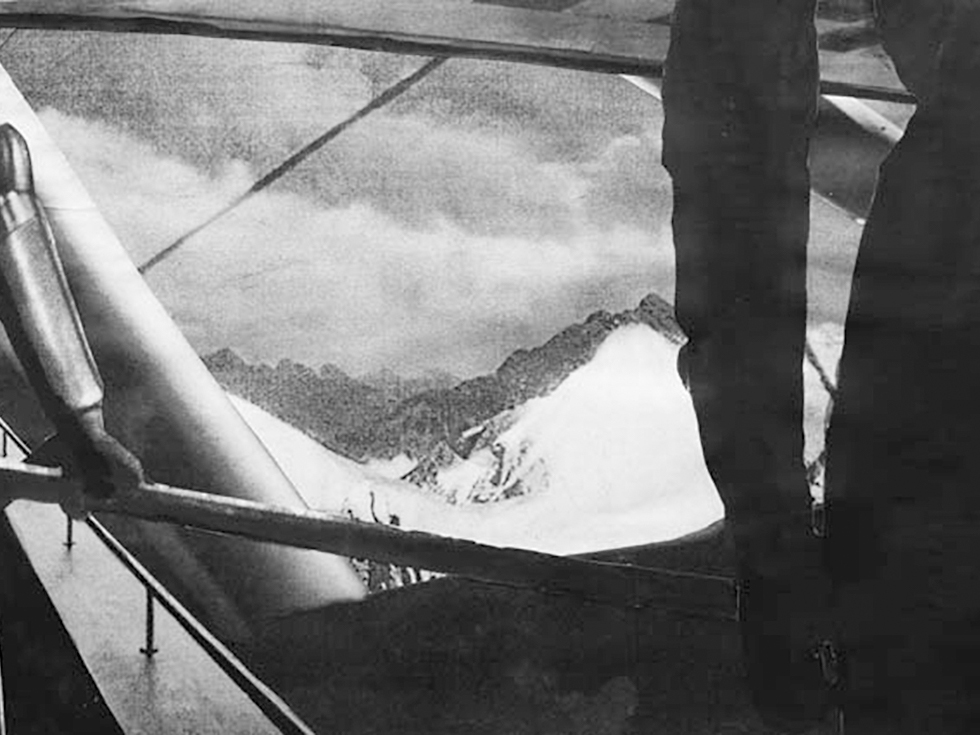 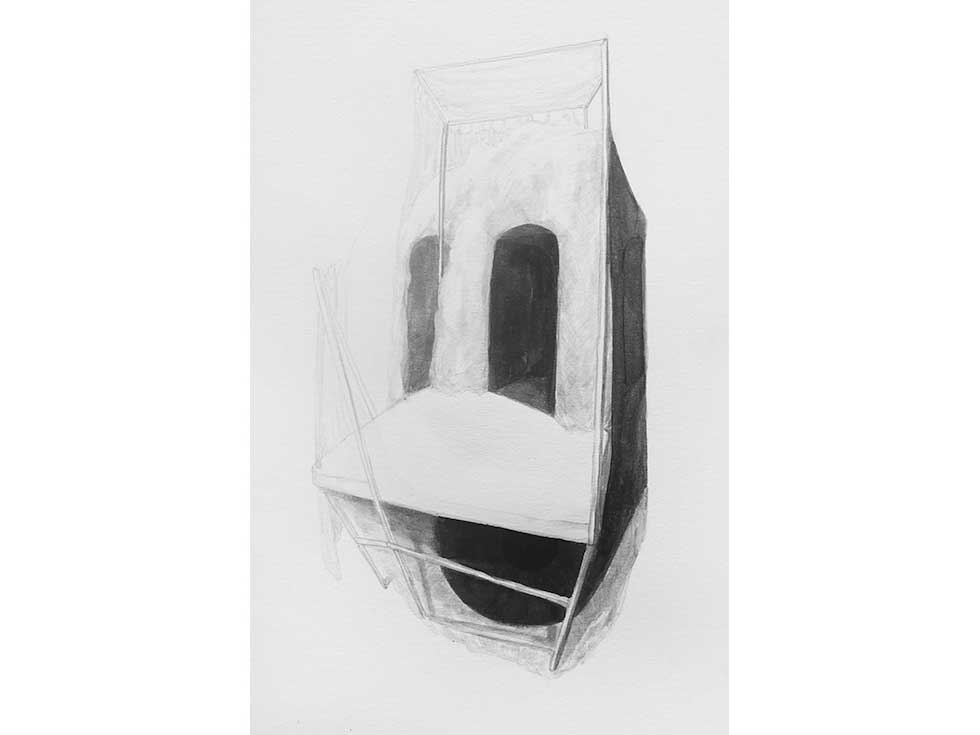 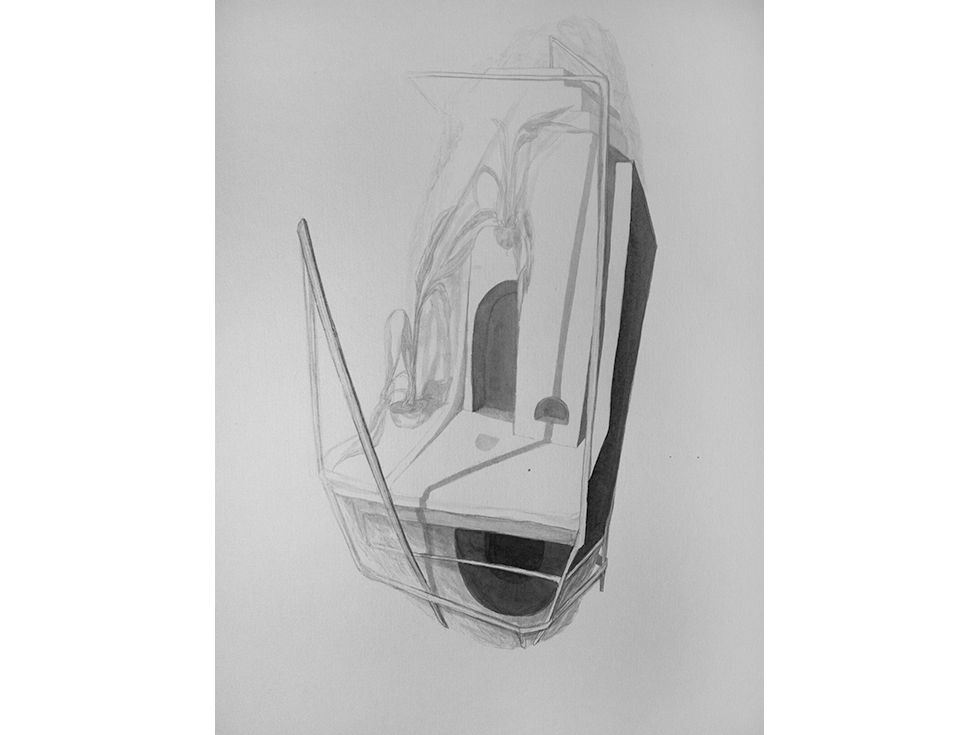 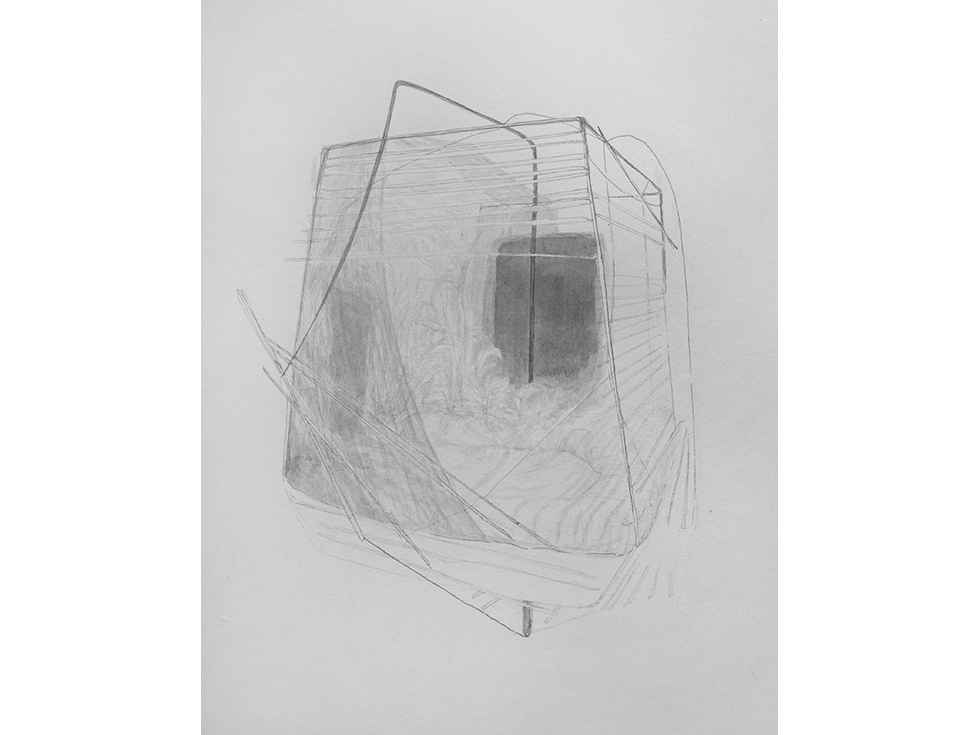 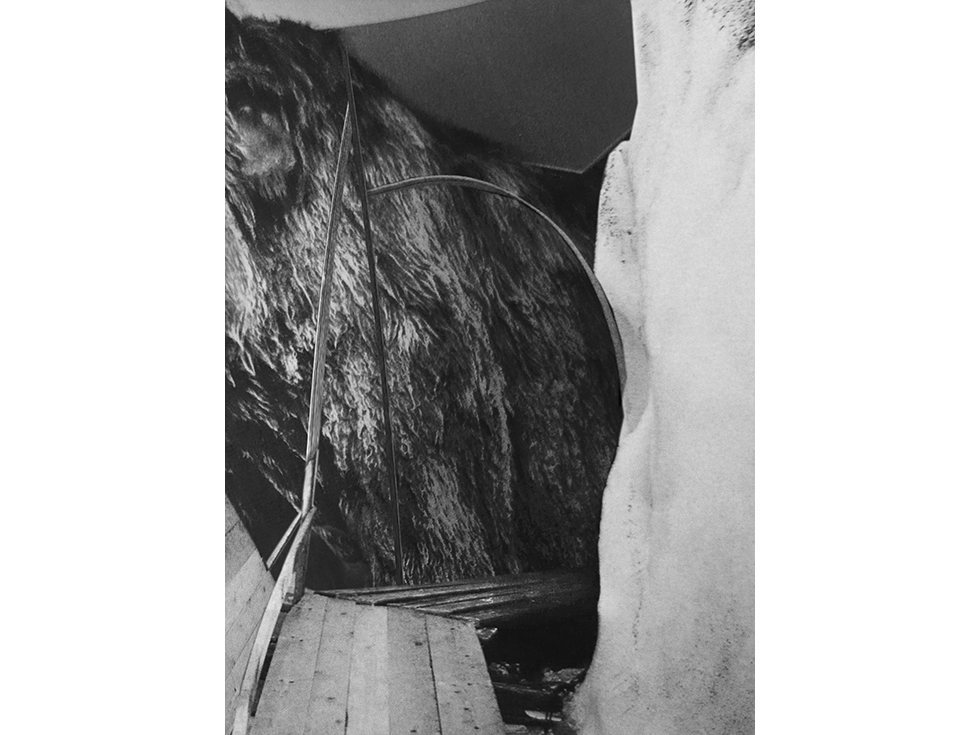 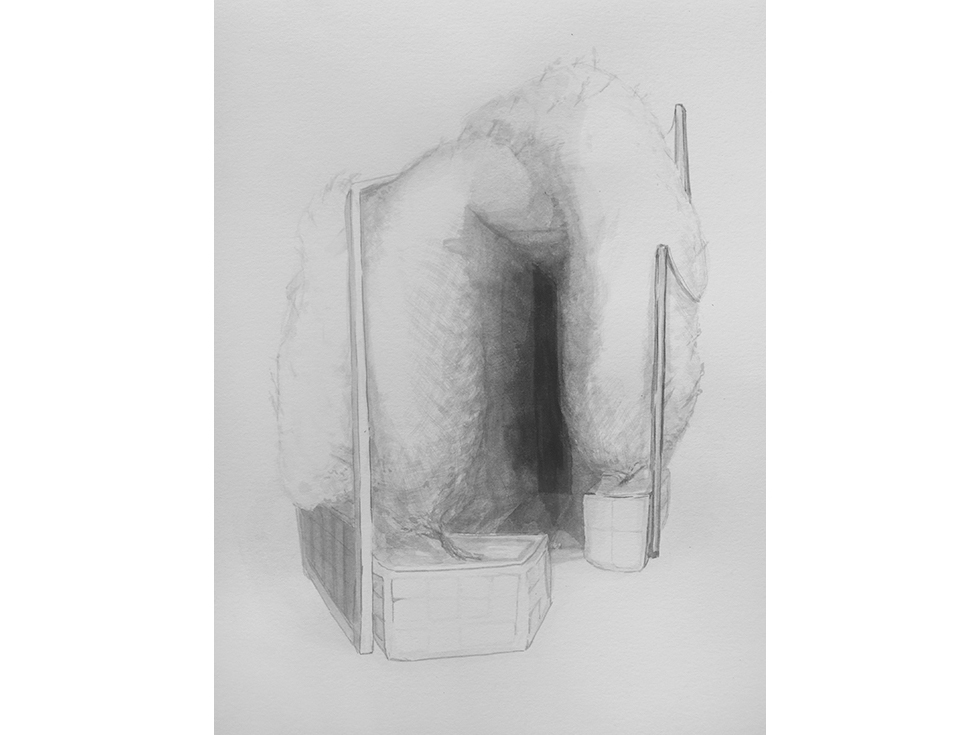 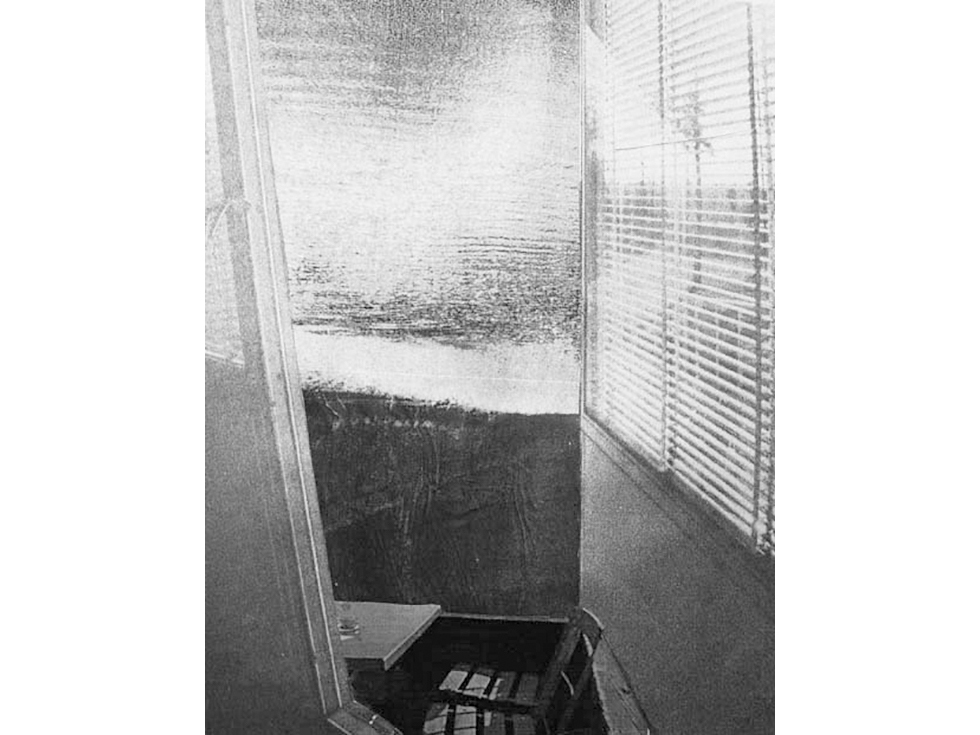 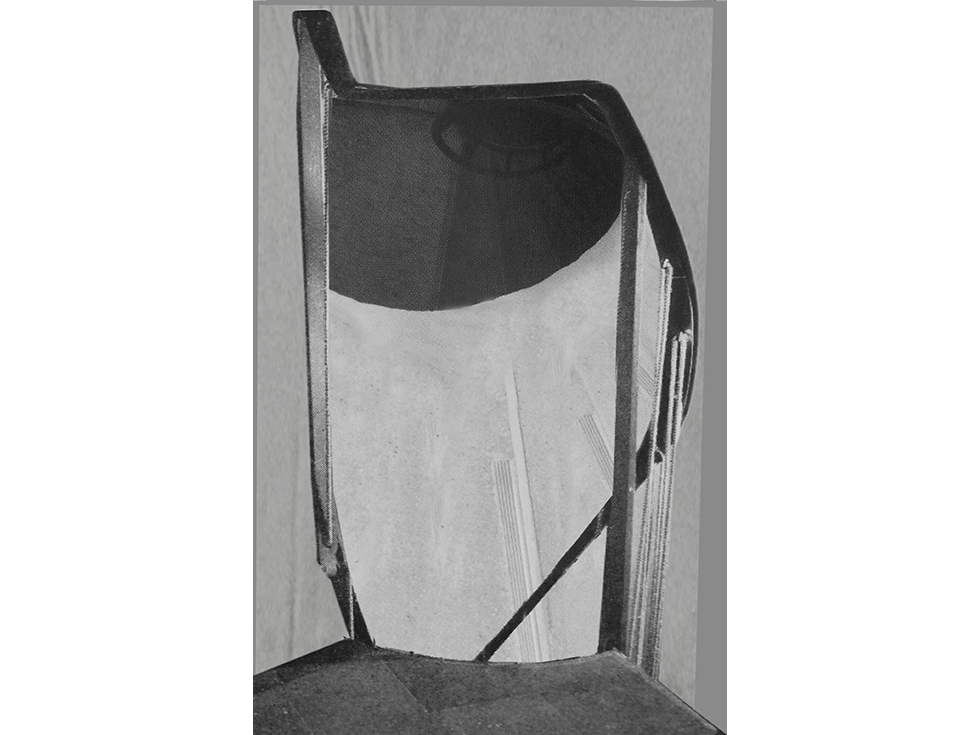 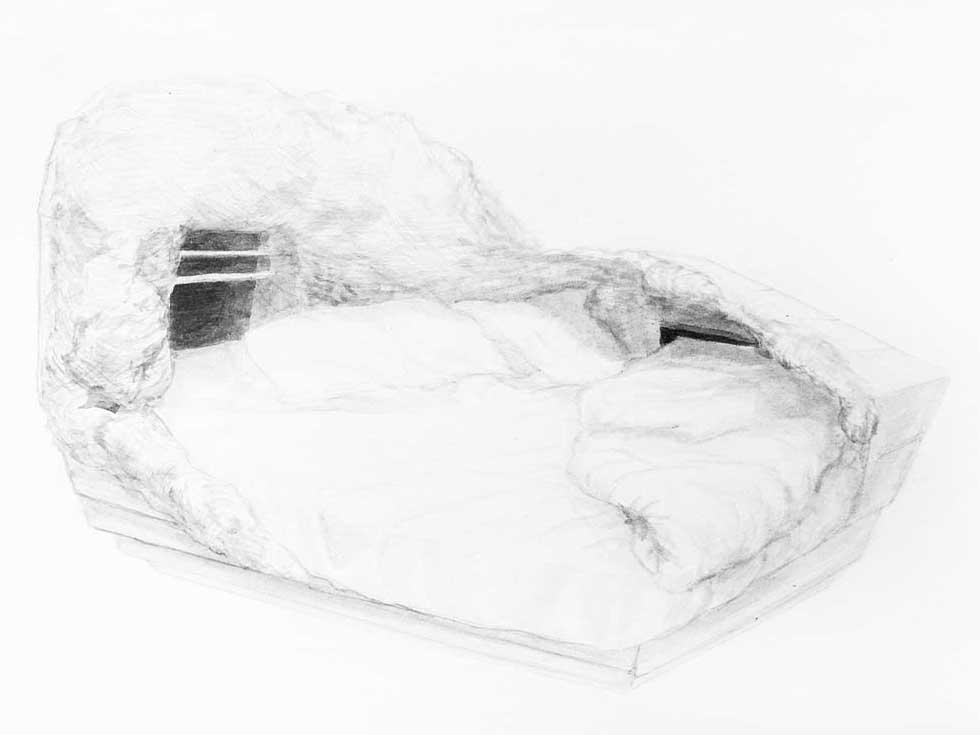 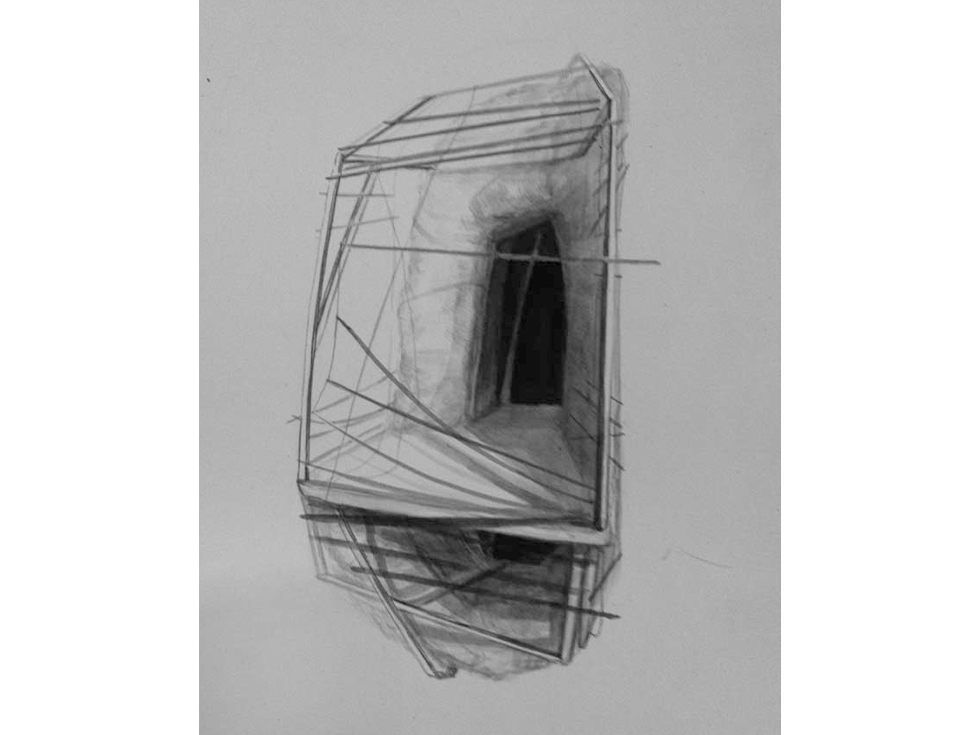 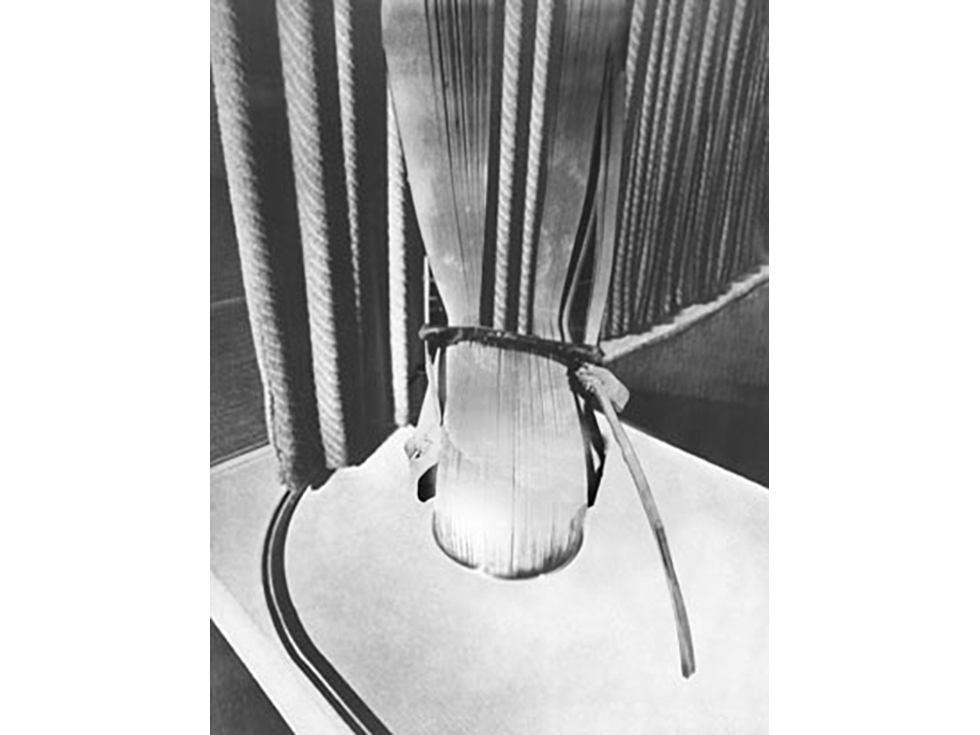 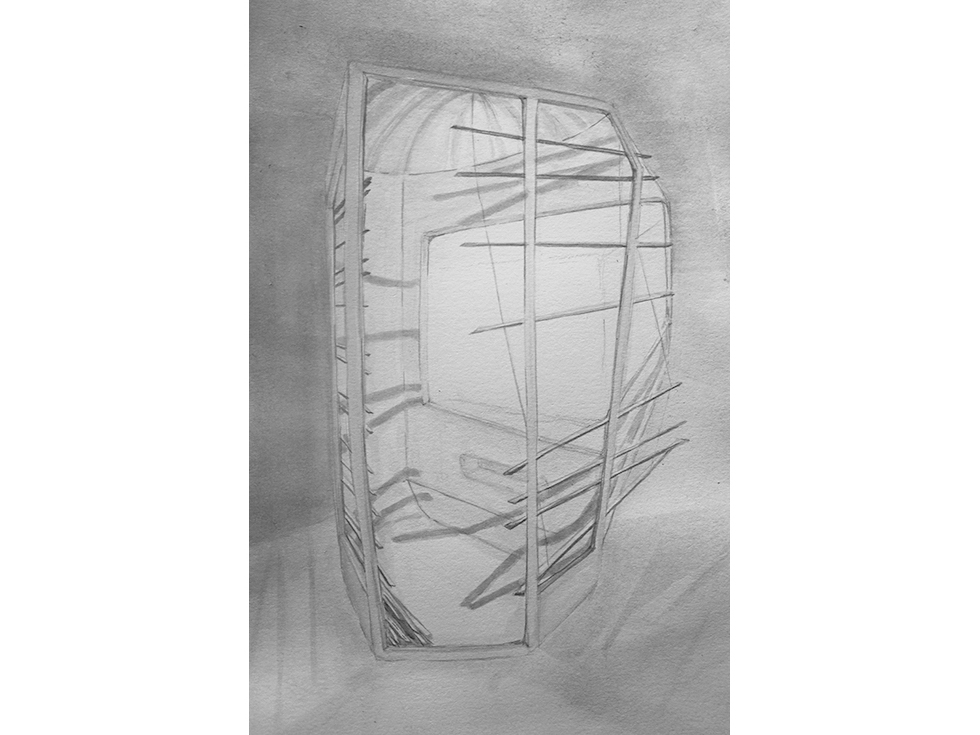